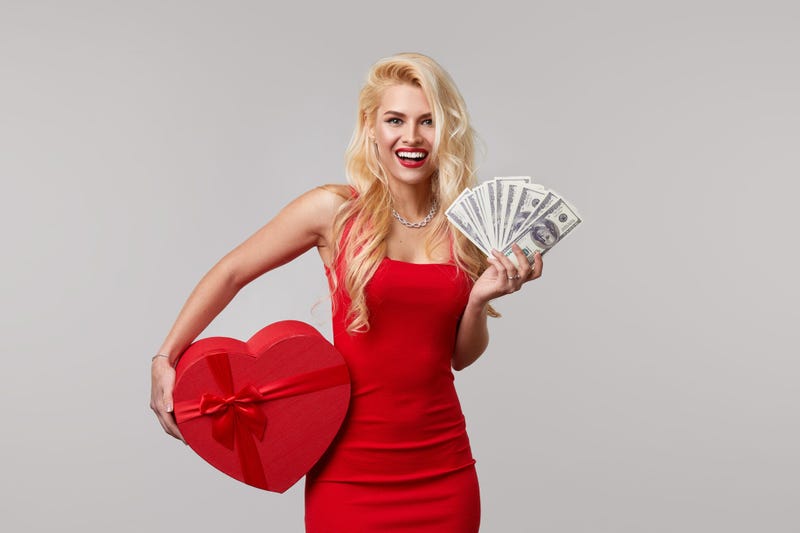 A new survey by Lending Tree shows lovers plan to spend 44% more than they did last year to celebrate the romantic holiday.

What's included in that price? Well, for starters, a nice dinner out on the town! 37 percent will go out to eat, an uptick from the 26% last year.

“They’re spending on dining out, shows and other typical Valentine’s Day trappings that they might have shied away from the past couple of years,” says Matt Schulz, chief credit analyst at LendingTree.

Six-figure earners will spend more with an average $413 for their sweetheart.

Men will also spend more with an average of $299.

Roughly a third of people surveyed say they're likely to charge those romantic gestures on their credit card, but about half of that group say they would hide the debt from their significant other.

About three in 10 Americans admit they have spent more than they can afford on past Valentine's Days to impress a love interest.

Who is coughing up the big bucks? The survey found that couples in the early-stages of their relationship will spend the most. Engaged couples will also spend more (on average $322), while married couples will spend roughly $219.

“People tend to go big when they’re in the early stages of a relationship,” says Schulz. Over time, the spending decreases, he reveals, adding that “Some may get a little more practical, choosing to spend their money on things that serve them better as a couple, such as saving for a home or a vacation.”