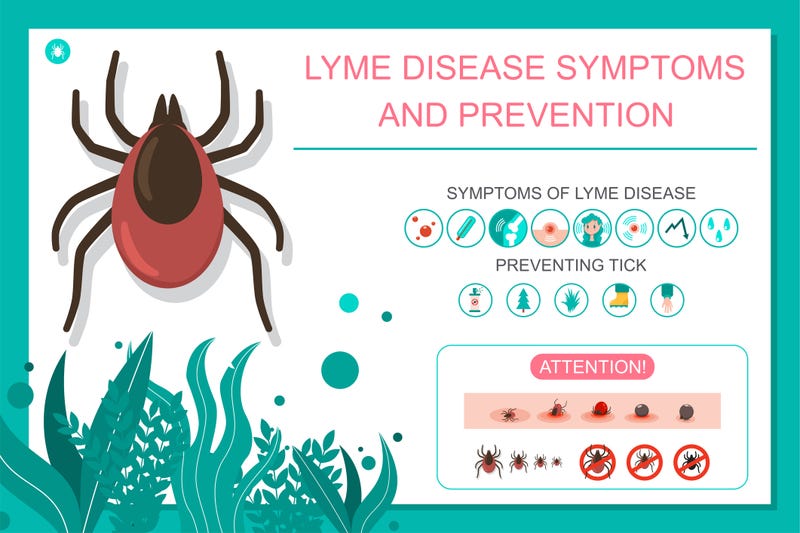 As if there’s not enough health crises to worry about with the ongoing COVID pandemic and the re-emergence of monkeypox, there’s a new threat exploding across the rural parts of the United States.

Over the last 15 years, Lyme disease and other tick-borne illnesses have climbed by 357% in the nation’s heartland, while urban areas have seen a 65% rise.

Lyme disease symptoms include headache, fatigue, fever and a skin rash, and if left untreated, the illness could spread into joints, the nervous system, and even the heart.

There are 27 tick-borne diseases total worldwide, and 18 of them are present in the U.S. Ticks are also the leading transmitter of pathogens from the animal population to humans, making it imperative that scientists track the tick populations across the country.

“We want to make sure that people are aware that there is a risk that maybe they didn’t have as they were growing up in these communities,” Rebecca Eisen of the CDC told PBS.

If you suspect you have contracted Lyme disease, see a doctor as soon as possible to start an antibiotic treatment. The sooner you are diagnosed and begin treatment, the less chance that the disease will affect the central nervous system, an outcome that would require more serious methods of treatment like intravenous medication.