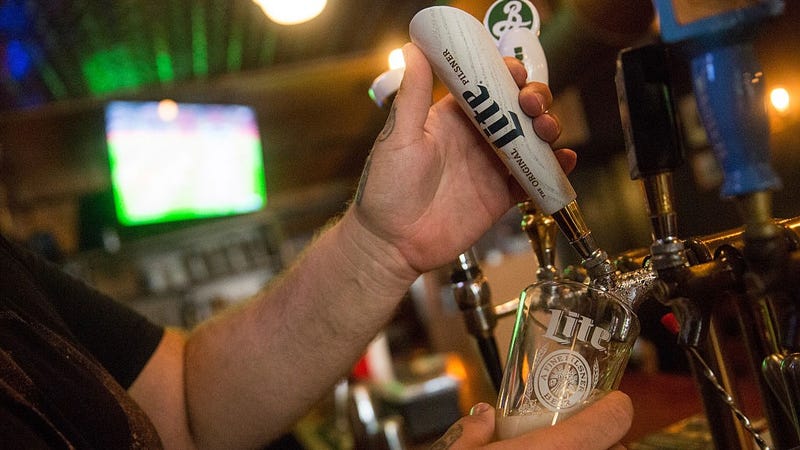 Going on a liquid diet that only consists of beer sounds like a challenge someone in a college fraternity would attempt, not something done for religious reasons.

Del Hall, a Cincinnati native, has taken the Christian observance of Lent, where people usually give up eating chocolate or drinking soda for about 40 days leading up to Easter, to a whole new level by committing to only drinking beer.

As he's nearing the end of his all-beer diet (Easter is on Sunday, April 17), Hall has somehow lost weight over the last month -- 25 pounds to be exact.

"It’s a way to get back into a healthy mindset, to look at food in a healthy way," Hall told WCPO. "I decided I’m going to turn this into a beer diet to show people that you can use beer in a healthy way and not vilify it as this evil alcohol."

Hall has done the all-beer diet during Lent for four years now. His mindset is much different than a college student's would be, as he told the news station that getting drunk all the time isn't the goal. He also follows some advice from doctors by staying properly hydrated and taking a multi-vitamin daily.

"We're in for the artistry," Hall said. "The love and passion of beer, (I'm) not into it just to get drunk."

Luckily for Hall, there are countless varieties of beer nowadays, so he isn't stuck drinking the same old light beer every single day.

“Sweet? I'll drink a milk stout, or pastry stout," Hall said. "If I want something fruity, I'll drink one with raspberries in it. There's so many things that can fill your cravings when you’re hungry."

Hall is using his all-beer diet to give back by raising money for the Ken Anderson Alliance, a nonprofit that provides opportunities for adults with disabilities. They've raised $5,000 so far this year, and is aiming to raise $25,000 in total by the end of the all-beer diet with a special bar crawl on April 24.

"I have a 15-year-old daughter who has cerebral palsy," Hall said. "Even though she's a juvenile now, she'll be an adult with a disability. The Ken Anderson Alliance is an amazing foundation that supports adults with disabilities. I feel like someday my daughter will want to use these services that Ken Anderson provides."

Hall was able to raise more than $10,000 in 2020 before the COVID-19 pandemic began during his all-beer diet, and lost an astonishing 50 pounds in the process.

Back in 2019, Hall told Cincinnati.com that he lost 41.5 pounds during the all-beer diet and learned how to stop having an unhealthy relationship with food. He regained about 20 pounds between the fasts in 2019 and 2020.

"When I thought I was hungry, I wasn't. True hunger isn't that rumbling in your tummy," Hall said. "If I didn't eat for 46 days, missing one meal isn't going to kill me."