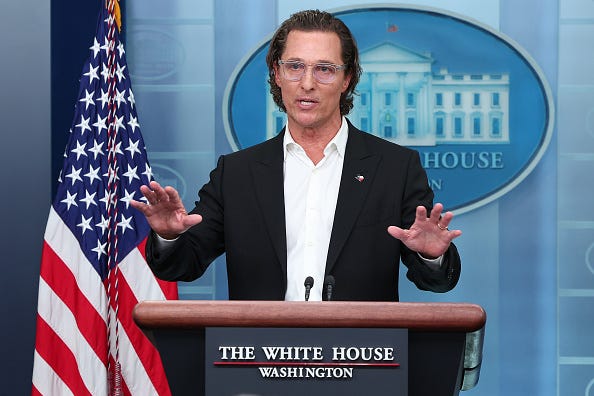 In an emotional press briefing, the actor shared how he and his wife, Camila, spent time with the victims’ families in Uvalde.

“..(I)f we could share it, that somehow, maybe that would make Alithia smile in heaven,” McConaughey said. “(Her parents) told us that sharing Alithia’s art would in some way keep her alive.”

He spoke on the lime green high top shoes worn by nine-year-old Maite Rodriguez as Camilla held them in her hands.

“She wore these every day,” he told reporters. “Green Converse, with a heart on the right toe. These are the same green Converse on her feet that turned out to be the only clear evidence that could identify her at the shooting.” He smacked the podium. “How about that.”

He shared the love story of teacher Irma Garcia and her husband, Joe Garcia, calling them “the glue of the family” and sharing their plans to paint their house. 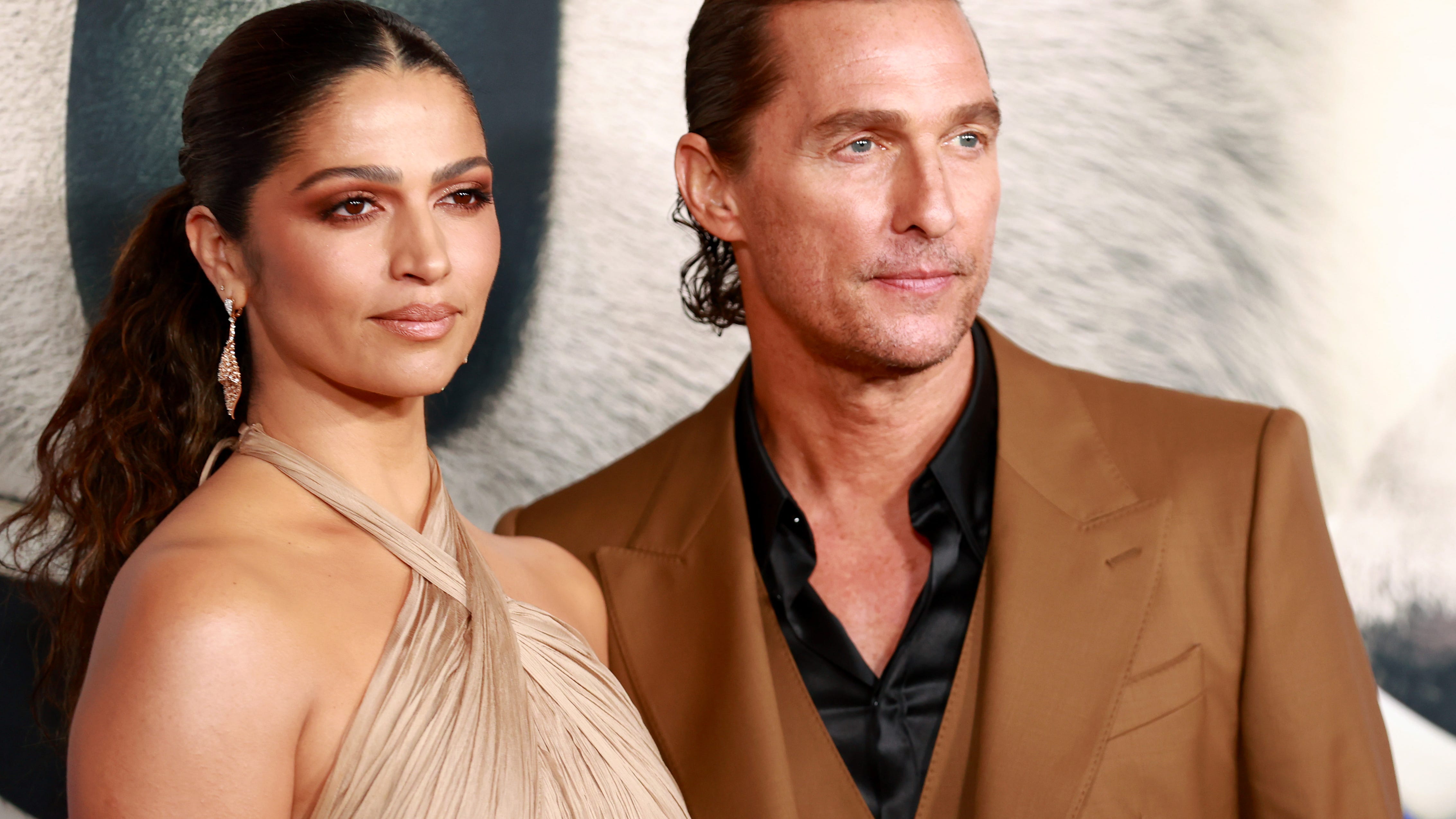 “Irma was one of the teachers gunned down in the classroom,” he said. “Joe, her husband, literally died of heartache the very next day, when he had a heart attack. They never got to paint the back of their house.”

McConaughey, who met with President Biden and other lawmakers earlier, used the presser to call for “responsible gun ownership”, having written an editorial in the Austin American-Statesman about it.

“We need background checks, we need to raise the minimum age to purchase an AR-15 rifle to 21, we need a waiting period for the rifles, we need Red Flag Laws, and we need consequences for those who abuse them,” he told reporters, calling them “a step forward for a civil society and the Second Amendment.”

He also said this should be a “non-partisan issue.”

“There’s not a Democratic or Republican value in one single act of these shooters,” he said. “There’s not. But people in power have failed to act. So, we’re asking you…and I am asking you, will you please ask yourselves, ‘Can both sides rise above? Can both sides see beyond the political problem at hand and admit that we have a life preservation problem on our hands?’”

McConaughey said it’s time to take action so that “the American dream is not an illusion.”

“We start by making the right choices on the issue that is in front of us today,” he said. “We start making laws that save innocent lives and don’t infringe on our Second Amendment rights.  We start right now by voting to pass policies that can keep us from having as many Columbines, Sandy Hooks, Parklands, Las Vegas’s, Buffalos and Uvaldes from here on.” 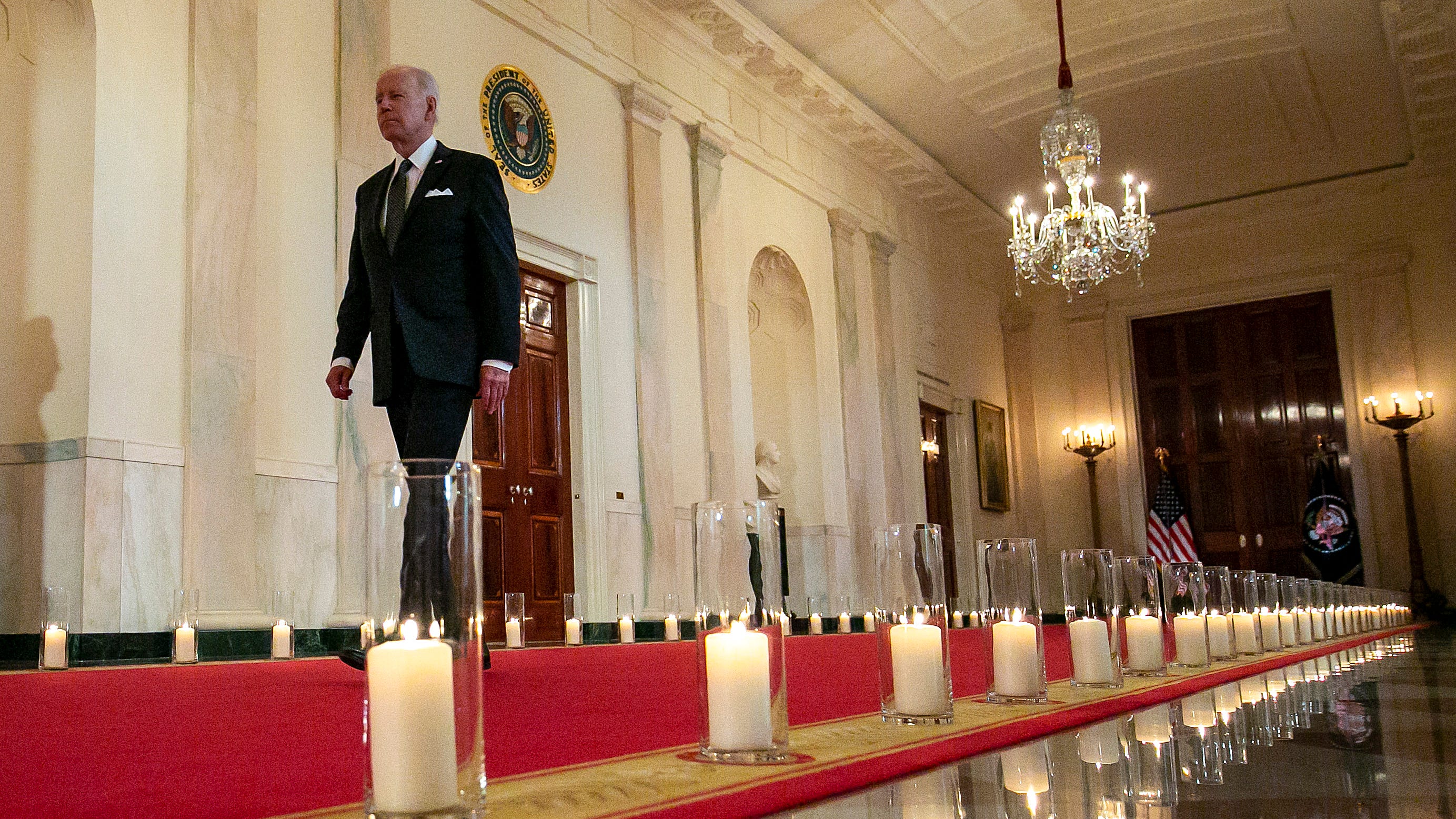