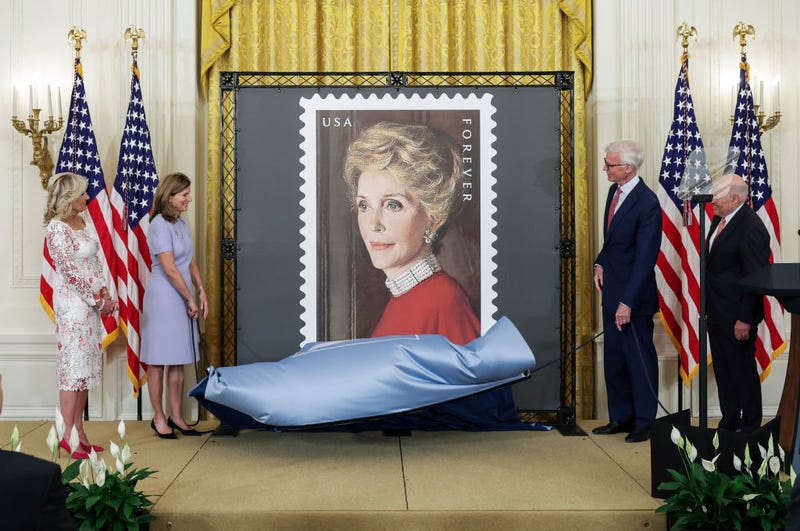 Artwork for a new commemorative stamp honoring the centennial of former First Lady Nancy Reagan’s birth was unveiled Monday at the White House, according to the United States Postal Service.

Current First Lady Jill Biden presented the artwork along with Postmaster General Louis DeJoy, Reagan’s niece Ann Peterson and Fred Ryan, chairman of the Ronald Reagan Presidential Foundation. A dedication ceremony for the new stamp will be held July 6 – which would have been Reagan’s 101st birthday – at the Ronald Reagan Presidential Library and Museum in Simi Valley, Calif. 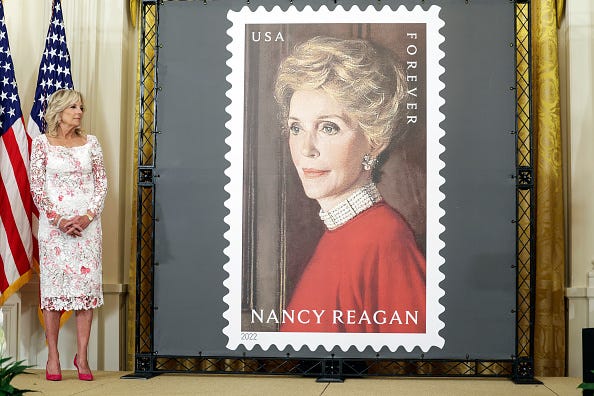 She was born in New York City, N.Y., and grew up in Chicago, Ill. Reagan attended the Girls’ Latin School and Smith College in Massachusetts, where she majored in theater. After touring with a road company, the professional actress landed a role in a hit Broadway musical and appeared in 11 Hollywood films from 1949 to 1956.

In 1951 she met her husband, who was also an actor and at the time was serving as president of the Screen Actors Guild. They married the following year.

“Nancy Reagan brought grace and honor to her role as first lady. She was fiercely loyal to her husband and her country, always placing them first. I am sure she would be humbled by this special tribute,” said her niece of the new stamp.

“Her own stamp! I’m sure she never expected to receive an honor like this,” said her son Ron Reagan, who was unable to attend the ceremony this month.

When her husband took on a career in politics, Reagan took on charitable causes, including visiting veterans, the elderly, and the emotionally and physically handicapped. She was also passionate about drug and alcohol use prevention, especially among young people, and maintained an interest in the arts until she passed away in 2016 at 94 years old.

“Through our stamp program, the Postal Service seeks to commemorate and celebrate the very best of America, and Nancy Reagan truly represents that ideal,” said Postmaster General DeJoy. “The Postal Service takes great pride in our mission to bind the nation together and through the issuance of the Nancy Reagan stamp, we hope to provide the means for the public to come together in remembrance and commemoration of this great and impactful American. I, along with the 650,000 women and men of the United States Postal Service, am proud to honor First Lady Nancy Reagan with this stamp.”

According to the postal service, Reagan was one of the most significant first ladies of modern times.

Nancy Reagan forever stamps are available in sheets of 20 for $11.60 through the USPS.