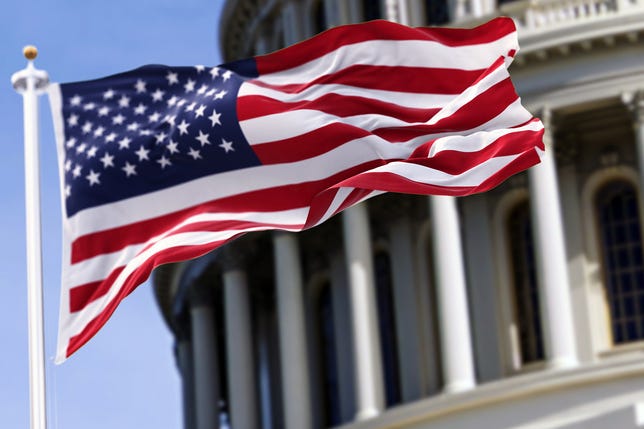 A group of lawmakers want to make sure that American flags are made in America.

A proposed bill titled the "All-American Flag Act" would require the federal government to exclusively purchase flags that are manufactured in the United States, using 100% American-made materials.

"American flags should be made in America, period," Senator Brown said in a statement. "Today, half of the materials that our women and men in uniform fight under can be made in China. We have to change that. We shouldn't use taxpayer dollars to purchase American flags made overseas when American companies... proudly produce the American flag."

"There is absolutely no reason why taxpayer dollars should go to foreign governments to buy American flags," he said.

"The American flag serves as a symbol of our identity, resolve, and values as one people. To honor its significance, the federal government should only use flags entirely manufactured in the United States," said Senator Collins. "This bipartisan legislation will ensure that the symbol of our nation is preserved while supporting American jobs and manufacturers."