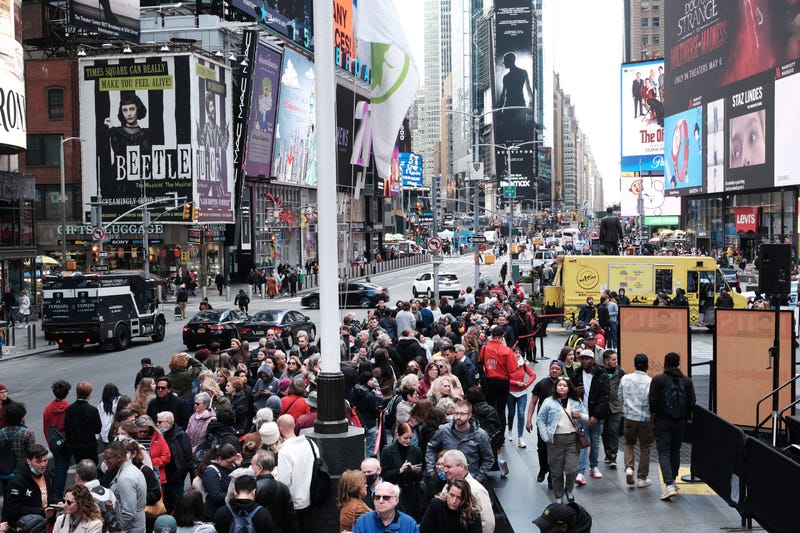 The city’s health commissioner, Dr. Ashwin Vasan, announced the increased alert level in a statement, just a day after warning the city was all but certain to reach the threshold for it.

“New York City has transitioned to a high COVID alert level, meaning now is the time to double down on protecting ourselves and each other by making choices that can keep our friends, neighbors, relatives and coworkers from getting sick,” Vasan said in his statement.

“As a city, we have the tools to blunt the impact of this wave, including distributing tests, masks and promoting treatments,” the commissioner said. “Getting back to Low Risk depends on everyone doing their part and if we follow guidance, our forecasts anticipate this wave’s peak will not last long. What we do now can make all the difference.”

UPDATE: The COVID-19 Alert Level in NYC is now 🟧high. There is high community spread of #COVID19 and pressure on the health care system is increasing.

No new restrictions or health measures were immediately announced Tuesday, but officials said people should wear high-quality masks in all public indoor settings and crowded outdoors spaces in the city.

People should also consider avoiding higher-risk activities like crowded indoor gatherings, and gatherings should be limited to small numbers. Those at higher risk should avoid crowded settings, especially if indoors, officials said. 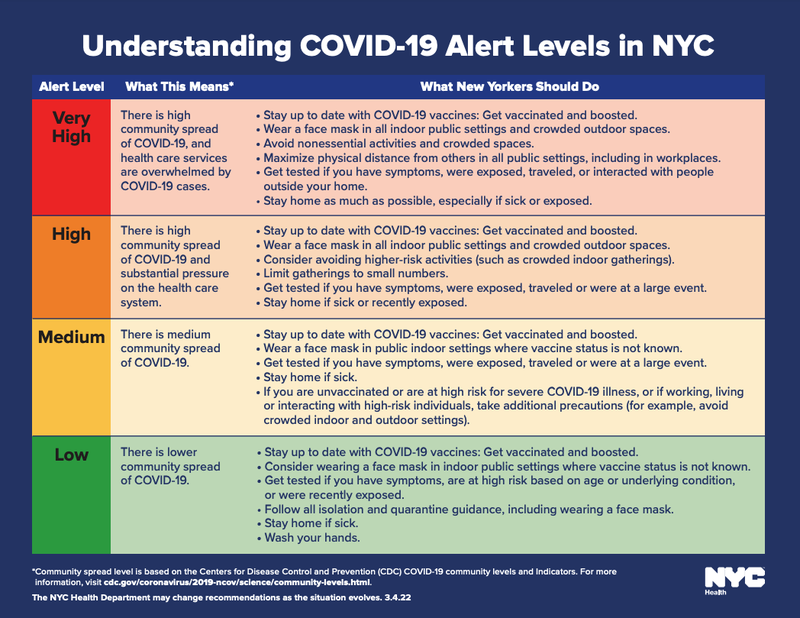 The city moved from a "medium" to "high" risk COVID-19 level on Tuesday. Photo credit NYC.gov

Officials also urged people to get vaccinated and boosted, as well as tested if they’re symptomatic or were potentially exposed to the coronavirus.

Mayor Eric Adams announced Monday that the city is “bolstering” its COVID-19 preparedness “as the city prepares to potentially hit a high-alert level in the coming days.”

Daily cases in the city are increasing and are now averaging more than 3,400 per day, according to Health Department data. The city’s seven-day positivity rate is "stable" at 9.11%.

Dr. Jay Varma, an epidemiologist who served as a pandemic adviser to former Mayor Bill de Blasio, told 1010 WINS that over the past two months, infection rates have been rising in New York and “don’t seem to be coming down at all.”

“Unfortunately, we continue to see that this virus is a very wily and formidable threat,” Varma said.