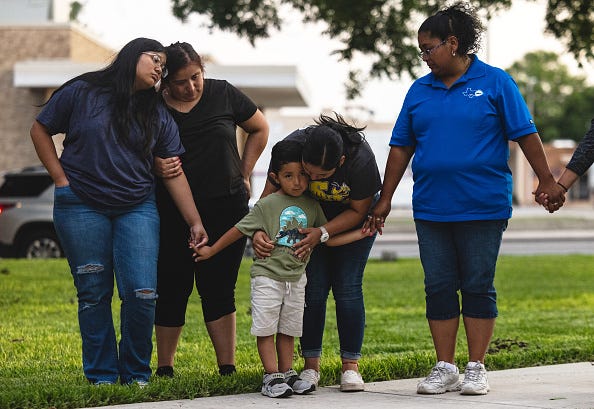 PHILADELPHIA (KYW Newsradio) — Ashley hugged and kissed her 6-year-old son and watched him join the other kids at Fitzpatrick Elementary in Northeast Philadelphia Wednesday. She hasn’t talked to him about what happened more than 1,800 miles away in a school just like his in Uvalde. Not yet.

“I didn’t mention that to him because I didn’t want him to worry about that coming to school,” she said. “It scares me to death. I want to keep him home but I can’t. We just do the best we can.”

Leading conversations about gun violence with young students is never easy, especially after the gruesome rampage in Texas where an 18-year-old gunman killed at least 19 children and two teachers on Tuesday.

The 18-year-old attacker went on a shooting spree from classroom to classroom at Robb Elementary School, but he was ultimately killed by a Border Patrol agent who rushed into the school without waiting for backup, according to a law enforcement official.

The assault took place in the heavily Latino town of Uvalde, adding to a yearslong series of mass killings at churches, schools and stores. It was the deadliest shooting at a U.S. school since a gunman killed 20 children and six adults at Sandy Hook Elementary in Newtown, Connecticut, in December 2012.

“The level of violence and trauma that children are experiencing on a regular basis is just so abnormal,” said Qiana Pray, a School District of Philadelphia counselor at the Academy at Palumbo.

As a counselor, she often has open dialogues about gun violence at school — it happens across Philadelphia on a consistent basis. 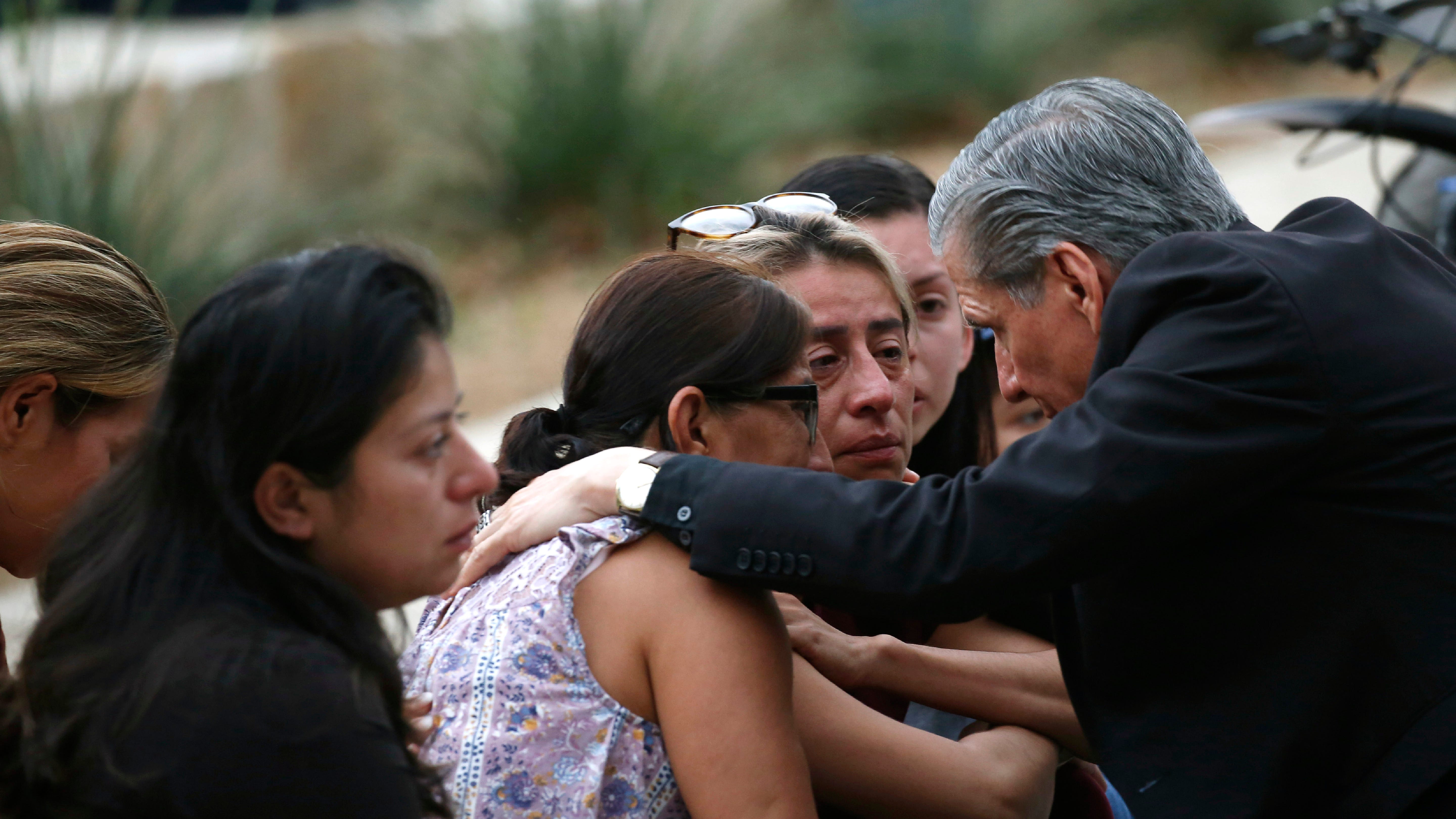 “We realize that one life lost to gun violence is too many lives lost,” she said, “and having it happen repeatedly in our city is awful. Then when we hear about it happening in other places, it’s like, ‘Oh God, this is really awful.’ ”

Violence is never an easy conversation to have with kids, but it is an important one.

Clinical psychologist Dr. Jaime Zuckerman has three children of her own.

“I don’t think there’s words as a parent to be able to describe the emotions that we’re having,” she said in response to the Uvalde tragedy. “As a clinical psychologist, I can tell you that it shakes our core of what we believe in our society to be safe.”

Zuckerman said it’s important for your kids to see you upset — it validates their emotions and gives them emotional cues to know how they can respond, and that it’s OK to respond.

“If [parents] feel that this messed up their sense of safety as an adult, they have to understand that their child will be scared more so as they are, because they don’t have as much an understanding as this,” she explained. “Ask them what they know. Ask them what their friends are talking about. Make it a very safe environment somewhere in your house where you can have this open conversation with them.

“You don’t want to ignore the topic, even if it’s uncomfortable. As a parent, you have to be willing to have an uncomfortable discussion with your child. If you wait till they’re comfortable, you’ll never do it.”

Matt Cywinski dropped off his 11-year-old son at Fitzpatrick Elementary, as did Frederick Price with his sixth-grader. Both gave their children advice before the start of school.

“[Told] him to be prepared,” said Cywinski. “Don’t do anything stupid if anything like that happens. Don’t try to be a hero. Listen to the teachers and try to stay safe.”

“Bad people do bad things, for the most part,” Price explained to his daughter. “Everyone is not like that. And, be on the lookout — so be cautious about everything around you, your surroundings.”