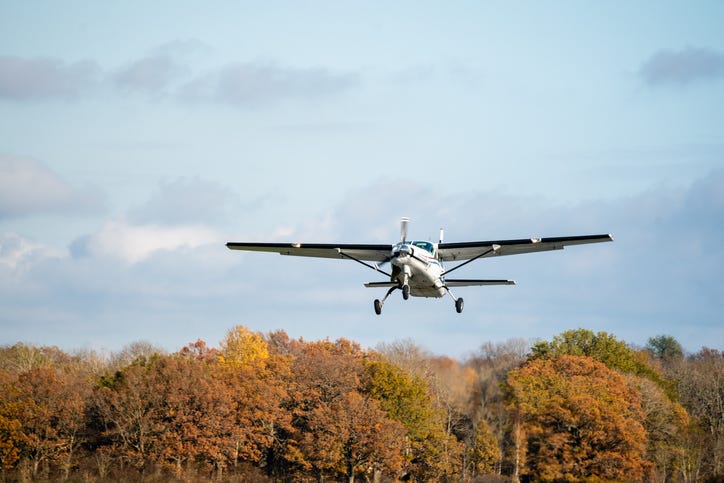 A man with no flying experience managed to successfully land a small plane at a Florida airport after the pilot became unresponsive in the middle of a flight.

The incident happened Tuesday afternoon as a single-engine Cessna 208 was flying near south Florida after leaving the Bahamas, CNN reported. Only the pilot and two passengers were onboard.

After the pilot suffered an apparent medical issue, one of the passengers called air traffic control for help.

"I've got a serious situation here," the man said in LiveATC audio obtained by CNN. "My pilot has gone incoherent, and I have no idea how to fly the airplane."

Air Traffic Controller Robert Morgan, who is also a certified flight instructor, jumped on the line and gave the man instructions on how to land the plane after pulling up a photo of its instrument panel.

"Try to hold the wings level and see if you can start descending for me. Push forward on the controls and descend at a very slow rate," Morgan said. "Try to follow the coast either north or southbound. We're trying to locate you."

Morgan told CNN he decided to guide the airplane to Palm Beach International Airport, the largest in the area, "just so he could just have a really big target to aim at."

The plane safely touched down in a near perfect landing -- something that takes about 20 hours to learn with typical flight instruction, according to CNN. Morgan said the landing nearly brought him to tears.

"I was really happy that it worked out and that nobody got hurt," he said, adding that he also got to meet the impromptu pilot. "It was an emotional moment. He said that he just wanted to get home to his pregnant wife. And that felt even better."

The Palm Beach County Sheriff's Office said one person was taken to a hospital, but their identity and condition were not released, WPTV reported.

The Federal Aviation Administration is investigating the incident.