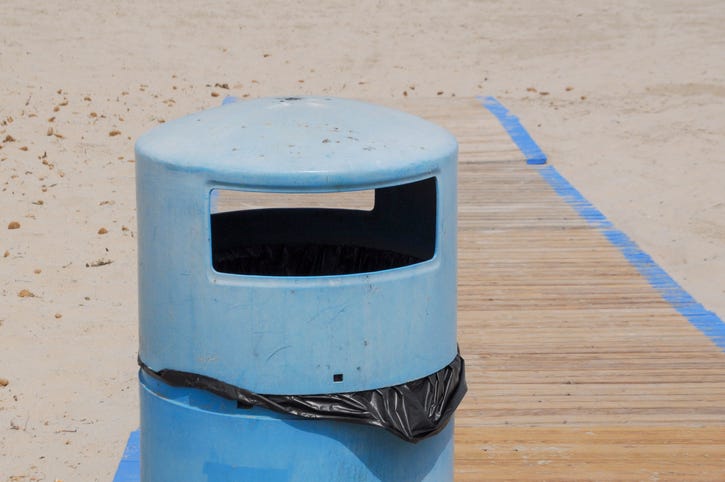 This trash can took lost at sea to a whole new meaning. A blue plastic barrel from Myrtle Beach, South Carolina, made its way to Mulranny Beach in County Mayo, Ireland.

The barrel was found 3,500 miles from home by Kieth McGreal, who found it washed ashore like a piece of driftwood, the New York Times reported. McGreal could tell it was a foreign trash can when he saw stickers on its sides that read "City of Myrtle Beach, South Carolina."

The 44-year-old McGreal is a safety and environmental officer who found the barrel while he was out with his family.

"It was covered in goose barnacles as well," McGreal said to the Times. "I explained to the kids that if something is in the ocean a while like that, those shells have to grow on the outside of it. It was obviously in the water for a long time, making its way across the sea." 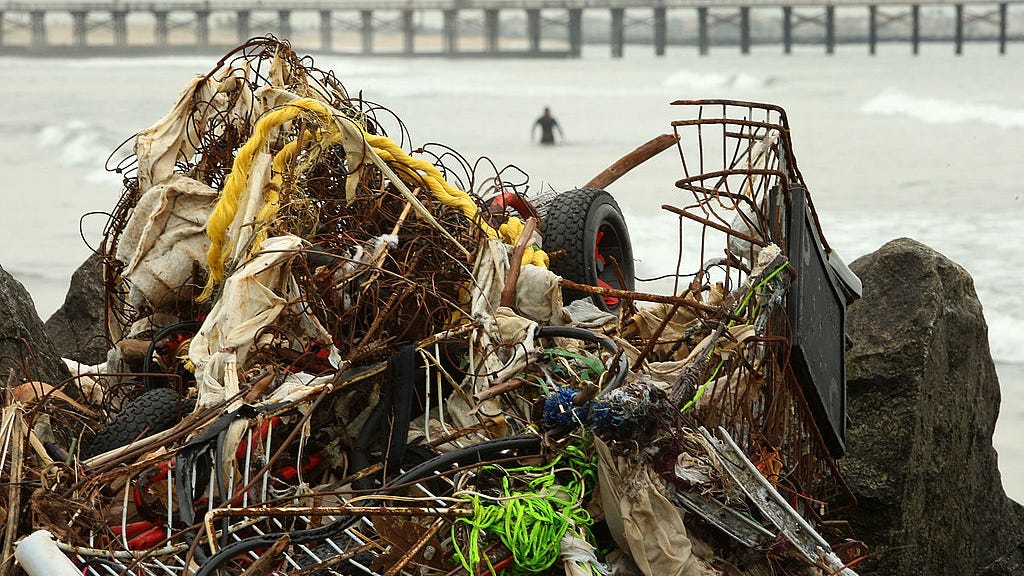 Cleanup device removes 20,000 pounds of plastic out of the Pacific Ocean

Thinking the barrel was like a message in a bottle, McGreal wrote the city of Myrtle Beach to let them know he found their missing trash receptacle.

The city's public information officer, Mark Kruea, shared the email online this week where McGreal wrote that it is "Amazing to think it traveled all the way across the Atlantic."

Wanting to verify that it was actually the city's trash can, Kruea reached out to the city's parks department, who confirmed that it was, in fact, theirs.

"That's in the top 10 things on the Oddities List that I've been keeping these last two-plus decades," Kruea said to the Times.

As for the status of the bin, it is now being used in Ireland with no plan of making the trip back to the U.S.

"They're using it for its intended purpose in Ireland," Kruea said. "Which is pretty cool."