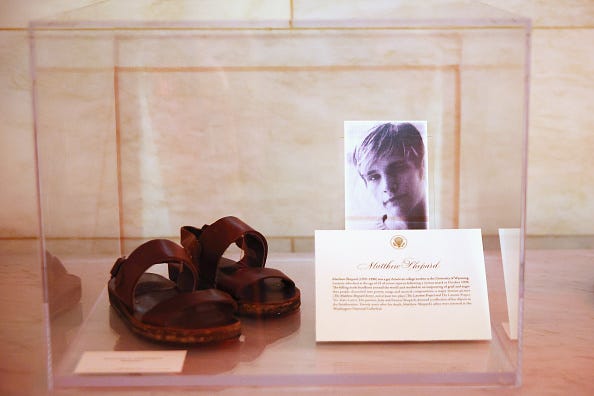 As an openly gay student whose murder was deemed a hate crime, he transformed the country’s views and its relationship with the LGBTQ community almost immediately - and for the better.

With an uptick in anti-LGBTQ laws in recent years, however, it’s believed that society is slowly slipping backwards. Is it too late to change course?

In the latest episode of “It’s OK to Say Gay,” listen as host Femi Redwood revisits an archived 1010 WINS interview with Shepard’s parents.

Additionally, she is joined by Eric Marcus, the host of the “Making Gay History” podcast. Together, the two discuss what life was like for the LGBTQ community back then.