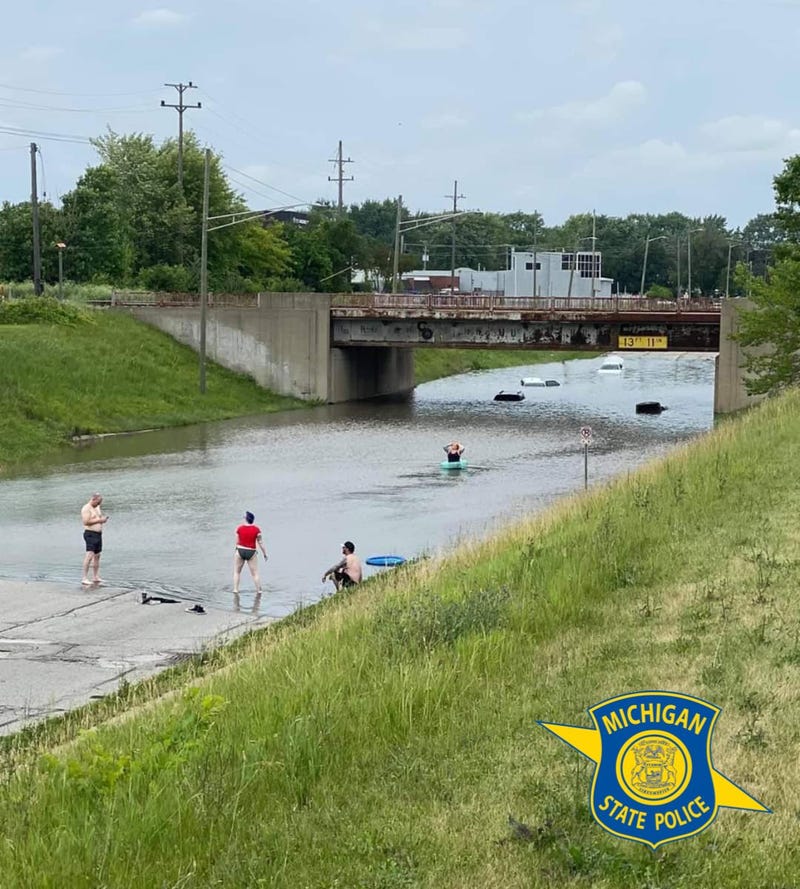 Michigan authorities are advising that residents do not attempt to swim or enter the high water on I-94 or any other floodwaters in the Detroit and Ann Arbor area.

Water began to rise after heavy rains continued, throughout Friday night and into Saturday morning. Hundreds of cars have been left on the interstate submerged in water.

Officials took to Twitter on Sunday morning giving a message they did not think they would have to, “Do not go into the water.”

Finally in the things I would never thought I would have to say: Do not go into the water. This water has debris, sharp metal, submerged cars, gasoline and oil floating in it. There is also a good chance that there is sewage also in the water. In other words it’s gross! pic.twitter.com/R8cjIVrlpz

The water currently has all kinds of things floating in it that could cause health concerns for anyone who chooses to go for a dip. Anything from the sharp metal, submerged cars, gasoline, or oil could be floating in it and could pose serious health risks to swimmers.

It’s like a hurricane here in Detroit #flood #uap pic.twitter.com/I1xwONr7s0

Authorities also believe that there is a good chance of sewage being in the water. If residents choose to go in they will be floating with what they flushed.

Barstool even caught one passerby peeing into the same water that people were seen swimming.

As for now, it is advised the residents do not attempt to drive or enter the waters in any way, but instead wait for the water to go down.

Marine Services Team: The divers rechecked the area of I 94 and Rotunda as we had reports of drivers going around barricades. They checked 8 vehicles, fortunately all were empty. Please do not go around or move barricades. And as always if you see standing water, turn around. pic.twitter.com/YOiu9VRXJ2