It was a feat to marvel - and only one you’d see in San Francisco.

With a crowd of onlookers, gawkers and anxious engineers in tow, a 139-year-old Victorian home was moved a quarter mile the wrong way down a hilly San Francisco street early Sunday. The 80-foot-long home and was hoisted on huge dollies, traveling at just 1 mph downhill from its original location at 870 Franklin St. to its new location at 635 Fulton St.

The move started just after 7 a.m. Sunday with a few hiccups along the way; a banner had to be cut from a city utility pole and long, pesky tree limbs were snipped along the route. 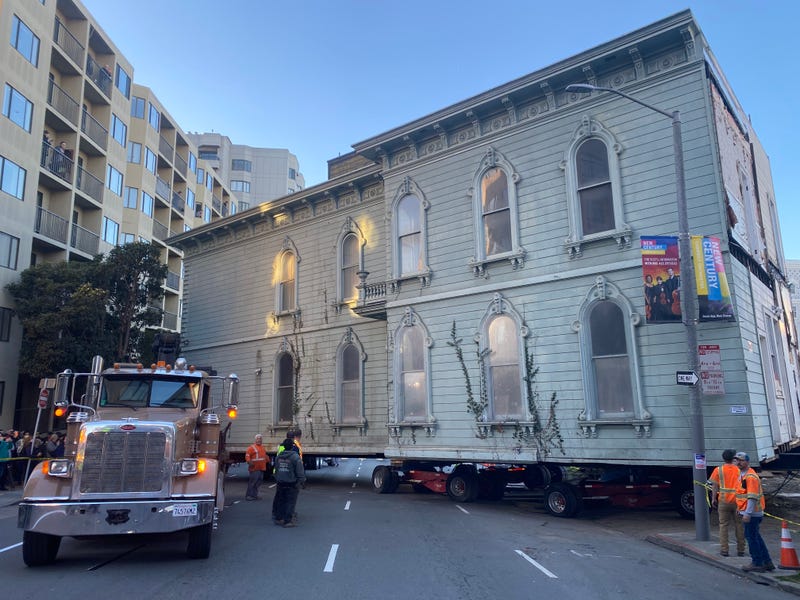 The long house squeak around a corner on Fulton St. during its move in downtown San Francisco on Sunday morning. Photo credit Jennifer Hodges/KCBS Radio

The crowd cheered as the house cleared each hurdle.

Many companies and contractors were involved, including housemover Phil Joy.

Cameron Scott with Scott Heavy Movers, another one of the almost 20 outfits contracted for the huge job, expressed concern about the final destination because the house initially sat backwards.

"We had to pull past the lot and turn around in order to get it in," Scott said. 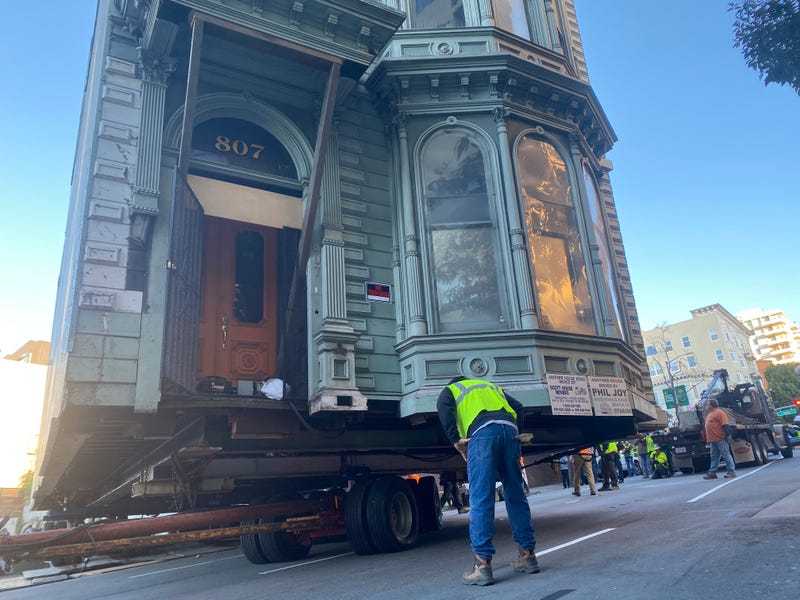 The San Francisco broker who owns the home paid $400,000 in order to move it. Fees to make the move totaled $200,000 alone, according to the San Francisco Chronicle. The now-empty lot on Franklin St. will be developed into a 48-unit, eight-story apartment complex.