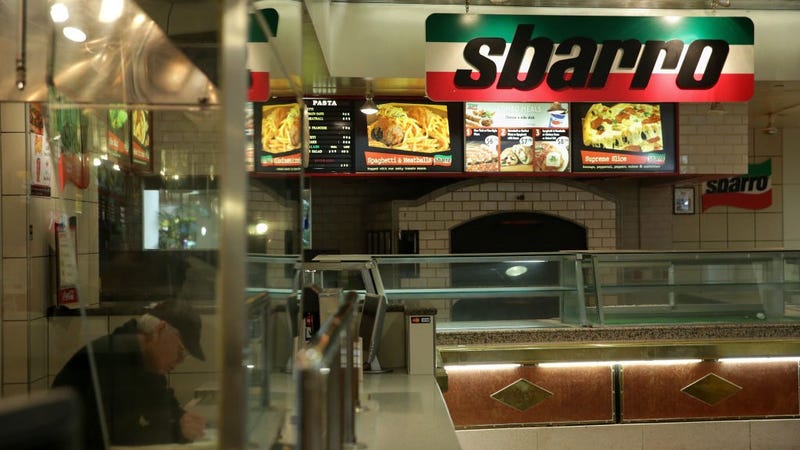 The pizza chain Sbarro has been around since 1956, and later became a staple at mall and airport food courts. It's so ubiquitous that Michael Scott from "The Office" even called it his "favorite New York pizza joint."

While the company has struggled financially over the last decade, including filing for bankruptcy twice due to the popularity of mall food courts declining, Sbarro still has more 600 locations worldwide.

The pizza chain is now looking to expand and plans to open more than 100 new locations at a number of different convenience stores across the United States and United Kingdom.

Sbarro announced the planned expansion on Thursday in a press release, and explained how they aim at making their pizza-by-the-slice more accessible to customers.

"Sbarro has established key franchise relationships with ARKO Corp's GPM Investments, EuroGarages, EG America and Travel Centers of America which are fueling the growth and development of the brand in the United States and United Kingdom," the statement said.

EuroGarages and EG America will also open up dozens of Sbarro locations throughout the U.S. and U.K. by the end of the year at their convenience stores like Turkey Hill and KwikShop.

"Sbarro is not new to convenience— we've been serving handmade XL NY slices to customers on-the-go since 1956," Sbarro CEO David Karam said in the statement.

"Our experience, economical business model, and position as the global QSR leader in the impulse pizza category, make convenience stores and travel centers natural fits for us. We're excited to partner with such strong organizations in this space."

Sbarro hopes that their expansion into convenience stores around the world will increase their popularity as they try to compete with delivery pizza chains like Domino's, Pizza Hut, and Papa John's.