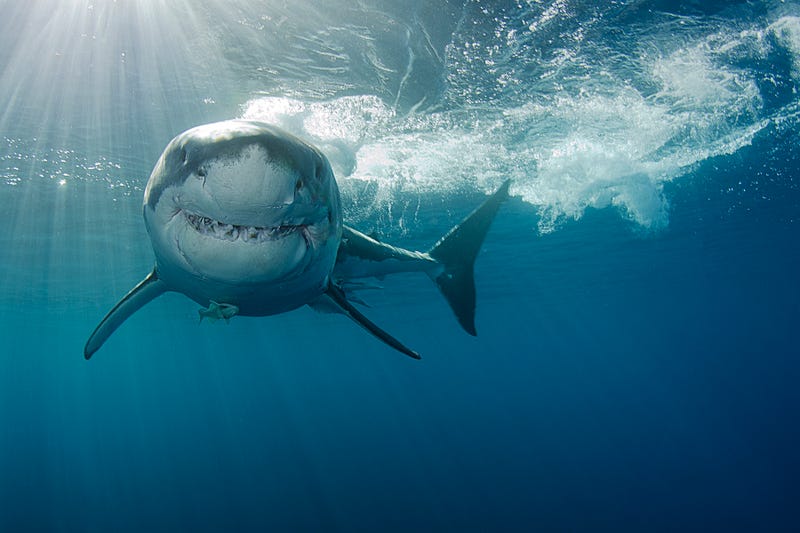 SAN FRANCISCO (KCBS RADIO) – It seems that beachgoers visiting the ocean have had to be more cautious of what is swimming at their feet this year, as reports show that shark encounters and attacks are on the rise.

Shark danger has become more and more common from the east coast to the west coast, with five bites being reported on Long Island in the last two weeks and a swimmer in California being attacked last month.

The 62-year-old swimmer in California suffered from significant injuries to his stomach and arms after being bit. On Long Island, lifeguard Zach Gallo was bit while participating in shark attack training.

“I felt pressure in my hand, pulled it back and I just started hammering, punching and I connected with the shark three times, and then on the third time it spun away,” Gallo told WABC. “I guess my adrenaline, survival instincts kicked in.”

Luckily for Gallo, the personnel that assisted him and gave him first aid were already on the beach and ready to go, but not everyone is as lucky.

So far in 2022, there have been 43 shark attack bites, six of them being fatal and four being provoked, according to TrackingSharks.com.

There have been what seems to be a high number of reports this summer, following the trend from 2020 to 2021.

According to researchers at the International Shark Attack File, there were 73 unprovoked attacks last year, a jump from 52 in 2020, which was also a decade-low.

It is important to note that the 73 attacks last year were not all fatal, and while it seems encounters with sharks are up, deaths are still extremely rare.

For example, the chances of you having a “Jaws” like event happen on your beach vacation is low, with only 1 in 3.7 million dying from a shark attack, according to the Shark Attack File.

In fact, several other ways are more common for people to die, including 1 in 79,746 people getting struck by lightning and dying.

The Center for Disease Control and Prevention also estimates that sharks aren’t even the deadliest thing in the water, as nearly 4,000 people die from drowning alone in the U.S. every year.

Still, if you’re rolling the dice, the organization found that 60% of all reported shark attacks occur in the U.S., with 38% of all shark attacks globally in 2021 happening in Florida.

Sightings in the U.S. are rising, with more people seeing sharks yearly as the species continues to rebound after nearly going extinct in the 1970s.

No matter the case, being aware of the danger, even rare, can mean life or death in certain situations.

“If you do go in the ocean, make sure you are going into an area that’s protected by lifeguards,” Gallo said. 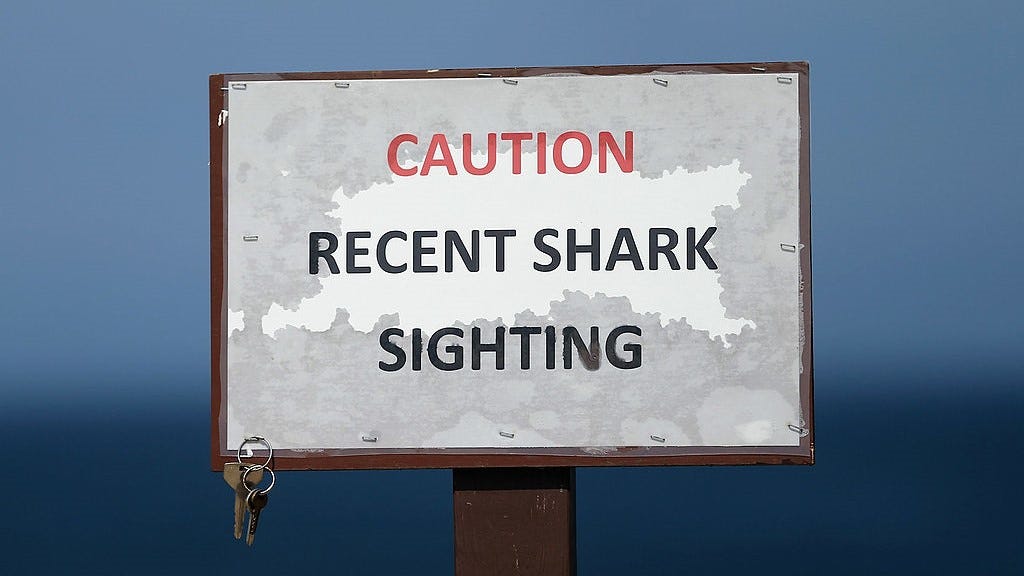