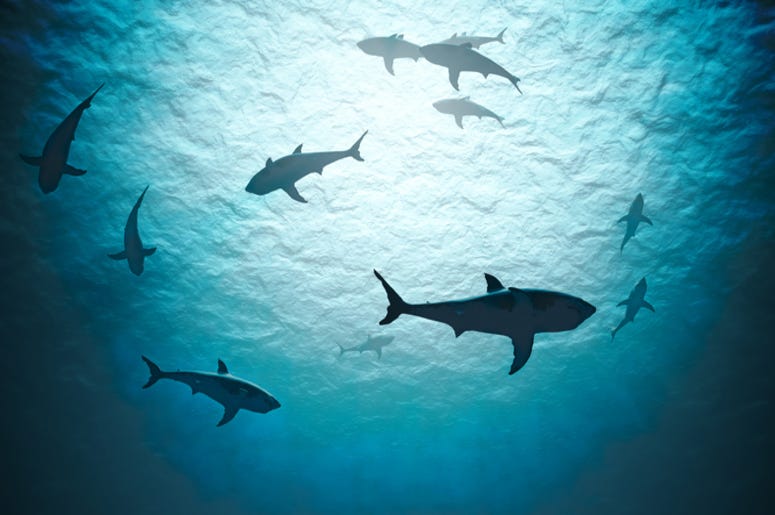 When asked what the scariest animal on earth is, people commonly go with sharks or alligators.

While most humans don’t have to come across these animals too often, an encounter with either is enough to strike fear in just about anyone.

Recently, a video has gone viral showing a standoff between these two terrifying animals. And viewers are left wondering which one they should be more scared of.

Tourist Cory Conlon, hanging out in Hilton Head, South Carolina, spotted an alligator while standing on a dock near the water. His group of friends decided to toss some food to the gator to see if it would react. The alligator didn’t budge, but the food attracted a shark instead.

In the clip, the shark circles the floating alligator, eventually taking a bite of the gator’s foot, causing a quick, violent reaction from both animals. The alligator does not appear to be injured. Eventually, the shark drifts off.

Luckily for the tourists, both animals remained in the water and eventually went their separate ways before causing any serious damage.

According to Bro Bible, the area is common for both sharks and alligators, so anyone with a fear of these beasts may want to stay away.