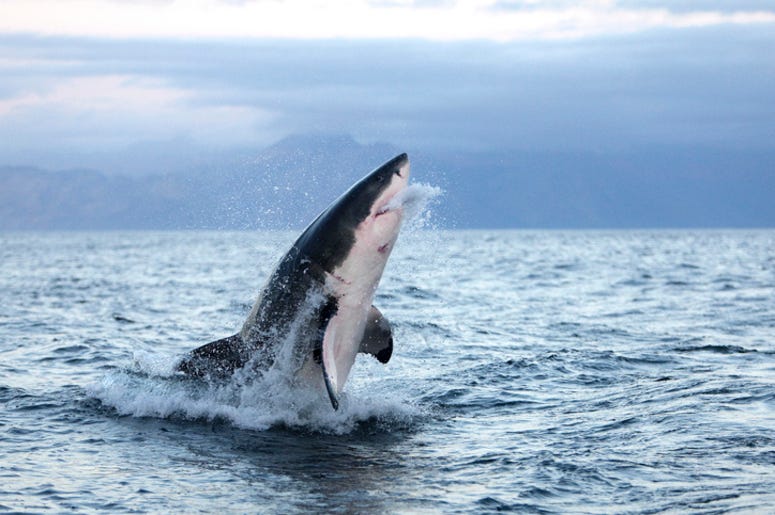 As anyone venturing into the ocean knows, a shark could be right around the corner at any time. Still, one surfer clearly wasn’t expecting to see a shark attempt to ride a wave alongside him.

In a video that recently went viral, a shark is seen leaping out of the water inches away from a surfer catching a wave.

The shark encounter happened recently at North Myrtle Beach right as a mother was filming her son in the water surfing.

In the clip, the 15-year-old surfer successfully catches the wave, but the real surprise occurs only a few inches behind him. As the boy is surfing, a Spinner Shark is seen leaping out of the water.

“We’ve seen sharks in the water before, but never captured video of one; they’re fast! Watch as the shark leaps overhead, just as Ethan pulls his feet onto the board,” the mother captioned her now viral video.

According to Brobible, Spinning Sharks are often seen leaping from the water, though rarely that close to a person. Luckily, neither the boy nor the shark was harmed, so for now the surfing career will continue.