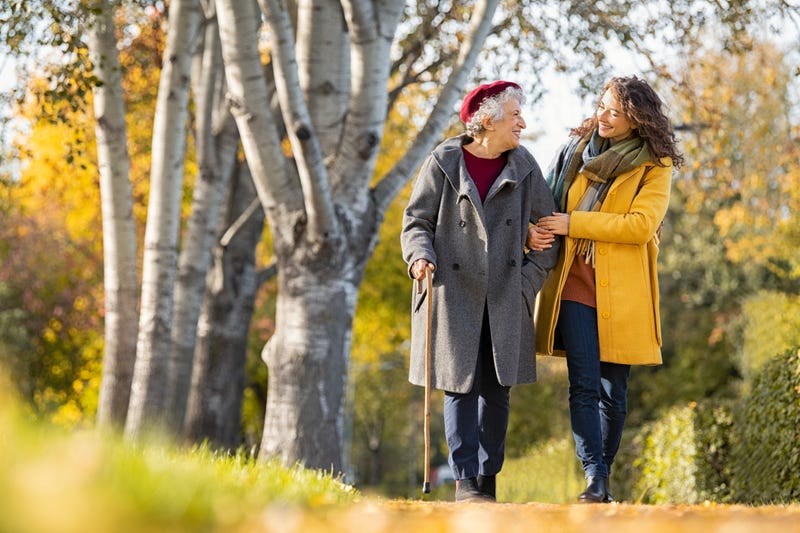 Cooler weather is on tap in just a couple of months. Photo credit Getty Images
By Mark Menard, WWJ

This summer has been hot. There’s no need to sugarcoat that fact because the sugar would likely melt anyway.

Heat waves bringing triple-digit temperatures have moved all across the country over the last couple of months, and at times the scorching blanket has been downright oppressive. But meteorologists at Accuweather have good news: Sweet, sweet relief is on the horizon, even if it may seem a little distant at the moment.

“With pretty good confidence this year," forecaster Paul Pastelok said, "I think it's a mild fall setting up overall for the U.S.”

Accuweather predicts that the warmer-than-average temperatures will however persist through September before a dramatic shift in October, brought on by much wetter weather.

And while those rains will be extremely helpful to drought-ridden parts of the country in the Midwest, Northeast, Mid-Atlantic and along the west coast, the threat of tropical storms and hurricanes will remain ever-present for the southeast through Halloween.

“The severe weather threat will pick up again," Pastelok said. "We do feel a late-season surge may not be as strong as last year when we had quite a bit of tornadic activity, but I still think there's going to be some, and the peak month is October.”

Yet we could see a surreal juxtaposition from the south to the north as the warm waters of the Gulf of Mexico and southern Atlantic Ocean remain extremely viable for hurricane creation while the northernmost parts of the U.S. are waking up to chilly mornings with frost forecast to start about a week or two earlier than usual, sometime in late September or early October.

That early frost though is not expected to impact the autumn harvest, meteorologists say.