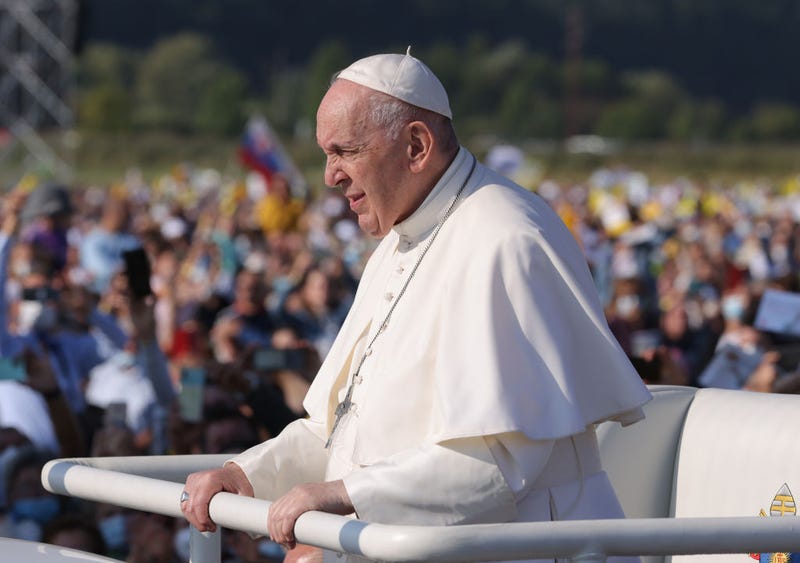 The Pope is once again taking aim at couples who choose to have pets instead of children.

During one of his talks with a general audience at the Vatican in Rome, Pope Francis said childless couples are acting selfishly.

"We see a form of selfishness," he said, according to translations in multiple reports. "We see that some people do not want to have a child. Sometimes they have one, and that's it, but they have dogs and cats that take the place of children. This may make people laugh but it is a reality."

The 85-year-old leader of the Catholic Church went on to say that replacing children with pets and denying parenthood "diminishes us" and "takes away our humanity."

"Civilization grows old without humanity because we lose the richness of fatherhood and motherhood, and it is the country that suffers," he said, according to The Guardian.

The Pope said couples without children are "lacking something, something fundamental, something important."

For couples who cannot physically have children, the pontiff suggested adoption.

"I pray that no one feel deprived of a paternal love," he said.

This isn't the first time the Pope has criticized couples without children. In 2014, he told an Italian newspaper that having pets instead of children was "another phenomenon of cultural degradation." He also said people who substitute children with dogs and cats feel "bitterness of loneliness" in old age, according to the Washington Post.

Countries around the world have been seeing declining birthrates. In the United States, the number of babies born in 2020 dropped by 4% compared to the year before -- hitting a record low. It was the sixth consecutive year that the number of births declined and the lowest number of births since 1979, according to the National Center for Health Statistics.