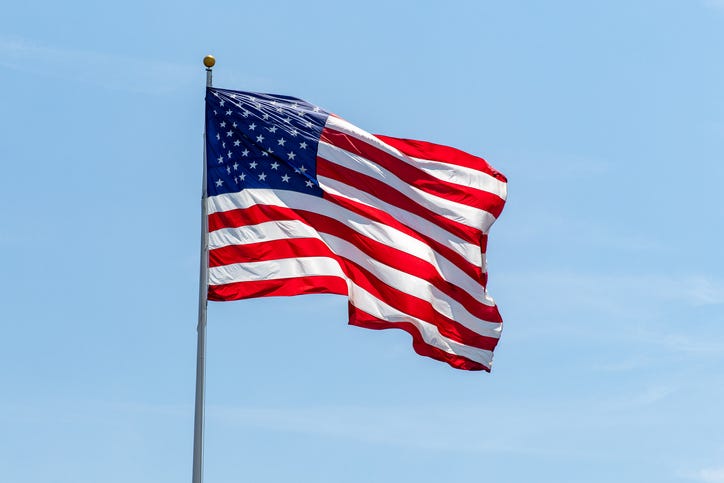 Today, June 14th is Flag Day; a day meant for honoring the American flag and its role in the history of United States of America.

On this day 245 years ago, Congress officially adopted the Star Spangled Banner as our nation's flag. Since then, we've seen 27 different versions of the iconic flag.

It is widely believed that Betsy Ross created the first American flag, but lack of historical evidence says otherwise. Instead, it has been confirmed that Francis Hopkinson, a New Jersey delegate and signer of the Declaration of Independence, designed the iconic flag we still fly today.

The original concept of Flag Day came from the mind of Bernard Cigrand, a teacher in rural Wisconsin. In 1885, he proposed the idea of celebrating the flag every June 14th across the nation.

The same year, he led the first formal observance of the holiday at his school.

It took another 3 decades for President Woodrow Wilson to establish June 14th as Flag Day, officially commemorating the adoption of the "Stars and Stripes" as the national flag of the United States.