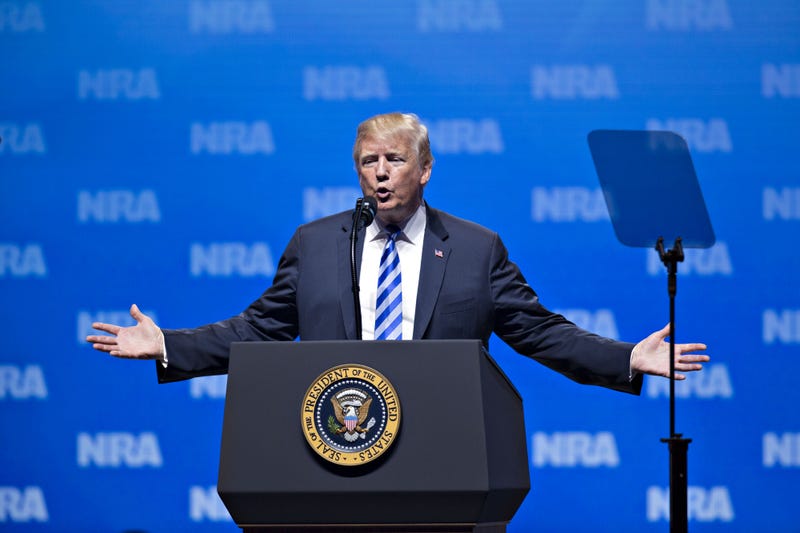 NEW YORK (1010 WINS) -- Donald Trump on Wednesday reaffirmed his commitment to attending the NRA's annual meeting in Texas Friday, one day after a shooting at an elementary school in that state left 19 kids and 2 adults dead.

The NRA Institute for Legislative Action's "Leadership Forum," to be held in Houston, is about four-and-a-half hours from Uvalde, where the shooting took place.

The former Republican president, a vocal opponent of gun control laws, said in a statement posted to Truth, his social media platform, that it was "important" to speak at the gathering in light of the shooting.

"America needs real solutions and real leadership in this moment, not politicians and partisanship," Trump wrote. "That’s why I will keep my longtime commitment to speak in Texas at the NRA Convention and deliver an important address to America."

Then he added, "In the meantime, we all continue to pray for the victims, their families, and for our entire nation—we are all in this together!"

Cruz on Tuesday slammed Democrats "whose immediate solution is to try to restrict the constitutional rights of law abiding citizens ... That doesn’t work. It’s not effective."