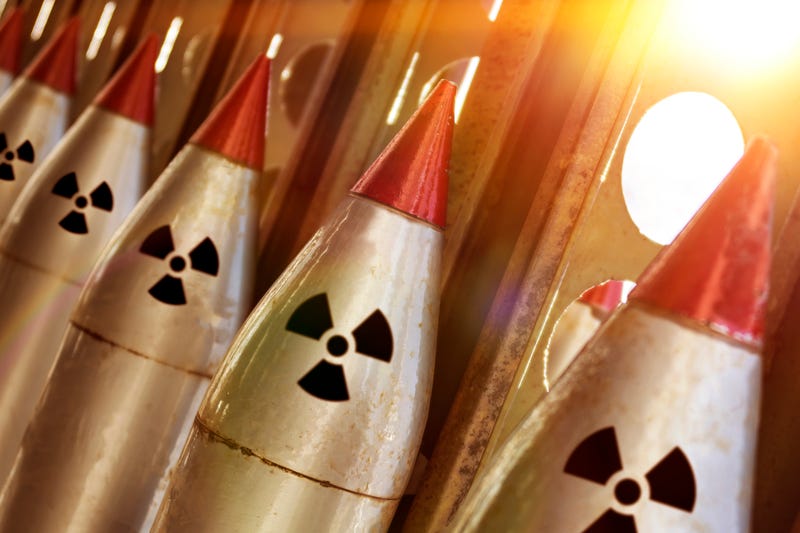 A new report from the Pentagon suggests continued frustration with Ukrainian resistance could turn Russian President Vladimir Putin’s strategy towards nuclear threats against the West.

Testifying before the House Armed Services Committee on Thursday, Berrier said the combined one-two punch of a stalwart if outmanned Ukrainian military and worldwide imposition of economic sanctions on Russia will mean the country begins to run short on some of the necessary tools of modern warfare like “precision-guided munitions,” which could hinder Russia’s invasion.

Already, over 1,000 long-range missiles have been fired into Ukraine as Russian’s military march through the country has continuously hit roadblocks and setbacks.

“As this war and its consequences slowly weaken Russian conventional strength,” Berrier said, “Russia likely will increasingly rely on its nuclear deterrent to signal the West and project strength to its internal and external audiences.”

As it is, Putin has already imposed a higher state of alert on his country’s nuclear array, and Berrier said that state of alert could be pivoted into an outright threat.

“U.S. efforts to undermine Russia’s goals in Ukraine, combined with its perception that the United States is a nation in decline, could prompt Russia to engage in more aggressive actions not only in Ukraine itself, but also more broadly in its perceived confrontation with the West,” Berrier said.

As for Ukraine’s continued resistance, Berrier said Putin is dead set on reabsorbing Ukraine into Russia on terms that do not benefit Ukrainians “to restore a sphere of influence over Ukraine and the other states of the former Soviet Union.”