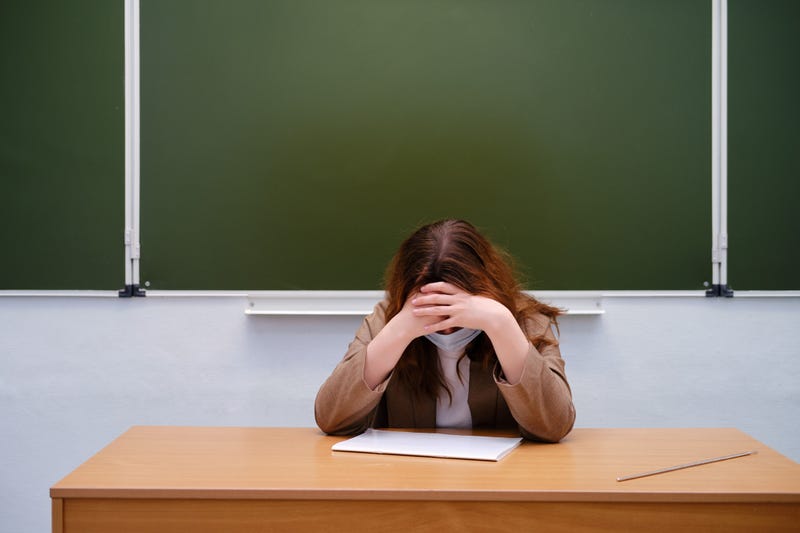 Although we are hardly halfway through July, many parents and students may already be thinking about the upcoming 2022-2023 school year. When students do go back to class, they may find fewer teachers than they remember.

According to data from the U.S. Department of Education, nearly all states in the nation are expected to face some sort of teacher shortage during the upcoming school year. Even states not included on the department’s list have had reported issues with teacher shortages.

U.S. Bureau of Labor Statistics data cited by The Wall Street Journal indicated that 300,000 public-school teachers and other staff left the profession from February 2020 to this May, representing a nearly 3% drop in that workforce.

According to data released by the American Association of Colleges for Teacher Education in March, the number of undergraduate education degrees awarded annually began falling in the early 2010s and, over the last decade, “there has been a significant decline in the number of degrees and certificates conferred in high-need specialties,” such as special education, science and mathematics, and foreign language education.

Since the pandemic began in March 2020, many schools adopted remote models to deal with lockdowns and teachers had to adapt to a new style of instruction fast. By last fall, 58% of respondents who participated in an American Association of Colleges for Teacher Education survey said their classes were completely or primarily in-person and National Education Association survey results released earlier this year found that 94% of schools were open for in-person learning again.

In February, Business Insider interviewed teachers about the state of the profession since COVID-19 hit.

“Answers from half a dozen teachers reveal a profession tattered by burnout and feelings of being disrespected, micromanaged and overwhelmed by expectations and unsupported by administrators,” said the outlet. “Angry parents or political pressures bearing down on the profession were cited by a few, as well.”

A Joblist survey from this year found that educators and hospitality workers were the most likely to report being angry and to point to low pay and scant benefits as reasons for quitting their job. According to the Bureau of Labor Statistics, the median salary for kindergarten and elementary school teachers in the U.S. last year was $61,350 and around 124,300 openings for kindergarten and elementary school teachers are projected each year, on average, over the decade.

More than half (55%) of the National Education Association survey respondents said they planned to leave the education field sooner than they had originally planned. Rates were higher for Black and Hispanic/Latino teachers.

To address the teacher shortage, the U.S. Department of Education announced plans to help increase the number of teachers across the nation.

Education Secretary Miguel Cardona “is calling on state policymakers, higher education leaders, and school districts to use pandemic relief and recovery funds to increase the number of teacher candidates prepared to enter the profession as early as possible,” the department said. “He is also calling on teacher preparation programs and school districts to work together in innovative ways to address the teacher shortage.”