WASHINGTON (1010 WINS) — For the first time as first lady, Jill Biden officially ushered in the Christmas season at the White House Monday afternoon by welcoming the official holiday tree as part of an over half-century tradition. 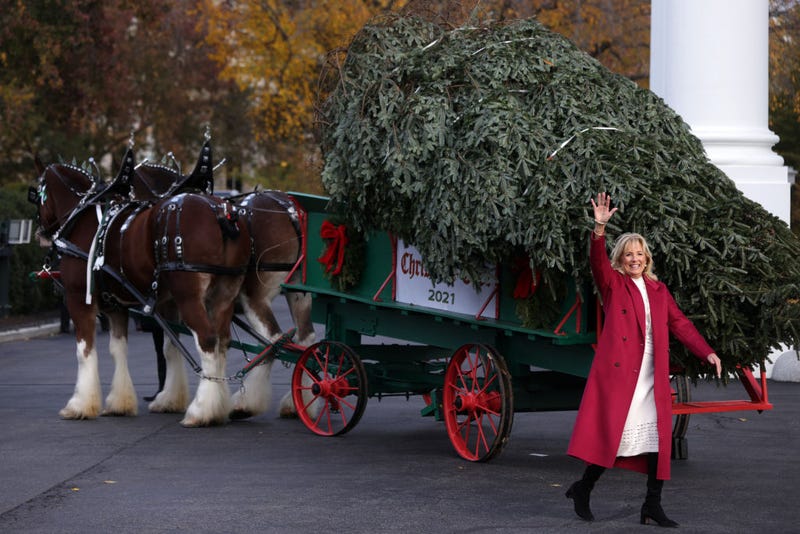 Her office said Biden received the tree alongside a D.C. National Guard family in honor of their response during the COVID-19 pandemic.

The nearly 19-foot-tall Fraser fir tree from Rusty and Beau Estes of Peak Farms in Jefferson, North Carolina, made its way up to the North Portico at 1600 Pennsylvania Avenue, carried by a horse-carriage to be inspected by Biden herself. 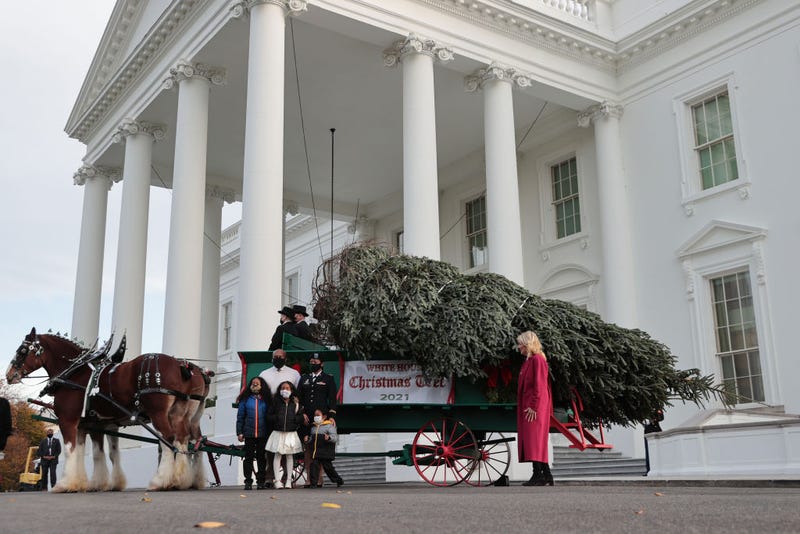 First lady Jill Biden poses for photographs with District of Columbia Army National Guard unit commander Capt. Maryanne Harrell and her family as she receives the official White House Christmas Tree on the North Portico of the White House on November 22, 2021 in Washington, DC. The eighteen-foot Fraser fir was grown in North Carolina by Rusty and Beau Estes, winners of the National Christmas Tree Association's 2021 grand championship. In honor of all the National Guard families who are activated and spending these holidays apart, the first lady has invited the Harrell Family to attend the event. Photo credit Chip Somodevilla/Getty Images

The father-and-son team is a three-time winner of the National Christmas Tree Association’s annual contest.

White House grounds superintendent Dale Haney went to the farm in October to pick out a tree. Peak Farms also supplied the official White House tree in 2008 and 2012. 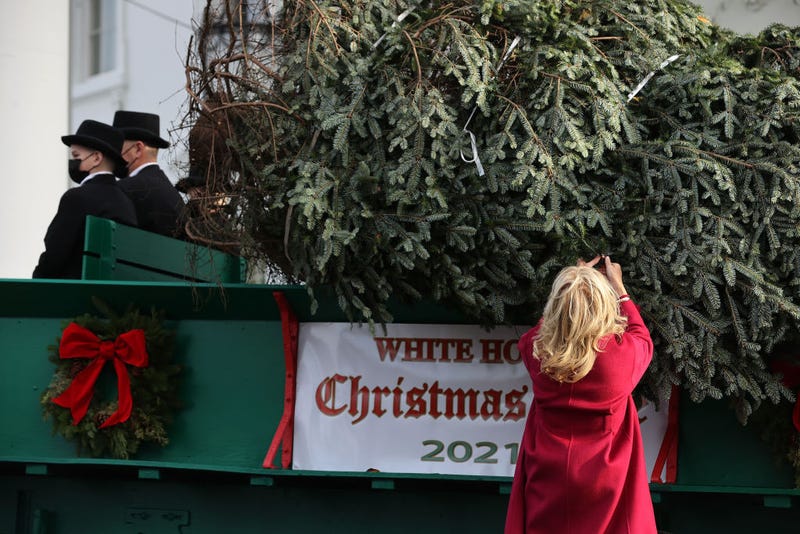 First lady Jill Biden pulls a sprig off the official White House Christmas Tree as she receives the tree on the North Portico of the White House on November 22, 2021 in Washington, DC. The eighteen-foot Fraser fir was grown in North Carolina by Rusty and Beau Estes, winners of the National Christmas Tree Association's 2021 grand championship. Photo credit Chip Somodevilla/Getty Images

The Fraser fir will be decorated in the coming days and displayed in the Blue Room, a tradition that dates back to President Dwight D. Eisenhower, after a chandelier is removed so it can be tethered to the ceiling for safety during the season.

Son Hunter Biden, his wife, Melissa, and their toddler, Beau, were among a sizeable group of White House aides, guests and others who braved crisp winds to watch the brief ceremony marking the start of President Joe Biden's first Christmas in the White House. 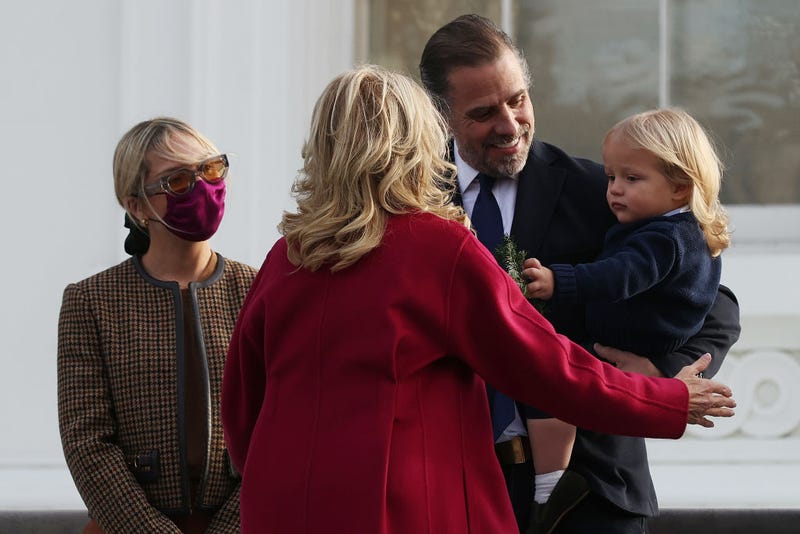 The White House Christmas decorations will be revealed on the Monday after Thanksgiving, the first lady said.