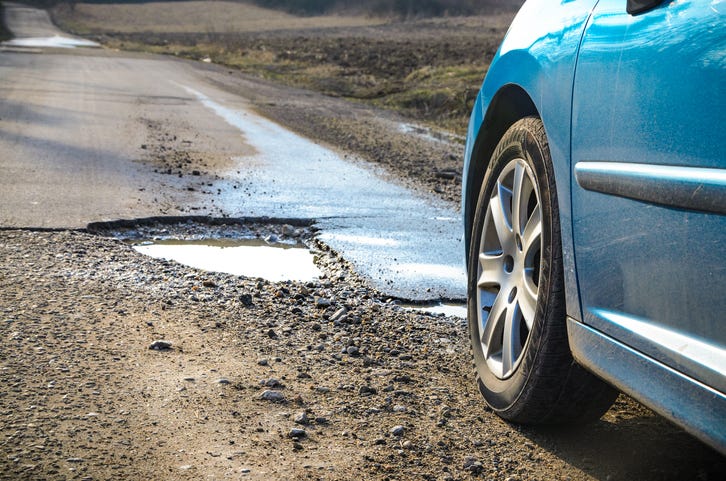 NEW YORK (WCBS 880) -- A giant sinkhole opened up and swallowed a van in the Bronx, New York during Monday’s heavy rain and flooding.

The sinkhole grew larger before devouring the van at Radcliff and Pierce avenues in Morris Park.

WCBS-TV captured stunning video of the van disappearing into the sinkhole as the street gave way.

Papadodoulos said he came outside to smoke a cigarette and saw his van teetering by the hole. He said he was just thankful he wasn’t inside the vehicle. 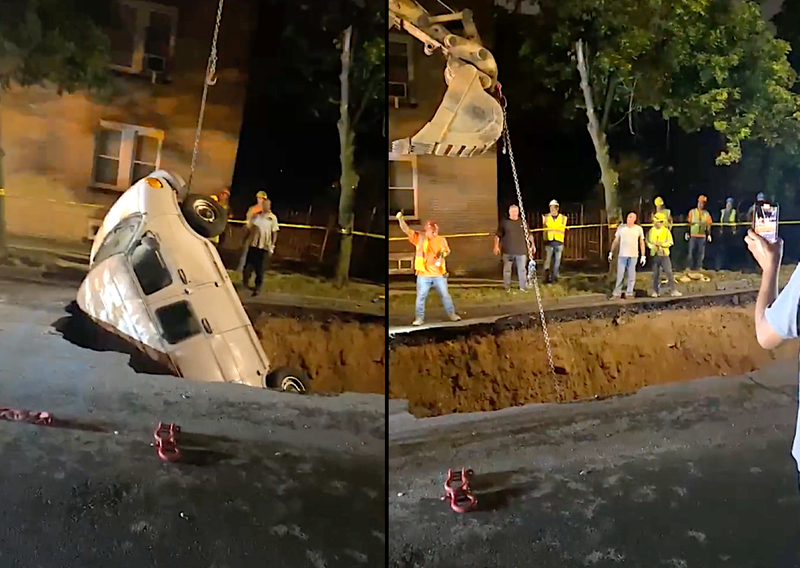 Crews remove the van from the sinkhole on Radcliff Avenue in Morris Park on Monday night. Photo credit Citizen App

The Department of Environmental Protection couldn’t confirm Monday’s storms caused the sinkhole. The agency and Con Edison are investigating, but residents said a sinkhole opened up on the same block about a year ago.

Mayor Eric Adams visited the site of the sinkhole on Tuesday morning, tweeting, "Thank God there were no injuries."

On the ground in the Bronx at the site of the sink hole last night. Thank God there were no injuries. DEP is on the scene. pic.twitter.com/ZTUI4T98J6