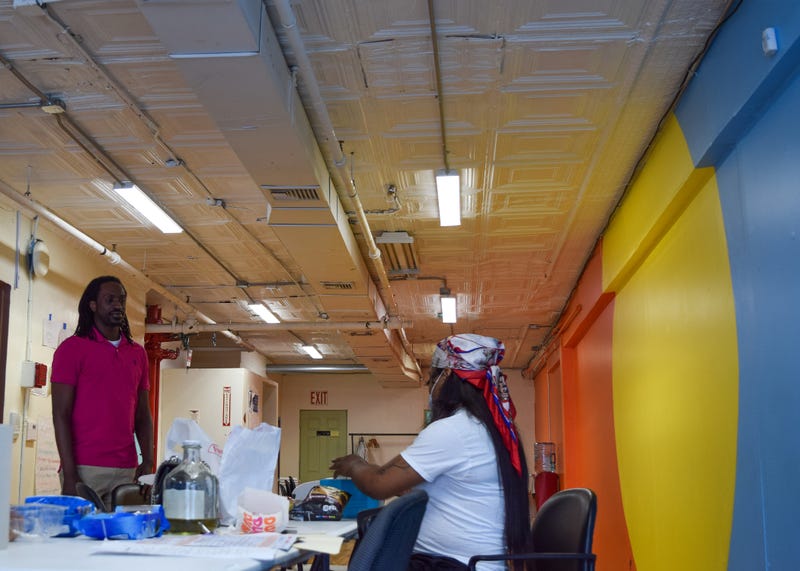 NEW YORK( 1010 WINS) -- A place to vogue, a place to breathe, and a place to connect, are some of the comments from visitors that describe what Destination Tomorrow -- the only Black trans-led LGBTQ+ center in Bronx, New York -- means to them.

"I come here to dance and perfect my craft," said Tahfarie Gidarisingh, a 20-year-old visitor to the center. "Ive made so many friends here and always bring others so we come here to vogue and stuff."

A four-minute walk from the 2 Train on 149th Street -- after passing by a fresh fruit stand, a jewelry stand, and a flower stand -- Destination Tomorrow’s doors are wide open on the third floor of building 448.

Since the beginning of 2022, over 425 visitors like Gidarisingh have come to the center each month which is a drastic increase from last year, according to Sean Ebony Coleman, 54, a transgender man, founder and executive director of Destination Tomorrow. 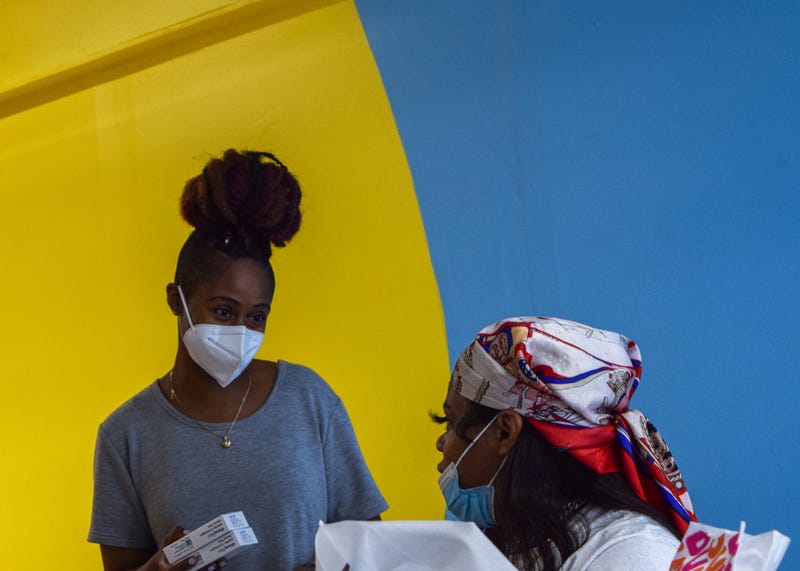 Coleman, ambitiously and without any funding, opened up the center in 2009 inside a tiny cubicle, in Huntsville as he felt that there was no representation of the Black and brown LGBTQ+ community in the Bronx.

“I didn't see anybody that looked like me, in the space providing the service,” Coleman said. “So here you are in the South Bronx. I also didn't believe all members of the LGBT community should have to leave the borough in order to get affirming safe care, or services.”

The center has dramatically grown since then and now has a staff of 21 with three locations around New York. It provides many services that tackle economic, social, and mental empowerment through a variety of educational, financial, support-based, housing, food pantries, youth programs, and health programs.

It offers everything from pre-exposure prophylaxis (PrEP) screening, HIV testing, and housing case management to GED prep, support groups, and a peer program that works with high schools.

Destination Tomorrow's website states that "people, regardless of their sexual identity or gender expression, deserve a space they can call their own." 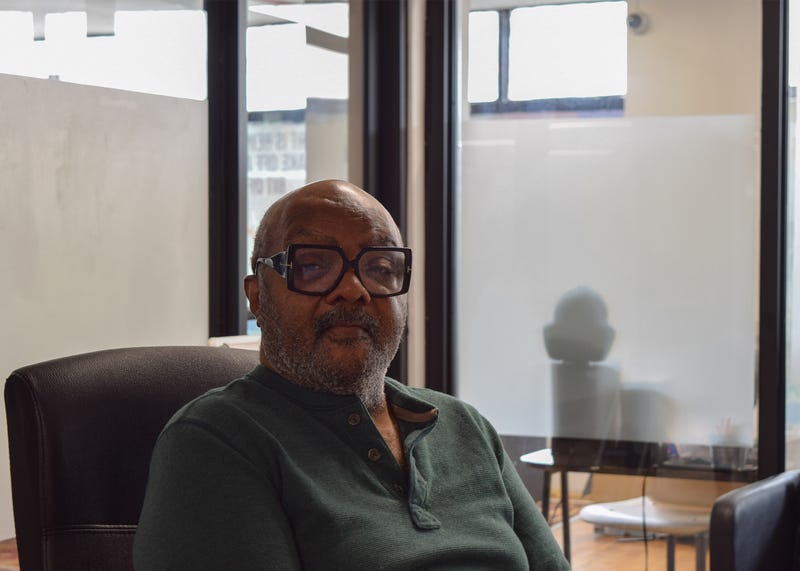 James Lloyd Goode, Jr., a 64-year-old volunteer receptionist at Destination Tomorrow, spends more than 30 hours a week helping out at the center and welcomes anyone who walks in.

Goode is an icon known for the voice of Ballroom or better known as Junior LaBeija. She is the source of countless queer catchphrases echoed in shows like RuPaul's Drag Race and POSE. Once staring in "Paris Is Burning," she is now giving back to her community.

“I'm gender non-conforming and it's important for me to recognize that I am a senior citizen in the LGBT community and as a senior citizen, this is self-empowerment, through self-determination and self-worth, that I know that I am valued and valuable,” Goode, looking up from her thick black-framed glasses, said.

Living in the Bronx since 2004, Goode, with her soothing low tone, explained that she always wanted to be a woman but not a poor black woman. “And the reason why I did not want to be a poor black woman because coming up in America, I saw what poor black women suffered firsthand,” Goode said.

Goode went on to explain her childhood and that growing up she didn’t have any resources to rely on so she relied on herself. Raised in Harlem and living in affordable housing with hundreds of other families placed on acres, Goode, openly gay, felt that anything she did was seen as scandalous.

“So being a youth from the 70s, versus being a youth in 2022, is a bridge back to understanding,” Goode said. “Yet, we live in a society that wants to say that we were influenced by some type of demonic, abnormal, out-of-this-world experience, trying to shut us out.”

Nearly 1 in 5 transgender and nonbinary youth attempted suicide and LGBTQ youth of color reported higher rates than their white peers so far in 2022, according to the Trevor Project’s 2022 National Survey on LGBTQ Youth Mental Health.

During and after the pandemic, community members and visitors at Destination Tomorrow mainly sought out mental health services.

“Particularly transgender nonconforming folks were dealing with severe isolation and depression, having to quarantine some, some alone and some spaces that were not necessarily the best for their mental health,” Coleman said.

Full of Pride flags and welcoming staff, the center also helps find housing and offers GED programs and career readiness services for those in the LGBTQ+ community.

Gidarisingh with greenish light brown eyes and an easy-going smile found a home at the center when he was evicted about a year ago.

“I found this space and just kept coming here every Tuesday,” Gidarisingh said. 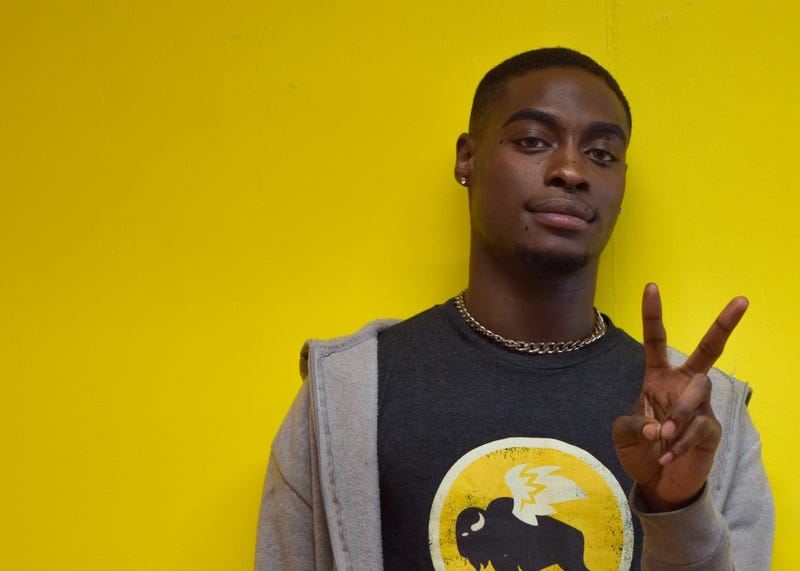 Right next door to the center's office is its youth space where young members can just hang out.

“You can actually come here to practice and dance,” Melmel, the youth service coordinator of Destination Tomorrow, said.

Melmel works with different community leaders to set up new events and open up new programs to attract more visitors.

The youth space with its single yellow, orange, and blue wall has a mini stage on the right side by the window looking out to the street. A nearly 3-foot black speaker stands in front of the stage blasting music around the room. At the center is a single table for members to sit around and next to it is a whiteboard with brainstormed ideas that reads, "tabling is GOLD" and "RELATE."

“I create the playground and just have the youth come and play,” Melmel said. “We have this thing called Kiki lounge and we also create the ballroom scene. And the events that we have will be like little mini balls down a major scale where you know, it's over capacity, but enough to occupy the space for at least like 44 people per event.”

LGBTQ youth who live in a community that is accepting of LGBTQ people reported significantly lower rates of attempting suicide than those who do not, according to the Trevor Project survey.

"We provide a safe space so that young person is going to first come and test it out and then let his friends know," Coleman said. 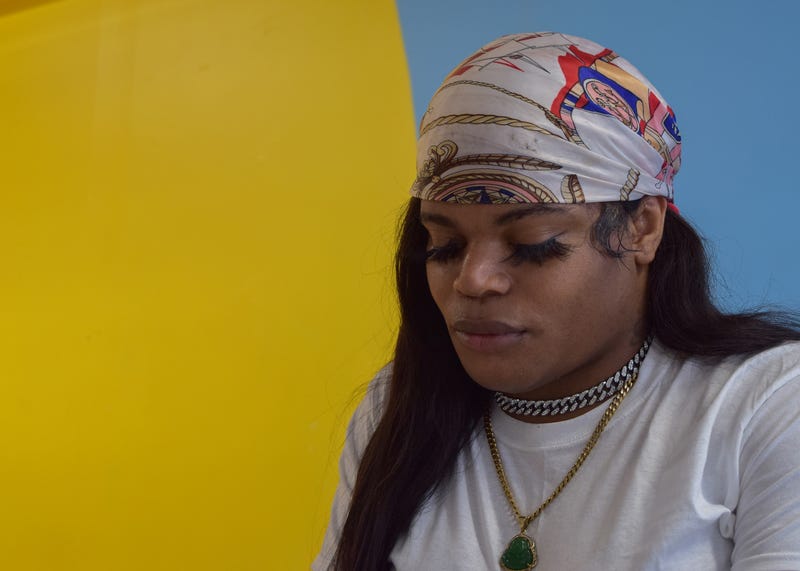 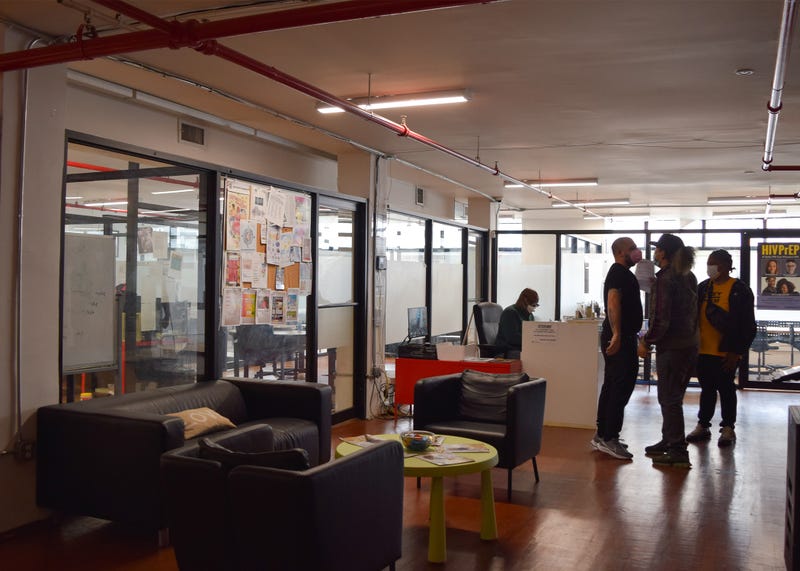 Coleman expects the number of visitors and members to be much higher during the summer months. 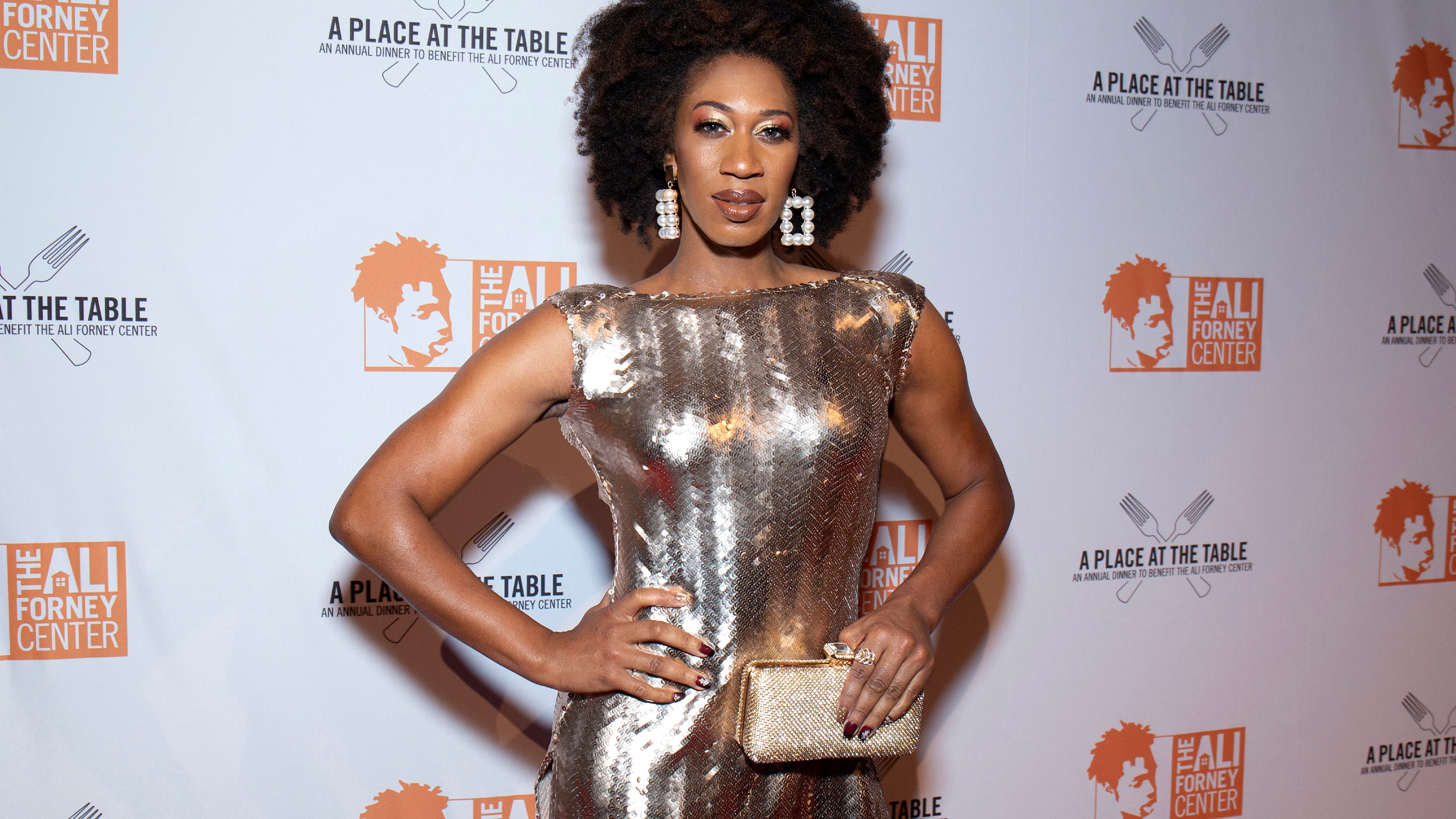 PODCAST: Meet Mila Jam, who mixes art and activism to celebrate being Black and trans

Partnering up with over 20 organizations, Destination Tomorrow is hosting its Pride celebration on Saturday, June 18, on Westchester Avenue between Brook Avenue and Bergen Avenue.

“I'm gonna call it a party,” Coleman said. “We got a bunch of people that are gonna come on and perform. It's gonna be a really dope time.” 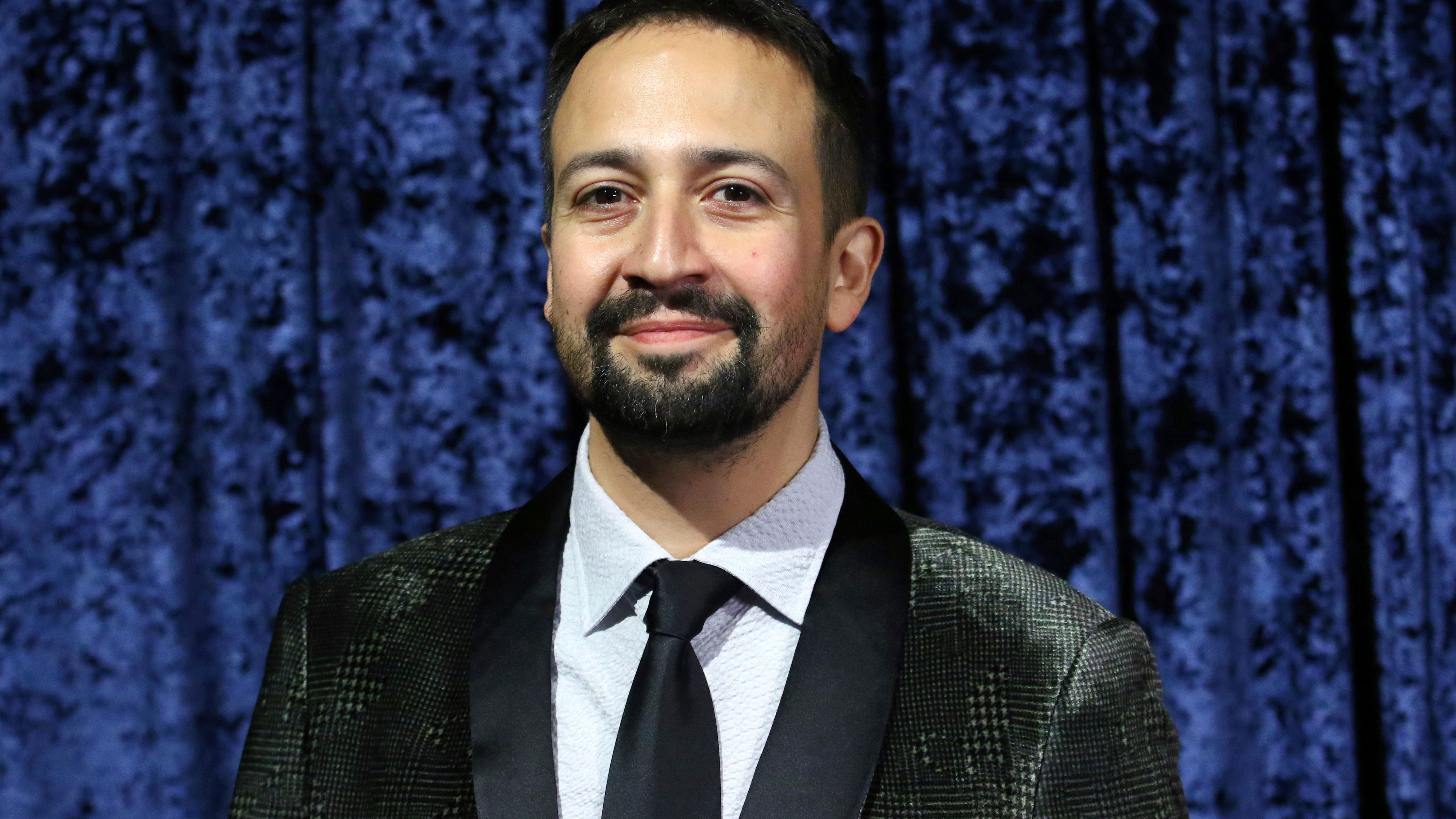