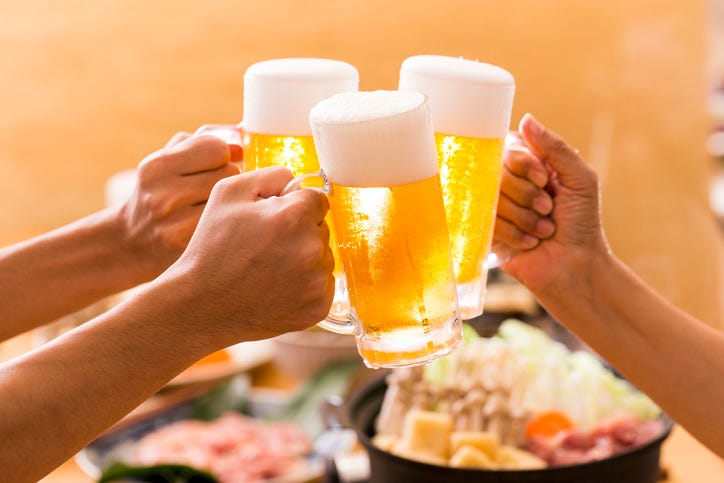 Just how much do we love alcohol? New research found that most Americans are willing to keep the drinks flowing even if that means extra pounds, brain damage and a shorter lifespan.

Recent analysis by drugabuse.org, which surveyed 4,205 respondents in all 50 states, revealed that the average American is willing to gain 13 pounds in order to continue drinking alcohol.

Californians accepted a 14 pound weight gain — the equivalent of permanently carrying an extra 224 slices of bacon in their body.

Rhode Island was the most extreme state, with the average respondent willing to gain an extra 28 pounds in order to continue having alcohol.

Not only are Americans prepared to gain pounds, they're also willing to lose years. A survey last year by alcohol.org found that the average American would sacrifice as many as three years of their life in order to continue drinking alcohol. Similarly, one-third of respondents in the drugabuse.org survey said they would continue drinking even if it was proven, without a doubt, that alcohol is damaging to the brain.

According to the site, 35% of Americans are defined as obese, and previous research has often atrributed obesity to alchol consumption.

Despite evidence of its harmful effects, Americans appear to be blissfully ignorant about alcohol. Over half, 53%, of respondents wrongly believed that "alcohol calories" are different "than regular calories," while 46% take it a step further and believe the substance actually has health benefits, which studies have disputed.

Even with this information available, many Americans choose to simply ignore the data. The site said that 58% of Americans don’t take note of studies that link alcohol with health problems.

Drugabuse.org, which collected the data, is maintained by a subsidiary of the American Addiction Center, a healthcare provider of both residential and outpatient treatment services.