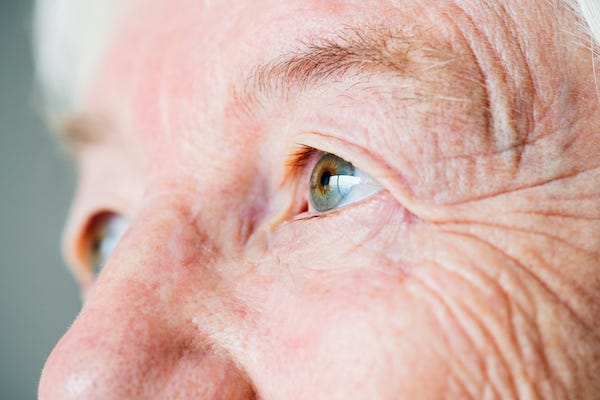 Scientists may have discovered that our lives actually do flash before our eyes when we die.

And they may have stumbled upon that discovery by sheer accident.

Doctors at the University of Tartu in Estonia were monitoring an 87-year-old man for seizures when he had a heart attack and unexpectedly passed away.

Consequently, this allowed the scientists to record the activity of a dying human brain for what may have been the first time ever!

Studies on whether or not our lives truly flash before our eyes on the verge of death have been conducted before. In 2017, a psychological study found that those who experienced it had many "similarities," and that the memories did not come to them in a linear fashion, but rather from random points of their lives.

This new research, which was published Tuesday in the journal Frontiers in Aging Neuroscience, suggests that the brain may "remain active and coordinated during and even after the transition to death, and be programmed to orchestrate the whole ordeal."

EEG at the time of death. Pretty fascinating, but unclear the applicability outside of older adults with acute subdural hematoma w/ decompressive craniotomy.

Enhanced Interplay of Neuronal Coherence and Coupling in the Dying Human Brain https://t.co/YB73MaJMIy

Dr Ajmal Zemmar, a neurosurgeon at the University of Louisville, US, who organized the study, said, "Just before and after the heart stopped working, we saw changes in a specific band of neural oscillations, so-called gamma oscillations, but also in others such as delta, theta, alpha, and beta oscillations."

Beta oscillations are more commonly known as "brain waves," and are involved in "high-cognitive functions" like concentrating, dreaming, meditation, memory retrieval, information processing, and conscious perception, just like those associated with memory flashbacks.

Dr. Zemmar speculated, "Through generating oscillations involved in memory retrieval, the brain may be playing a last recall of important life events just before we die, similar to the ones reported in near-death experiences."