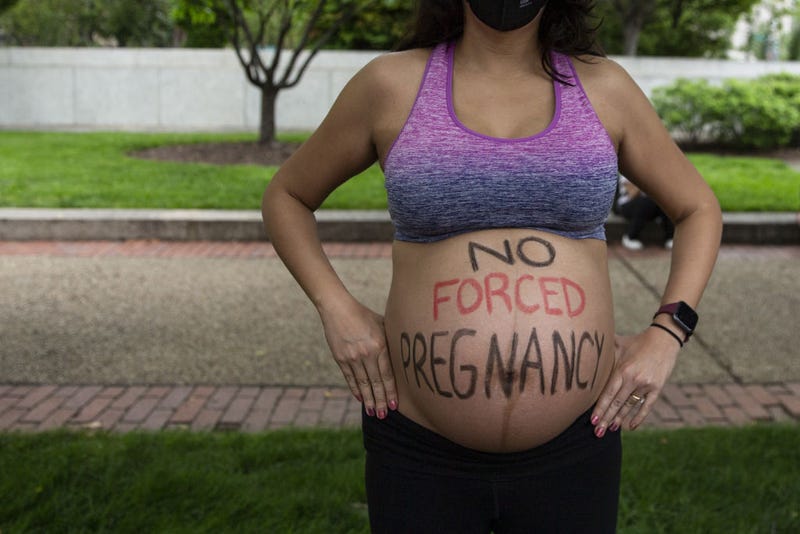 A pregnant woman during a nationwide rally in support of abortion rights in Washington, D.C., May 14, 2022. Photo credit Sarah Silbiger/Bloomberg via Getty Images
By Hadas Kuznits and John McDevitt, KYW Newsradio

Marlene Downing has had two abortions in her life. Now, she advocates against them.

“This is the pattern that people don’t understand with abortion,” she said. “You think that you are solving something by having an abortion, but what happens is, you set yourself up because you are not really fixing your heart. You are kind of fixing the issue that you think you are fixing at the time, so you are not working on yourself because abortion damages in all sorts of ways. It damages your heart, it damages your mind and your soul, and you end up being in depression.”

Downing is one of the countless women who have had abortions in the U.S., but that constitutional right ended on Friday when the U.S. Supreme Court overthrew Roe v. Wade in a 5-4 conservative majority, halting abortion protections that had been in place for nearly 50 years.

The ruling leaves abortion up to the states. It is still legal in Pennsylvania under Democratic Gov. Tom Wolf, but his term ends later this year.

Democratic contender Josh Shapiro pledges his support to maintain legal abortions in the state if elected. Republican challenger Doug Mastriano has voiced support for ending abortion access. He is the prime sponsor of legislation in Pennsylvania that would ban abortion as early as six weeks into a pregnancy. Abortion in the state is still allowed up until the viability threshold of 24 weeks. 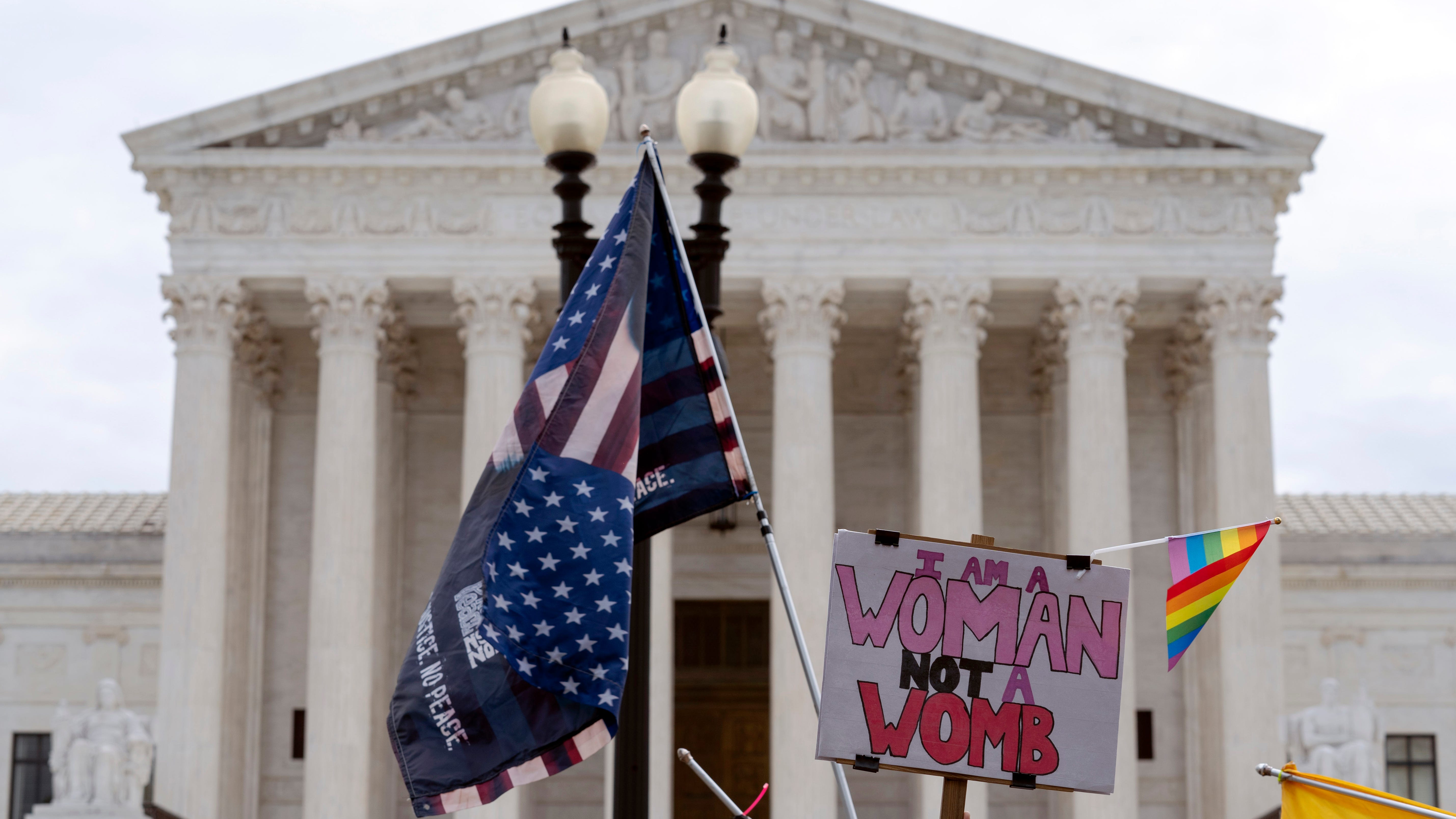 See what other lawmakers in the region are saying about the ruling here.

Downing is a board member of the Pro-Life Union of Greater Philadelphia and is the state’s deputy director for the Susan B.Anthony List. Its mission is to end legalized abortion. The 46-year-old goes door to door educating voters in Pennsylvania about political candidates who oppose abortion rights. She’s knocked on more than 250,000 so far, talking to about 1,600 voters in the Philadelphia area each week. 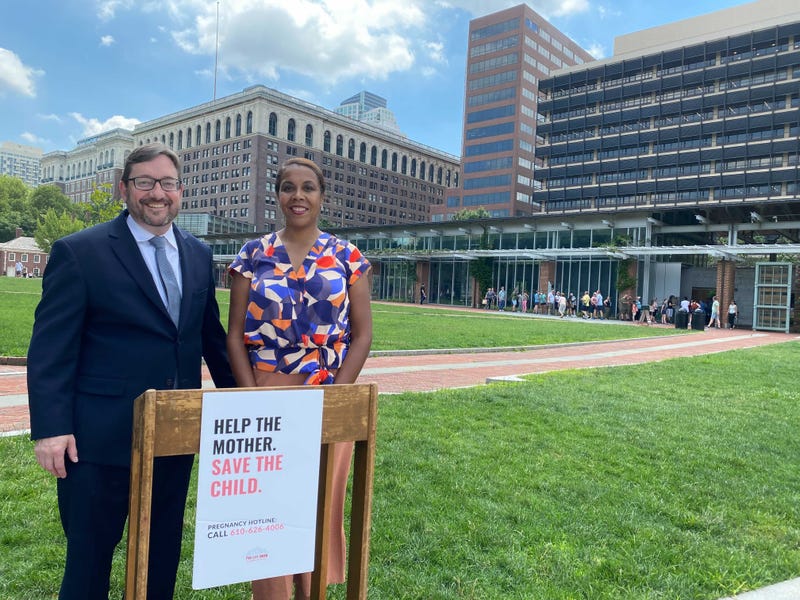 Downing had difficult relationships in the past and ended two pregnancies in her teens and early 30s. A couple of years later, she considered another abortion while pregnant again. However, she said she found God, and, realizing how precious life is, changed her perspective on abortion.

Downing now lives in Delaware with two daughters, ages 21 and 12. Her youngest daughter is the child she had considered aborting.

“I celebrate her because she is here. I made the right decision with her,” she said.

Like Downing, Lindsey Malden feels she, too, made the right decision. She got an abortion when she was 17.

“That feeling that I had after my abortion was relief,” she said, “and I still have that feeling.”

She was in a violent relationship and said she wasn’t yet ready to be a parent. In the 20 years since then, she’s had two children.

“Going through two pregnancies and experiencing the almost 10 months of hard body labor that goes into carrying a baby to term, and trying to obtain a healthy pregnancy at 17 — I was not ready to do that,” she said. “I was not in a situation or a relationship that could have supported me to do that in a healthy way.”

Malden felt the most difficult part of the abortion was not the procedure but the harassment she endured afterward in her central Pennsylvania town.

“Folks found out about it. I started to receive mailers in my mailbox,” she recalled.

Still, she wouldn’t change her story. She said it was because of that abortion that she was able to finish her studies, marry her husband and have two children.

“It took me almost 10 years to tell my abortion story,” she said.

But for Signe Espinoza of Philadelphia, the most important part of someone’s abortion story is that they do not need to explain why they got it.

“One of the things that get lost in the abortion conversation, we don’t really have to justify our reasons,” she argued. 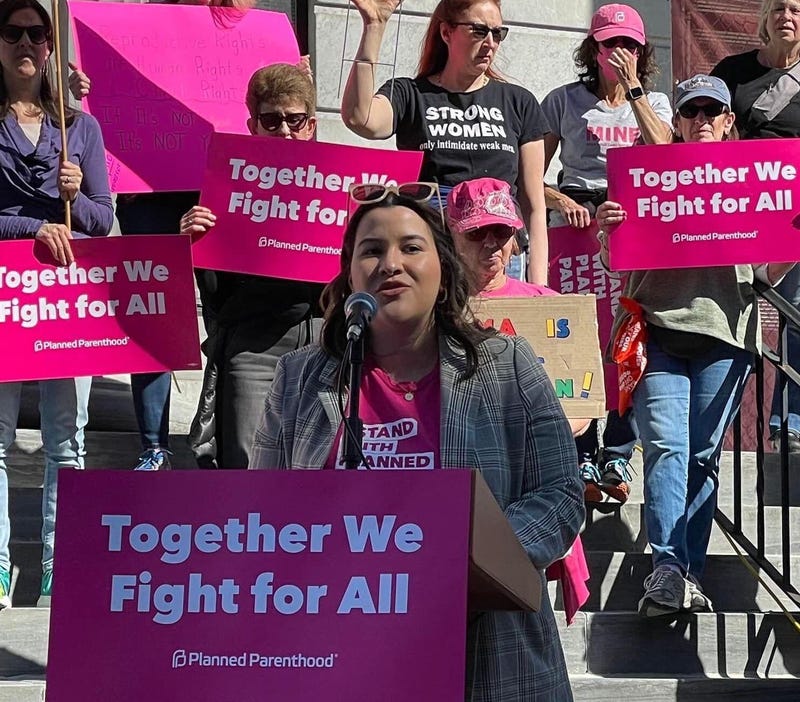 Espinoza had an abortion at 19. She became pregnant by her partner she would later call her husband. Now at 29, the couple is expecting again and plans to continue the pregnancy. What strikes her the most in the national debate is the lack of support for pregnant people and their children. 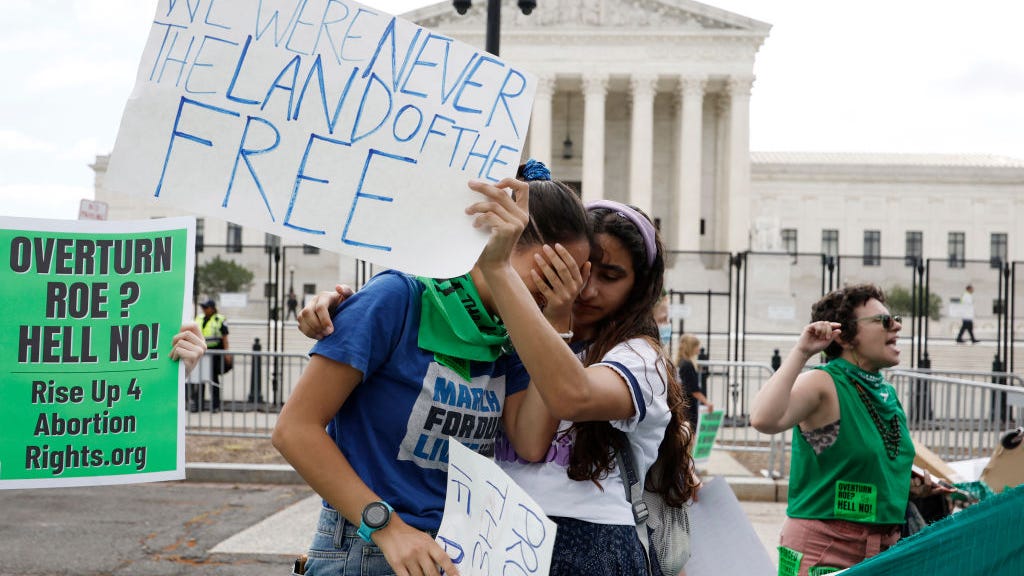 “Right now as a pregnant person, I often reflect on how no one should have to be forced into staying pregnant,” she said. “It is quite interesting to be pregnant at a time where we are trying to restrict access to sexual reproductive health care, which includes abortion care, right in the middle of a formula shortage, living in a state where we still have a $7.25 minimum wage.

“Policies that impede others’ abilities to access health care options is, I think, really harmful,” echoed Malden. “In no other space do we limit one’s ability to make a decision about their health care like we do in this abortion conversation.”