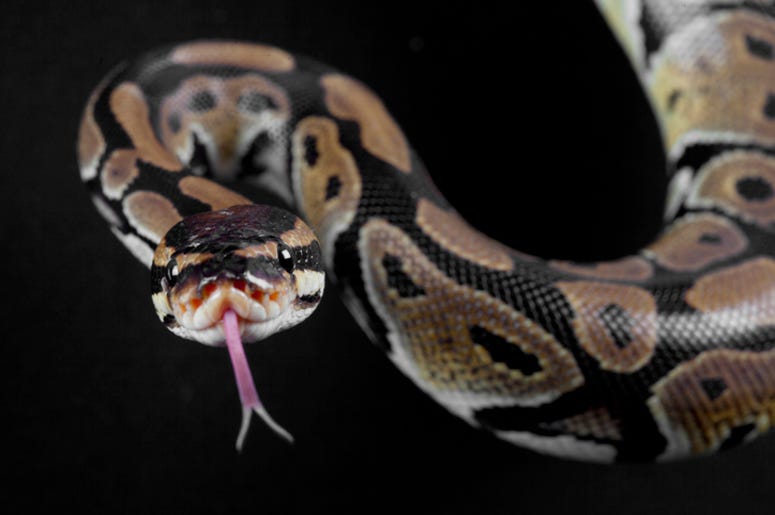 Moving into a new home is an exciting time for any new resident.

Of course, people usually spend the first few weeks in their new home discovering all the things wrong with the place that they didn’t notice when searching for potential homes.

For one woman in Florida, that meant finding a massive python that had been left in the apartment by its former residents.

Ali Skipper, a Florida woman finds a 4-Ft python who was previously left behind by the previous resident when she moved into in her new apartment. The python was living under her refrigerator for weeks.

Ali Skipper took to social media recently after discovering a four foot python curled up in her bathroom sink. “There is a snake in my 2nd story bathroom!!! Who do we call? I'm freaking out!!!" Skipper wrote in her now viral post.

According to Fox News, the woman believes the snake was left by her new apartment’s former residents, and that it likely was hiding under her refrigerator as she spent weeks in the home without seeing the snake.

Luckily, the snake was safely removed from the home and no one was harmed.

Many online were stunned by the finding, with some sharing their own new home horror stories. Hopefully when Skipper eventually moves out, she remembers all her pets.