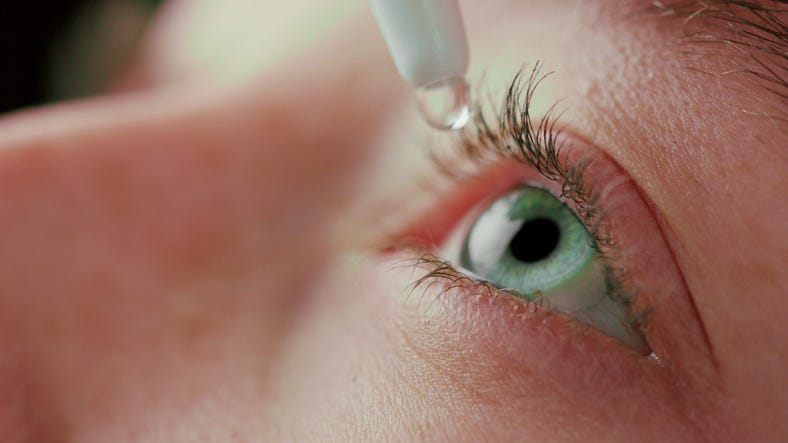 This was one sticky situation.

A Michigan woman saw the importance of double-checking the label after accidentally applying glue meant to adhere nails under the impression that it was a bottle of moisturizing eye drops.

Yacedrah Williams woke up around 1am after falling asleep with her contacts in last Thursday, she told WXYZ, an ABC affiliate in Detroit.

Williams said she wanted to take the contacts out but her eyes were too dry.

She reached to her purse, but rather than pulling out the small green bottle of eye drops, she unwittingly grabbed a small white bottle of nail glue.

She applied the substance to her eye, and almost immediately realized her gaffe.

While the moment of clarity was quick, it was too late.

"It sealed my eyes shut," Williams said. "I just started throwing cold water, and I was trying to pull my eyes apart but couldn't."

She added: "It was completely shut.”

"I said, 'You sure you want me to—'" the husband told the outlet.

The woman was rushed to the hospital, where doctors managed to open her eye and remove her damaged contact lens — which they said saved her sight.

"They said that actually the contacts saved my vision," she told WXYZ.

"They had to pull on it and flip the top of my lid," she clarified.

She did lose a few eyelashes in the ordeal. But it could have been worse.

As for the adhesive and drops in the same bag? Williams says she’ll be playing it safe in the future.

"I don't think I'll even have nail glue anymore," she said.