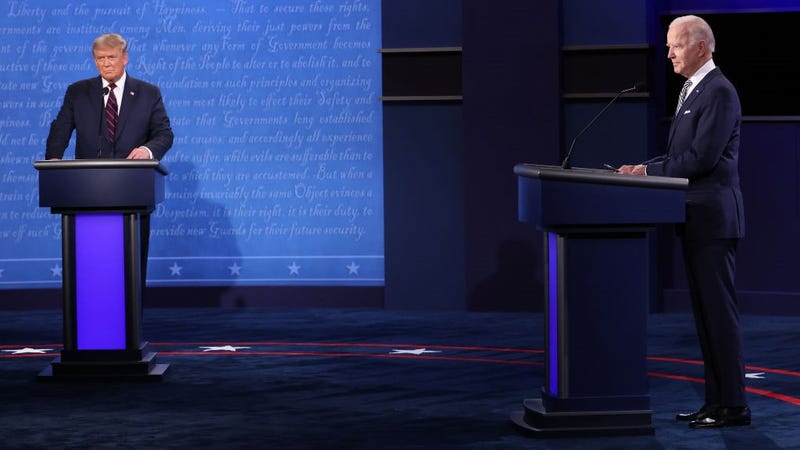 According to a recent New York Times/Siena College poll that showed President Joe Biden's declining approval rating and nearly half of GOP primary voters looking for someone other than Donald Trump as the nomination, younger voters would prefer new candidates from both political parties.

In fact, younger voters were the most likely age group to say they wouldn't vote for either Biden or Trump in a hypothetical 2024 election.

64% of Democratic voters said they would prefer a new candidate in the 2024 election, as an overwhelming 94% of Democrats under the age of 30 agreed.

Only 1% of voters between 18-to-29-years-old "strongly approve" of the job Biden has done, while he currently has an overall approval rating of just 33%.

Younger voters are clearly frustrated with the current political landscape, as only 32% said they are "almost certain" they'll vote in November. "Nearly half said they did not think their vote made a difference," according to the New York Times.

58% of voters in the poll said that the American voting system "needs major reforms or a complete overhaul." One of the main reasons younger voters are struggling picking a candidate to support is due to a generational gap.

"How are you going to accurately lead your country if your mind is still stuck 50, 60 or 70 years ago?" Alexandra Chadwick, a customer service representative in Rialto, California, told the New York Times. "It’s not the same, and people aren’t the same, and your old ideas aren’t going to work as well anymore."

"It feels like whether it’s Biden, whether it’s Trump, no one is stepping in to be a voice for people like me," 24-year-old Ellis McCarthy, who works a few part-time jobs near Bellevue, Kentucky, told the New York Times. "Laborers are left out to dry."

25-year-old Ivan Chavez from Bernalillo, New Mexico said he plans to vote in November, but is still undecided on his choice. He said he is an independent and added that third-party candidates deserved to get more attention.