Jonathan Allen has plenty of compassion for Washington Commanders fans.

He also doesn’t want to see any fair-weather fans come around “when” the Commanders put things together.

This season has been rocky for Washington, which sits at 1-3 after losing each of their last three games. There’s been nonstop criticism of Carson Wentz, calls for the team to move on from Ron Rivera, and plenty of other issues most anywhere you look.

When that turnaround does happen, whenever it might be, the Commanders defensive end wants the support to be as vociferous as the condemnation currently is.

“As far as the fans, I get it. I really do. I get their frustration, I’m frustrated (along) with them. When the fans have nasty things to say, you know what, so be it,” Allen said in his weekly appearance on “The Sports Junkies.” “Only thing I’ll say is when we do get it turned around, keep that same energy. All those fans who aren’t here now – and I get it, I understand the frustration, however many years, I understand. I’m not calling you out, I’m not saying none of that. But when things do get turned around, just understand. Just understand.”

It was at that point that Allen paused for a moment, prompting the hosts to ask what exactly he means. When asked if he meant they need to cheer as loud as they’re booing, Allen concurred.

“Cheer as loud as you’re booing. That’s a great way of putting it."

Commanders fans might have an opportunity to do that Sunday when Washington hosts the Tennessee Titans at FedExField.

If the team gives them reason to, of course. 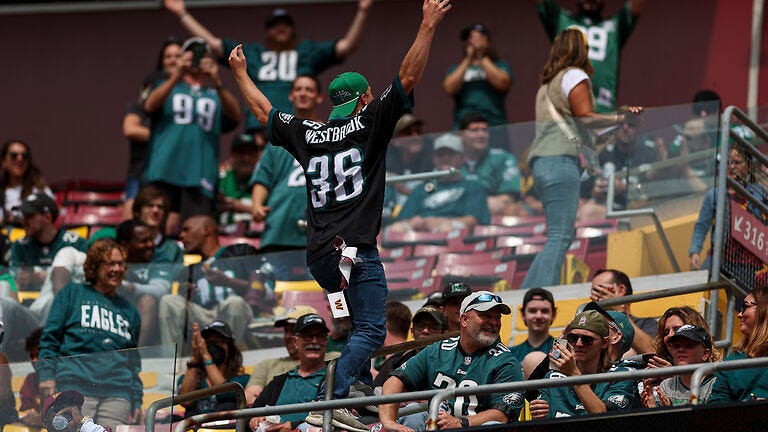 Jonathan Allen on outnumbered Commanders fans: 'We’re not giving them a reason to show up'