The NFL’s receiving leaders after Week 1 are set to face off on Monday Night Football. Minnesota Vikings wideout caught nine passes for 184 yards against the Packers and A.J. Brown made 10 catches for 155 yards in his Eagles debut.

Jefferson and Brown are expected to be big parts of their respective offenses and we’ll see them both in action on Monday night.

Brian Baldinger and Jason La Canfora of Audacy’s “In The Huddle” podcast discussed the exciting matchup between two of the best receivers in the NFL.

“Maybe the best player on the field is Justin Jefferson. Green Bay had no answer for him,” Baldinger said (35:04 in player above). “I have a feeling Darius Slay wants him. I have a feeling that Slay is in the ear of coach Gannon, their defensive coordinator, going ‘Give it to me coach. I can do this,’ which is exactly how Slay thinks.”

But the main position to watch in this game will be on the outside.

“I don’t care who you are at that position,” Baldinger said. “Quarterbacks should not run the ball 17 times.”

Hurts was able to make the most out of those rushes, but it’s not something that he can consistently do throughout the season. He took a hard hit in Week 1 and ended last season with two bad ankles. So he’s going to need more from his offensive line and wide receivers not named A.J. Brown.

Nevertheless, Brown and Jefferson are going to be a joy to watch on Monday Night Football.

“It should be really fun,” Baldinger said. “I’m anxious to see how those two receivers get defended in this game.” 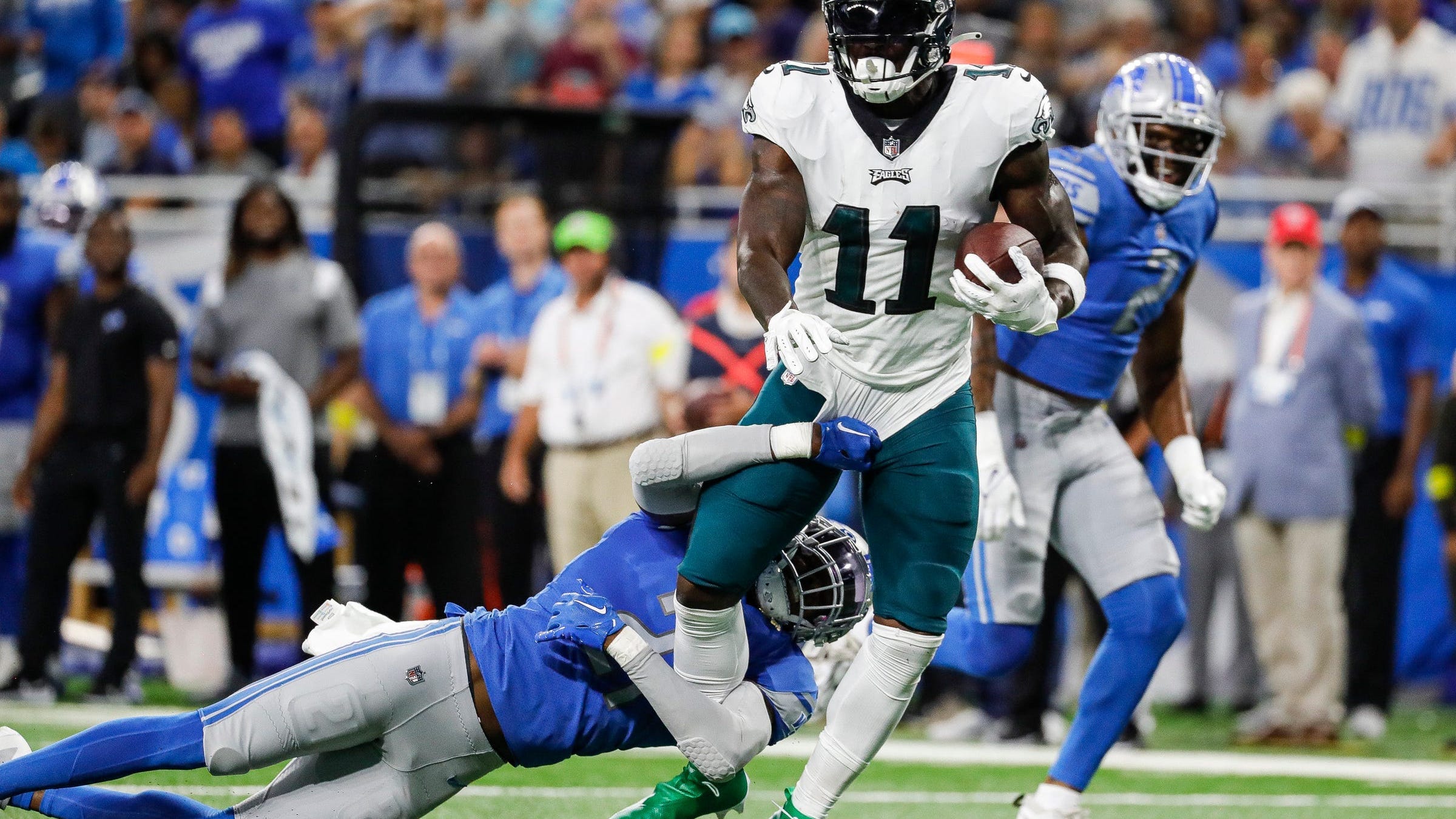