The New York Giants had a refreshing Week 1 victory on Sunday afternoon. It wasn’t just about the fact that they won, but the way they won is almost as important.

Head coach Brian Daboll took the game by the horns and went for the go-ahead two-point conversion in the final minutes. Of course, Daniel Jones and Saquon Barkley connected on the conversion and the Titans missed a potential game-winning field goal to give New York the 21-20 victory.

“I saw something in the second half that frankly should be more common in football but hasn’t been in Giants football in quite some time: legitimate halftime adjustments in both attitude and schematically and that’s a positive sign for the coaching staff,” Morash said (3:58 in player above).

While Morash acknowledged the indefensible interception by Daniel Jones, he was happy with how Daboll handled the situation.

“To go up to Daniel Jones, whether it’s very loudly or very emotionally, ‘what did you see?’ –  In front of the whole team — I thought was a sign from a fan’s perspective that Brian Daboll’s a coach who’s not going to let anybody be above criticism in front of the whole team,” Morash continued. “And I think Daniel Jones responded so effing well from there on to kind of take that drive, navigate the team, and Daboll to show trust in him on a big fourth down, by the way, to keep the ball himself and get that first down was so, so critical.”

Dottino gave some of his own interesting insight into the Daboll - Jones conversation. He wasn’t surprised by it in the least.

“What you saw with Daboll and Jones on the sideline, that is typical of the relationship that Daboll and his players have,” Dottino said (6:18 in player above). “For example, there are Giants players who not only use Daboll’s open door policy, but have often walked upstairs to the football operations offices and gone into his office for real, literally, to talk to him. That has not happened around the Giants since the days of Tom Coughlin. This is something that has changed. That is not the kind of relationship that the locker room had with McAdoo, or with Shurmur, or with Judge. But they have a very much give-and-take open relationship with coach Brian Daboll.

"And what you saw on the sidelines there with Jones and Daboll is something that we see at practice all the time. I’m not talking about those two in particular, I’m talking about the way that the players and Daboll interact. And that, to me, is part of the foundation that this team is trying to build as they move forward. It’s a small point, but it’s worth an awful lot.”

Daboll not only decided to go for two before the Giants got the ball, but he also got the input of some of the defensive players. He “approached five starters on that defense along the sideline and made sure it was OK with them and not disrespectful to them that he was going to go for two,” Morash said. “Incredible turn of events from a coaching standpoint that we have not seen for the Giants in far too long.”

“A refreshing change of narrative and attitude and a freaking win off being aggressive,” Morash concluded. “I thought all of it, that is an A-plus coaching effort by Brian Daboll and his staff.” 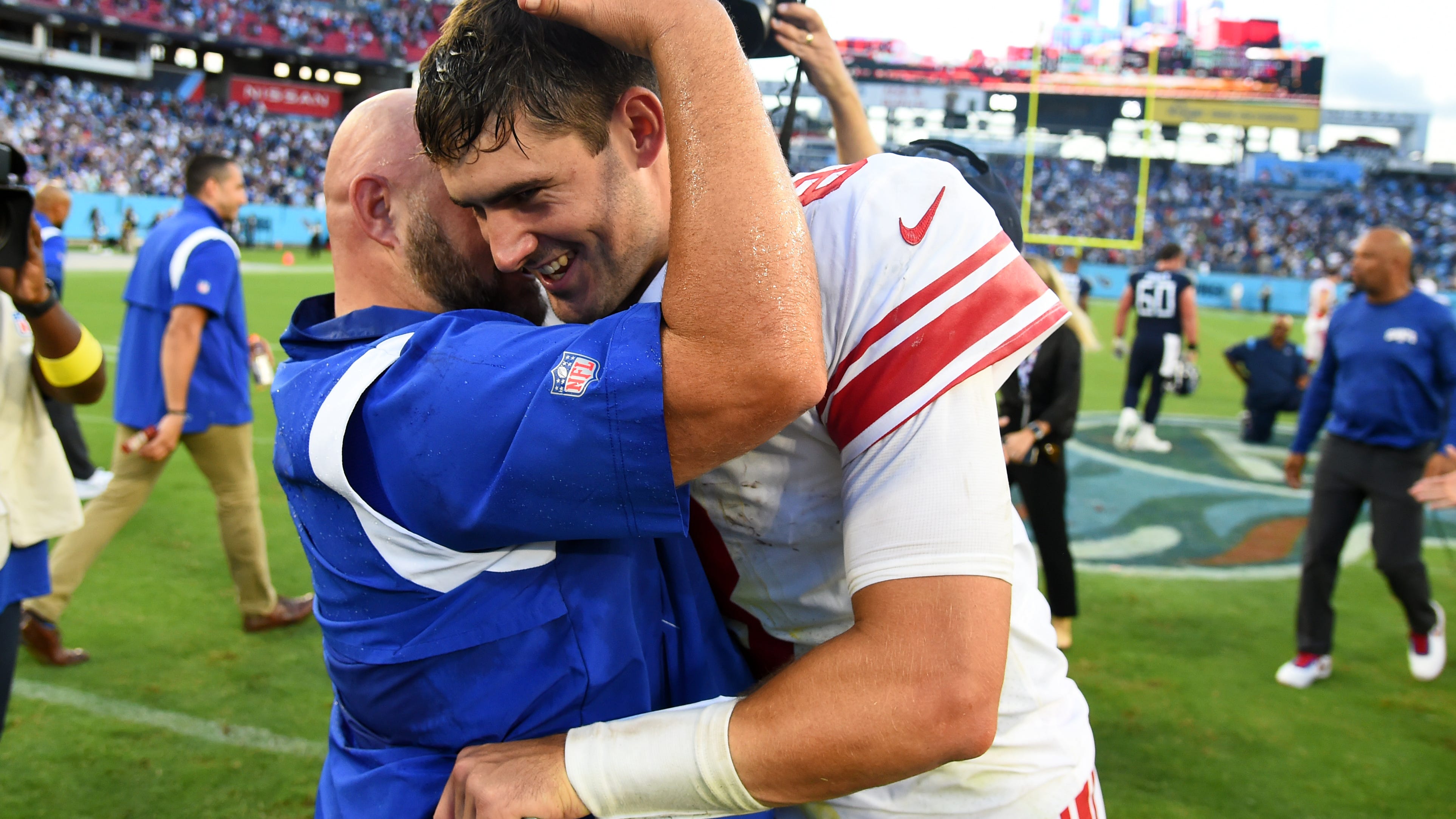