Whatever ill will Deion Sanders had toward Nick Saban appears to have been cleared up.

The NFL Hall of Famer and Jackson State head coach posted a clip on Twitter of him and the Alabama head coach all smiles together as part of an Aflac commercial featuring the two of them.

“We’re in Los Angeles, California back on the Alac set with the G.O.A.T.,” Sanders says in the video.

“And the duck,” Saban replied.

“I was talking about you. So, you calling me a duck?” Sanders asked before both laugh and a title comes up on the screen that reads: “2 GOATS. 1 DUCK. NO BEEF.”

Sanders and Saban have filmed Aflac commercials together before, but this was the first time the two were together since Saban accused Sanders of paying  recruit Travis Hunter $1 million to play for him at Jackson State.

You best believe I will address that LIE Coach SABAN told tomorrow. I was & awakened by my son @ShedeurSanders that sent me the article stating that WE PAYED @TravisHunterJr a Million to play at @GoJSUTigersFB ! We as a PEOPLE don’t have to pay our PEOPLE to play with our PEOPLE.

He also claimed to have refused a phone call from Saban, demanding an apology or discussion to be conducted publicly.

It all seems like it’s water under the bridge, now, though. Either that or the two were able to be professionals to put their differences aside temporarily in order to shoot an ad campaign for Aflac. 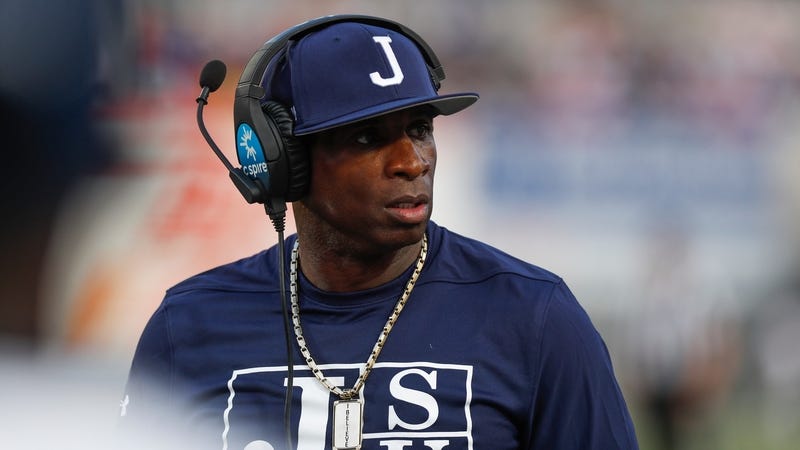 Deion Sanders responds again to Nick Saban for NIL comments: 'This ain't about me'