The Philadelphia Eagles are 8-0, the NFL's only undefeated team, amid a ten day layoff following their Thursday night win over the Texans.

When asked about the worry of his team getting complacent by Angelo Cataldi, Eagles head coach Nick Sirianni—the frontrunner to be named NFL coach of the year—explained his message: "We haven't accomplished anything yet."

"I think with the leaders that we have, you know our captains—Jason [Kelce] and Brandon [Graham] and Fletch [Fletcher Cox] and Jalen [Hurts] and Lane [Johnson] and Jake Elliott and [Darius] Slay. They're not going to let that happen," Sirianni said on Monday's 94WIP Morning Show when asked if he's worried about his team getting complacent.

"It's comforting as a coach. I'm a coach and I'm going to repeat things that they already know and they're going to be able to recite what I'm saying so I'm going to say it more.

"But when you have the leaders that we do on this team, they know that we haven't accomplished anything. What have we accomplished? Our goals are much bigger than just going 8-0, so you have to continue to put the work in. One of the stories that we talk about before the season ever starts is, 'Hey there are going to be teams that start this thing 5-1 and not make the playoffs and vice versa. There are going to be teams that start this thing out 1-5 that do make the playoffs.' So what is it? You've got to grow every day, right? And I'm not going to get into the fertilizer and the watering, but you have to grow every day. There are teams that don't. There are teams that are satisfied. Our goals are much bigger than 8-0 and everybody here knows that and everybody here feels that. And so, our goal is just to get better every day. That's all we can focus on is today and to do that each day you have to go about your business the right way and we have different ways that we do that, but we haven't accomplished anything yet. We're focused on Washington and how we can go 9-0."

The Eagles are massive 10.5 point home favorites vs. the Washington Commanders on Monday night at the Linc, and are currently slated to be favored in every remaining game of the regular season, creating some early buzz about the possibility of a 17-0 record. 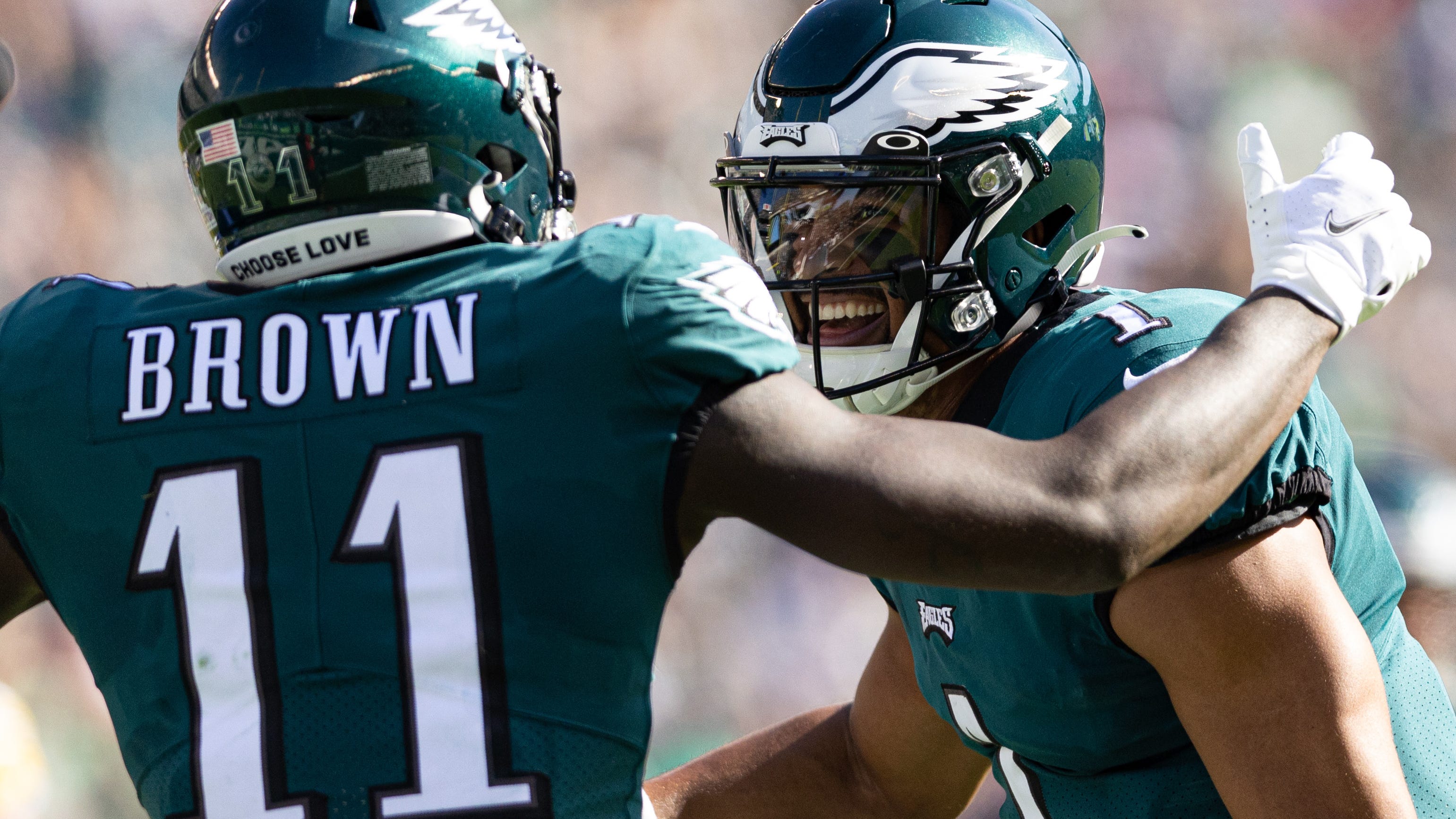 Baldinger: Eagles have what it takes for undefeated season