Baker Mayfield and his wife, Emily, had quite the anniversary celebration on Wednesday.

The couple was vacationing in the Bahamas to celebrate their third anniversary when they learned about the news that Baker was being traded from the Browns to the Carolina Panthers.

Emily celebrated the news on her Instagram story by sharing a photo Bleacher Report created of her husband photoshopped in a Panthers jersey and wrote, “on anniversary day too. Love to see it!”

Emily has not been afraid to vocally support her husband, especially during the last season in Cleveland in which he struggled while battling through injuries.

She had begged fans not to quit on him back in November and by the end of the season, after a four-interception game against the Packers, she again took to Instagram but this time shared death threats her husband was receiving.

Baker’s relationship with the team only deteriorated after the acquisition of Deshaun Watson.

But the couple will now get a fresh start in Carolina, where Mayfield will reportedly compete with Sam Darnold for the starting job. 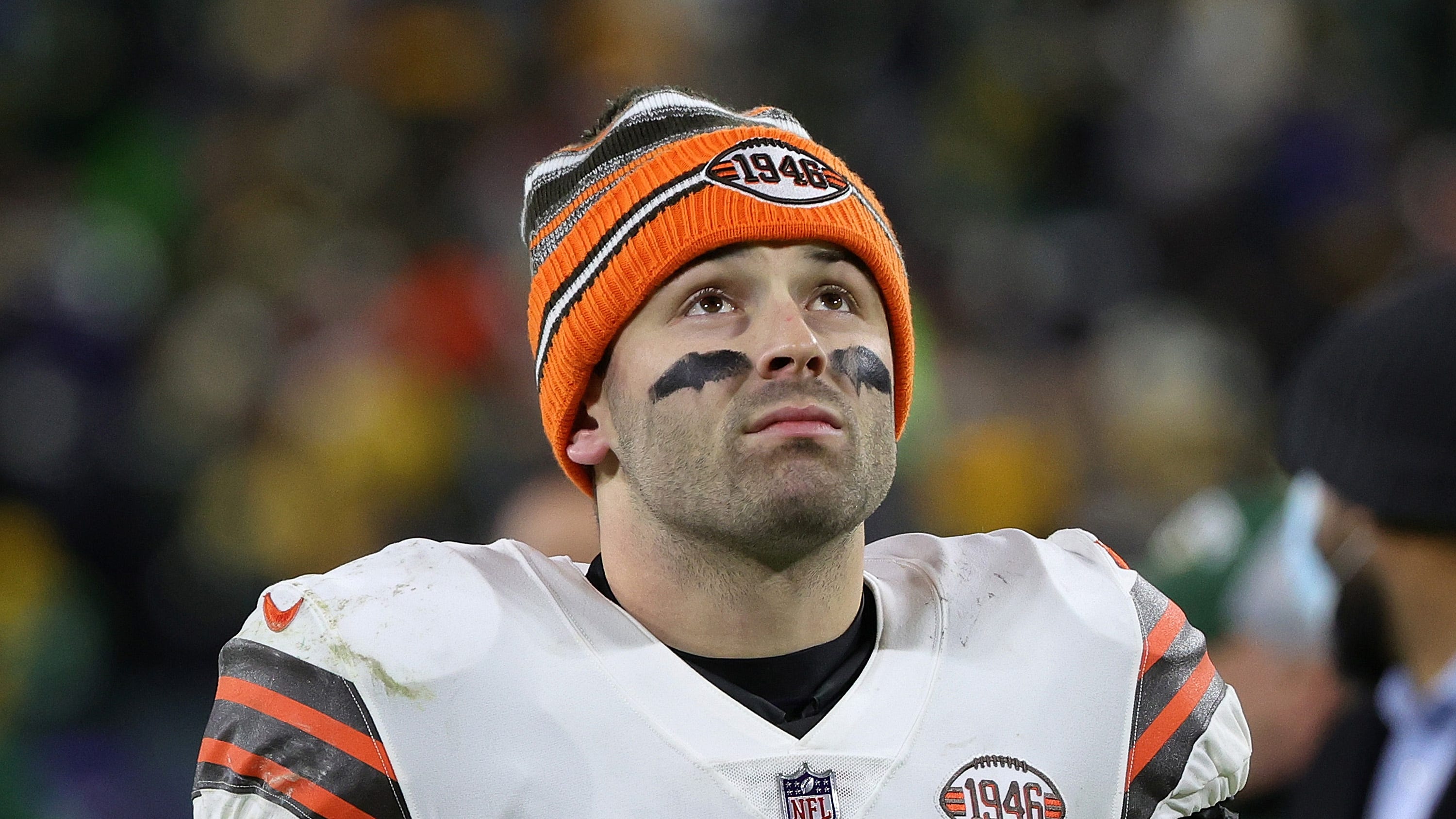