Justin Verlander made just one start between the 2020 and 2021 seasons, but in the last two full seasons that he's pitched, the nine-time All-Star has walked away with the American League Cy Young Award.

After signing a two-year/$50 million deal last winter to return to the Houston Astros, Verlander is once again a free agent because he triggered his opt out. While the former AL MVP is entering his age-40 season, he's said to be targeting a deal similar to the three-year/$130 million deal that his former teammate Max Scherzer signed with the New York Mets last offseason.

There would unquestionably be some risk in giving that type of deal to a pitcher that's thrown over 3,100 regular season innings in his illustrious career. Still, we expect there to be a robust mark for the future Hall of Famer. Here are five potential landing spots for Verlander in free agency: 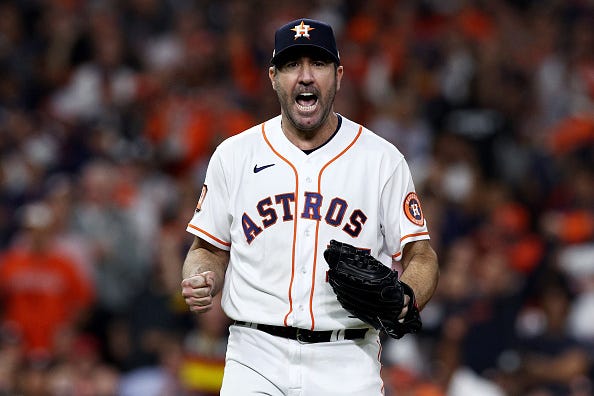 While he's only pitched three full seasons in Houston, Verlander has two AL Cy Young Awards and another runner-up finish to show for his time with the Astros. Of course, he's also won two World Series titles in Houston. At this stage, Verlander may be as remembered for being an Astro as the 13 seasons he spent with the Detroit Tigers. That will certainly be the case if he returns for another two or three years with the Astros. 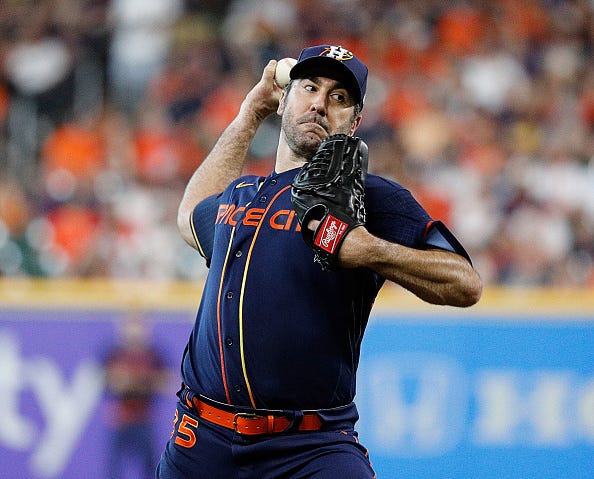 Before Verlander ever stepped on a Major League mound, Dave Dombrowski compared him to Nolan Ryan, a comparison that has aged shockingly well. That comp could become even more accurate if Verlander were to join the Rangers, the team Ryan signed with ahead of his age-42 season after nine seasons with ... the Astros. Jacob deGrom seems to be the top pitcher being connected with the Rangers, but it would certainly be a statement if Chris Young and company were able to sign Verlander away from what's become the preeminent team in the state of Texas. 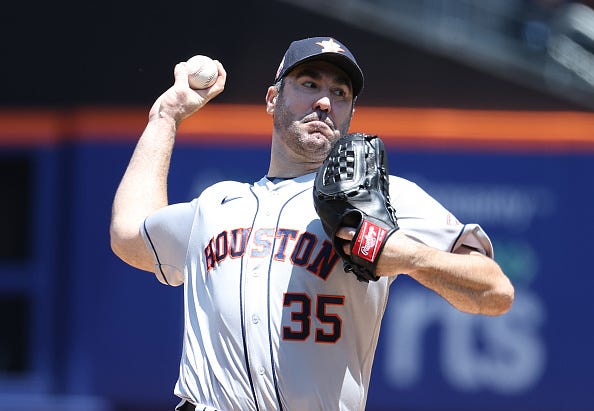 The aforementioned deGrom is one of the greatest players in Mets history, so Steve Cohen and company may very well attempt to retain him, even though he has been limited to just 26 starts in the past two seasons. But there's something to be said for availability, and Verlander made 28 starts in his first season back from Tommy John surgery. The Mets, according to Mike Puma of The New York Post, do have interest in Verlander, though it would be instead of deGrom, not in addition to him. Verlander reuniting with Scherzer, his former Tigers teammate, would be a great story. 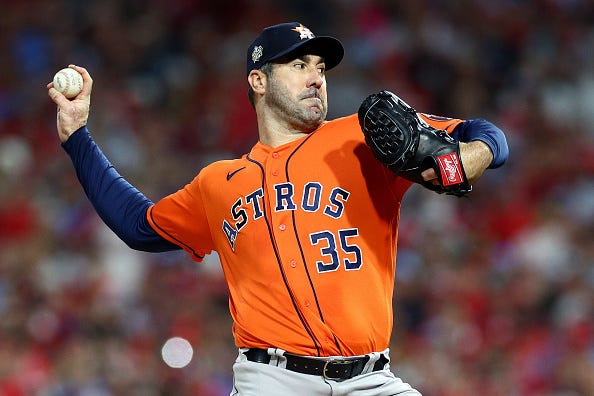 Verlander has been on the opposite end of some AL teams that are very unpopular in the Bronx, but it's not hard to imagine him and his wife, Kate Upton, adapting to New York. Aaron Judge, of course, is the top priority this offseason for Brian Cashman and the Yankees. But reuniting Verlander with Gerrit Cole -- in a rotation that also includes Nestor Cortes -- could help the Yankees to return to the World Series for the first time since 2009. 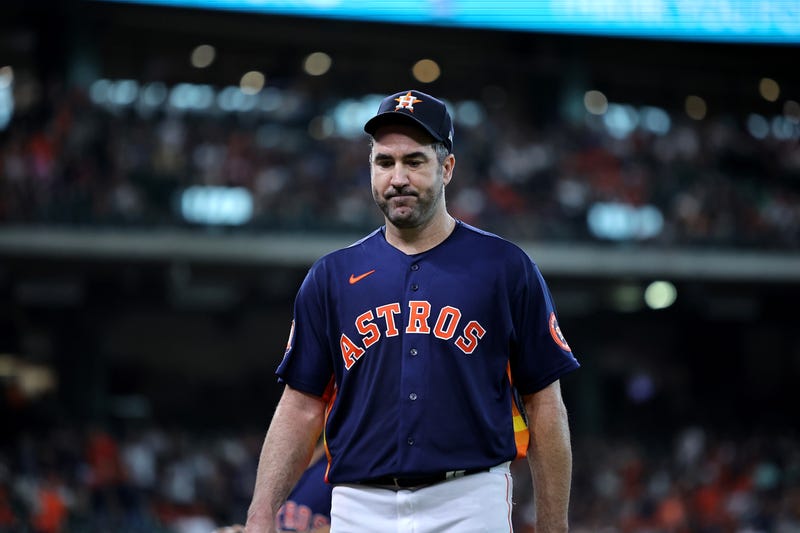 If Farhan Zaidi and the Giants don't want to commit to Carlos Rodón for five or six seasons, Verlander could be an interesting pivot. If Rodón leaves in free agency, the Giants will collect draft compensation because he declined the qualifying offer. Verlander wasn't eligible to receive a qualifying offer, so signing him won't require a new team giving up draft compensation. The Giants unquestionably lack the star power that both the Los Angeles Dodgers and San Diego Padres possess in the NL West, but signing Verlander would help them to close that gap. 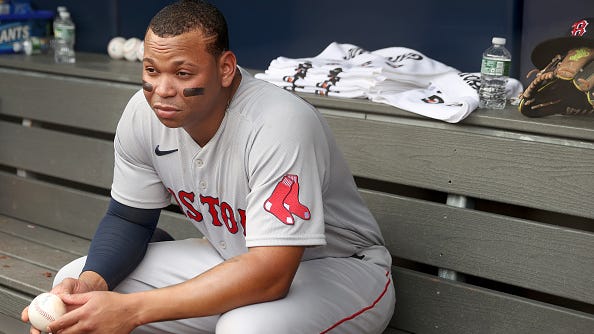