What are some of the worst looks in MLB history? RADIO.COM Sports unturned every stone in MLB history, and it turned out that there are so many ugly uniforms in the sport's past that the Los Angeles Dodgers' silk uniforms couldn't even crack the list. Here are our 10 least favorite uniforms in baseball history: 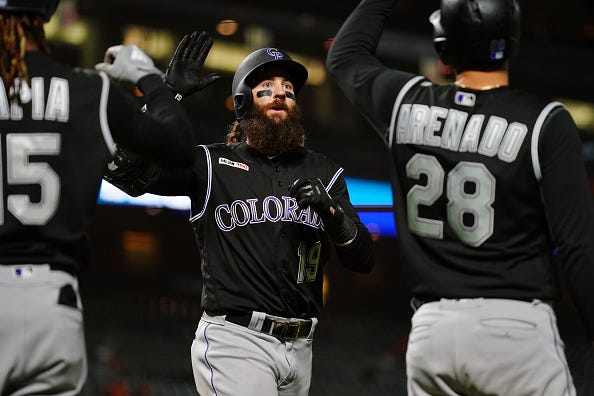 The Rockies were late to the vest jersey party when they introduced their black alternate tank tops in 2005, and they are late to abandon a look that most teams ditched a decade ago. In addition to it being embarrassing to still be regularly wearing a vest jersey, the Rockies probably could stand to improve their uniform font across all of their jerseys. The advice here is that when the Rockies do their next uniform refresh, they should lean heavily into purple. 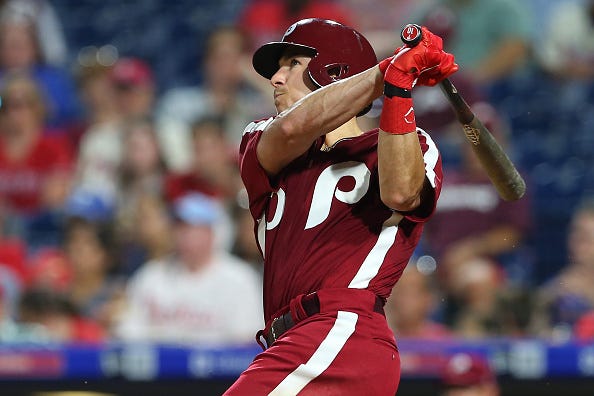 The Phillies initially debuted their maroon-on-maroon "Saturday Night Special" uniforms in 1979. As Uni Watch's Phil Hecken noted, the uniforms lasted just one game in 1979 - despite initial plans for it to be mixed in for a few Saturday home games - because even in a pre Twitter world the uniforms received such negative reviews. 40 years after the fact, the Phillies - probably ironically - rewore the jerseys for an July tilt with the Atlanta Braves. The Braves donned, arguably, the best uniforms in MLB history in that game, and appropriately defeated the Phillies 15-7. Though the brief return of the "Saturday Night Special" uniforms led to an iconic baseball card of Andrew McCutchen, they should probably be shelved permanently. 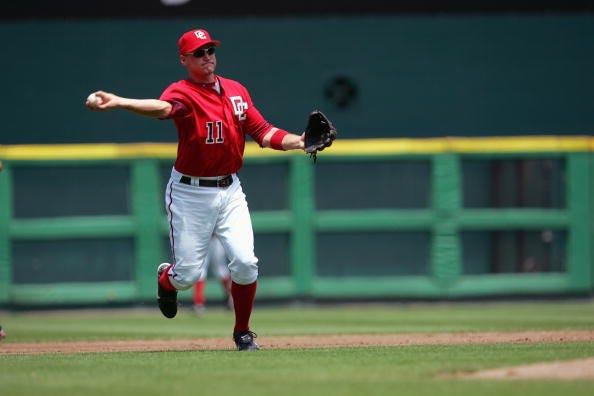 You'll notice a trend here: solid colored jerseys, especially red ones, don't tend to be aesthetically pleasing. The Nationals weren't an expansion team when they first came into existence in 2005, as they had relocated from Montreal. However, in the early years of the franchise, they dressed and played like an expansion team, most notably with these alternates, which inexplicably were worn in three different seasons. 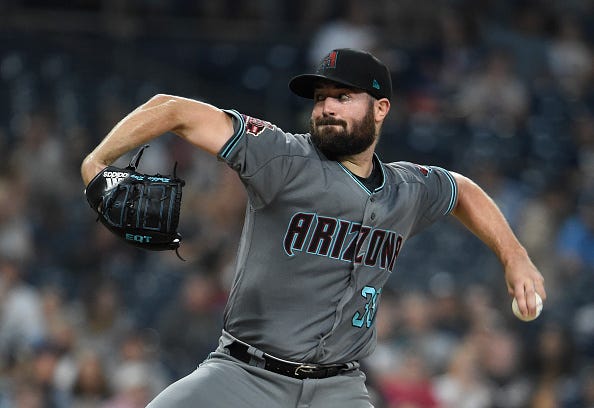 The Diamondbacks used MLB's move to Nike as the on-field apparel provider as an excuse to tweak their uniforms ahead of the 2020 season, just three years after having refreshed their look. Unfortunately for the snakes, their uniform updates prior to the 2017 season were pretty universally panned, with their grey and teal road alternates as perhaps the biggest offender. This shouldn't be difficult - the Diamondbacks should bring back purple and teal on a permanent basis. 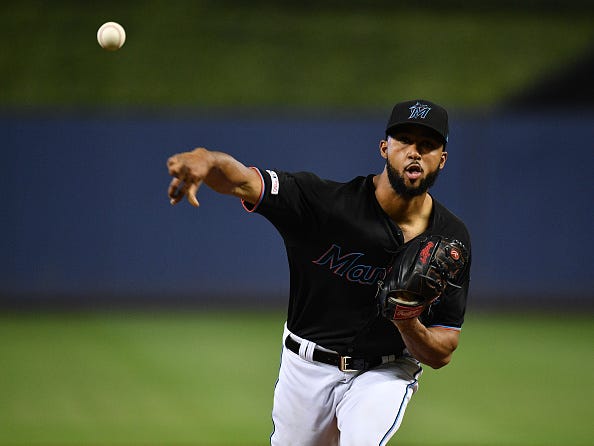 While the orange alternate tops were bad, the look that the Marlins sported from 2012 to 2018 was a pretty solid one, as it featured a strong road grey and a sharp black alternate. A new ownership group attempted to put their own spin on the look ahead of the 2019 season, and essentially ruined it. The new black alternate uniforms are virtually impossible to make out the font if you aren't right on top of the player. The Marlins organization appears to finally be heading in the right direction, but the guess here is they'll rebrand again within the next five years. 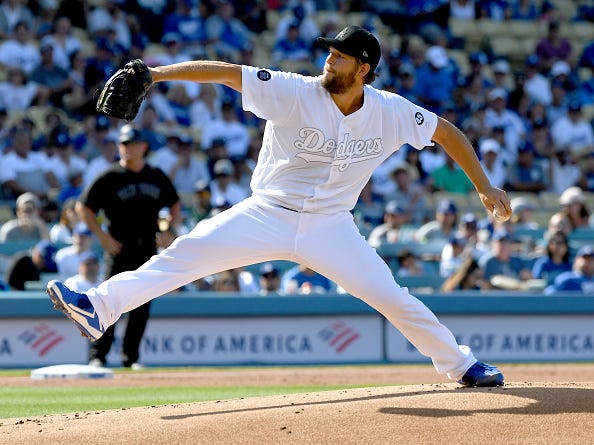 MLB Players Weekend, which started in 2017, is a cool concept. However, the monochromatic uniforms that MLB had each team use in 2019 were hideous. The worst twist was that while one team wore all white uniforms - contrasting with the all black uniforms used by the opponents - the starting pitcher on the team wearing the all white uniforms still had to wear a black hat, so batters could pick up the ball. Perhaps in the future teams should just be able to wear nicknames on the back of their normal jerseys for MLB Players Weekend.

The concept behind the 1998 Turn Ahead The Clock Uniforms worn across baseball was to predict what MLB uniforms would look like in 2021. Well, when they reignited their Turn Ahead The Clock rivalry (?) with the Seattle Mariners in 2018, they Royals didn't dare trot out their yellow vests and gold helmets again. It seems unlikely that the Royals transition to that look full-time (or on any basis) for the 2021 season. 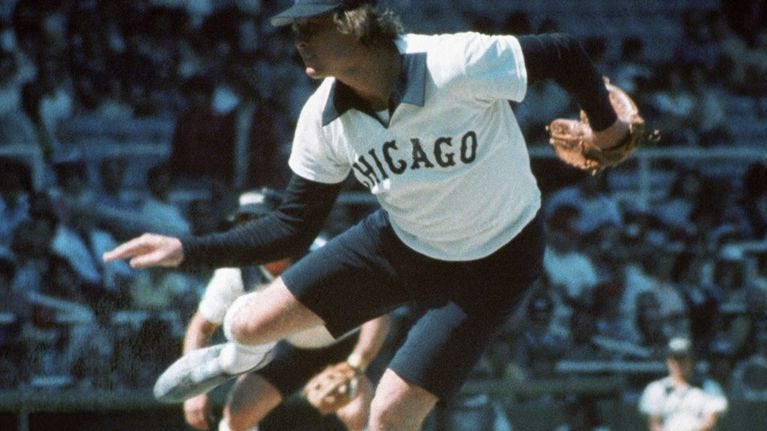 The White Sox suspended All-Star lefty Chris Sale in July of 2016 after he cut up the team's 1980s-era throwback uniforms because he thought they were too ugly. Imagine if he had been asked to wear the team's 1976 alternate uniforms. Not only did these alternates feature a collar, but players were literally asked to play Major League games while wearing shorts. As the legend goes, Hall of Famer Goose Gossage (picture above) said he planned to shave off all of his leg hair before the team wore the shorts in a game. It doesn't appear above as though he found an appropriate mechanism for doing so before the Chi Sox donned their shorts.

If you thought that the Steelers' bumble bee alternate jerseys were the worst uniforms in the history of Pittsburgh sports, we raise you the Pirates' red alternate jerseys. The team's Turn Ahead The Clock Red Alternates in 1998 weren't ugly enough apparently, so the Buccos felt the need to add a red alternate uniform (and it was a vest, to make it worse) ahead of the 2007 season. The Pirates generally have been one of the better dressed franchises in baseball history, but it's hard to sweep these under the rug. 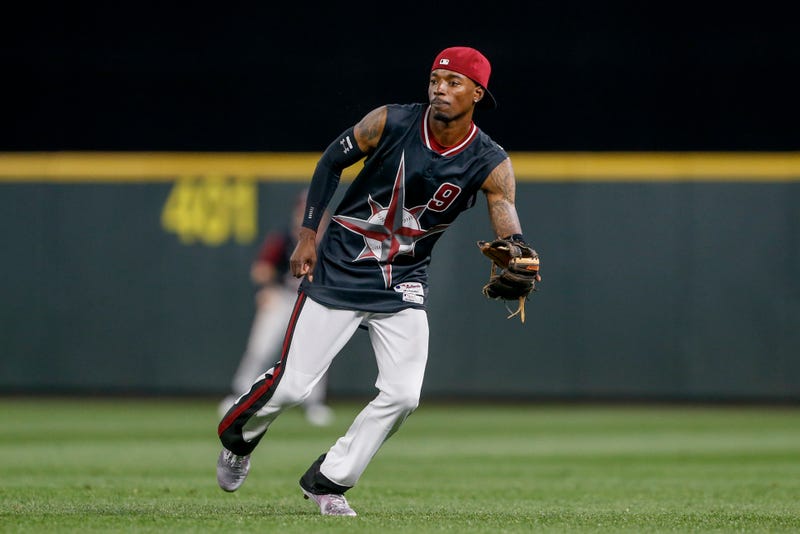 Though we're generally pretty fond of the Mariners' look, it's hard not to laugh at their Turn Ahead The Clock Uniforms. The uniforms seemingly aren't designed to be tucked in, and they are completely sleeveless and don't come with a matching undershirt, a look that was especially ridiculous for more muscular players like Nelson Cruz. Additionally, players in 2018 were permitted to wear the hats that go with the uniform backwards, something that Mariners' infielder Dee Gordon took advantage of. Even Ken Griffey Jr., who was part of the original squad to wear these uniforms, couldn't possibly be excited by the possibility of getting to wear his hat backwards in a game if it meant he had to wear these uniforms.