The period between 1996 and 2004 was one of the darkest in the history of the Pittsburgh Pirates franchise, an organization that began play in 1882 under the name "Alleghenys."

During the aforementioned nine seasons, the Pirates went just 649-806-1. Over this nine-season span, the Pirates didn't post a single winning season, with the 79 wins during the 1997 season serving as the high-water mark.

Despite this, Jason Kendall was one of baseball's top catchers during the nine seasons that he spent with the Pirates. Between 1996 and 2004, Kendall made three All-Star teams, hit .306 and finished third among all catchers with a 31.2 fWAR, trailing only future Hall of Famers Iván Rodríguez and Mike Piazza.

At his peak, Kendall was one of the best all-around players in the sport, one who probably didn't get enough credit for how good a career he had because he played for a franchise that never sniffed the postseason.

But while the Pirates haven't had much in the way of success over the last 25 years, they're one of baseball's oldest franchises, and have employed quite a few superstars in their history. So Kendall -- like Bob Friend, Dave Parker, Bill Mazeroski, Brian Giles and Fred Clarke -- fell just short of cracking our countdown of the nine greatest players in Pirates history: 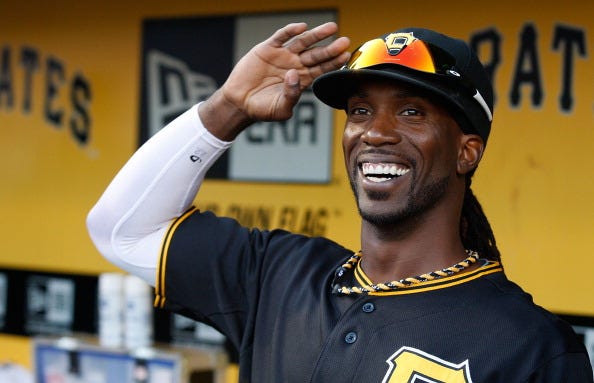 Andrew McCutchen is one of the greatest players in Pirates history. Photo credit (Jared Wickerham/Getty Images)

One of the most universally liked players of his era, McCutchen spent the first nine seasons of his career in Pittsburgh. During his time with the Buccos, McCutchen made five All-Star teams, while winning four Silver Sluggers and a Gold Glove Award. Between 2012 and 2015, McCutchen finished in the top five in National League MVP voting every season, capturing the award in 2013. 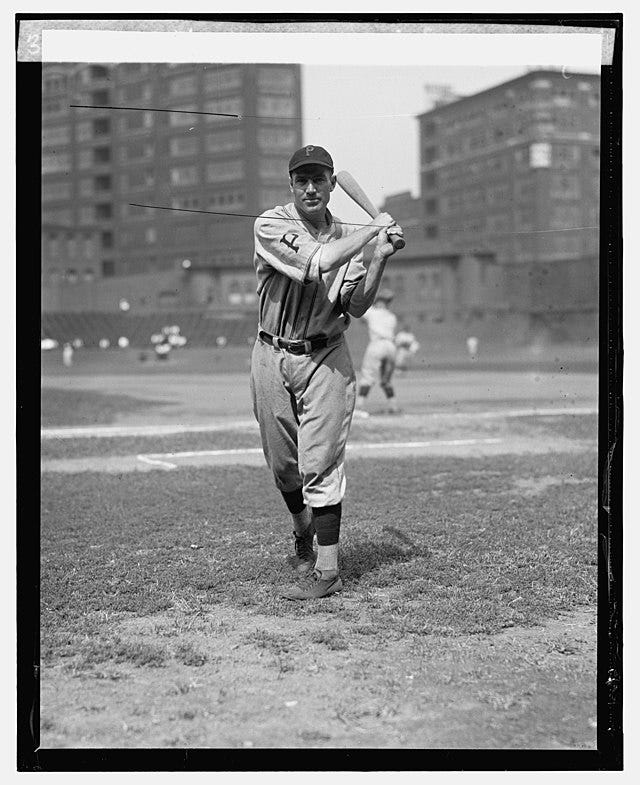 Traynor led baseball in triples in 1923, and his 164 career triples are fourth in franchise history. But while he finished his career with a .320 batting average, Branch Rickey dubbed Traynor "a mechanically perfect third baseman" when he was inducted into the Hall of Fame in 1948. One of the better third basemen in baseball history, Traynor's No. 20 was retired by the Pirates in 1972. 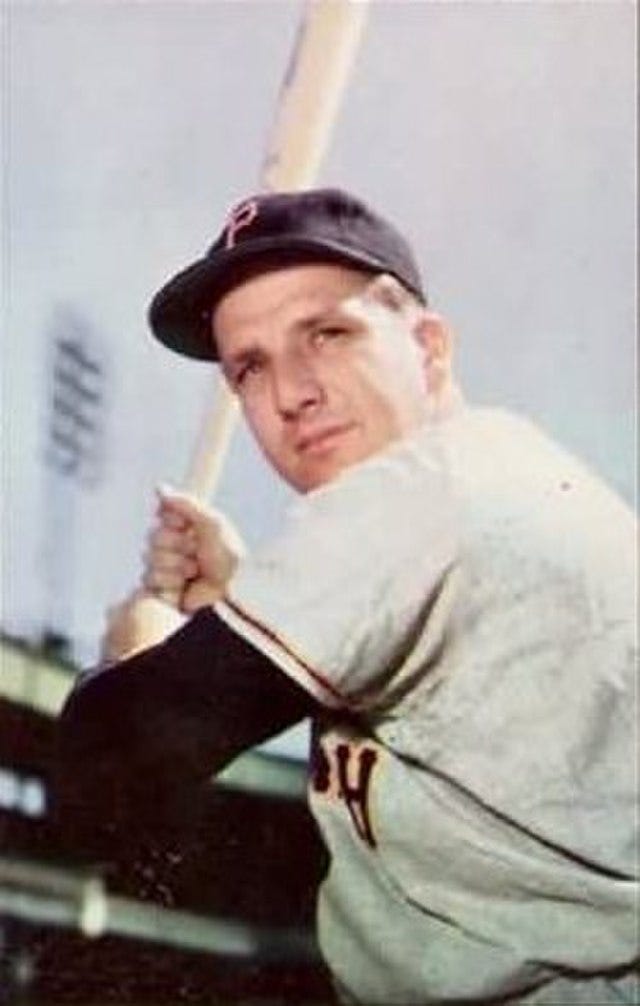 Ralph Kiner is one of the greatest players in Pirates history. Photo credit (Bowman/Wikimedia Commons)

Kiner's career only lasted a decade -- with seven-and-a-half of those seasons coming in Pittsburgh -- but he had one of the great power stretches in MLB history to open his career. Between 1946 and 1952, his first seven seasons, Kiner led the National League in home runs every season, homering 294 times over the period. As a Pirate, Kiner homered once every 13 at-bats, which is still a franchise record. A six-time All-Star, Kiner was inducted into the Hall of Fame in 1975, and had his No. 4 retired by the Pirates in 1987. 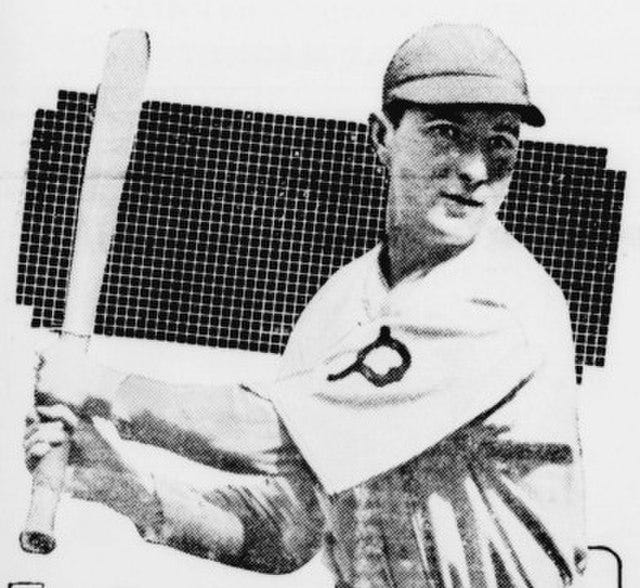 Paul Waner is one of the greatest players in Pirates history. Photo credit (Wikimedia Commons)

While Waner isn't the greatest right fielder in Pirates history, he's certainly one of the best players to ever suit up for the franchise. Waner hit .340 in 15 seasons with the Pirates -- which is second in franchise history -- winning National League batting titles in 1927, 1934 and 1936. Waner was a four-time All-Star, who finished in the top five in senior circuit MVP voting on four occasions, winning the award in 1927. "Big Poison" was elected to the Hall of Fame in 1952, and his No. 11 was retired by the Pirates in 2007. 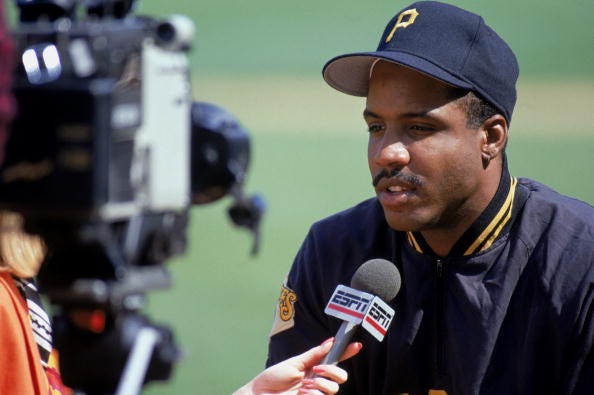 Barry Bonds is one of the greatest players in Pirates history. Photo credit (Jonathan Daniel/Getty Images)

It's often said that Bonds had a resume worthy of Cooperstown before he's suspected of beginning to use performance-enhancing drugs, and that's true. A bulk of that Hall of Fame-caliber production came during the seven seasons that Bonds spent in Pittsburgh to being his career. Before Bonds ever played a game with the San Francisco Giants, he was a two-time National League MVP, along with having earned three Silver Sluggers and three Gold Glove Awards. If Bonds had remained in Pittsburgh for a few more seasons, he would probably be No. 1 on this list. 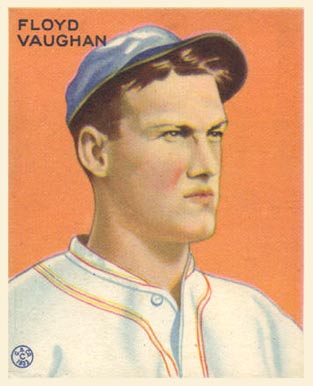 Arky Vaughan is one of the greatest players in Pirates history. Photo credit (Wikimedia Commons)

Arguably one of the five greatest shortstops in MLB history, Vaughan spent the first decade of his Hall of Fame career with the Pirates. During that time, Vaughn won the 1935 National League batting title, while also leading the NL in runs scored, triples, walks, on-base percentage, slugging percentage, OPS and OPS+ on at least one occasion. Vaughan made nine All-Star Game appearances during his 14-year career, eight of which came during his time with the Pirates. 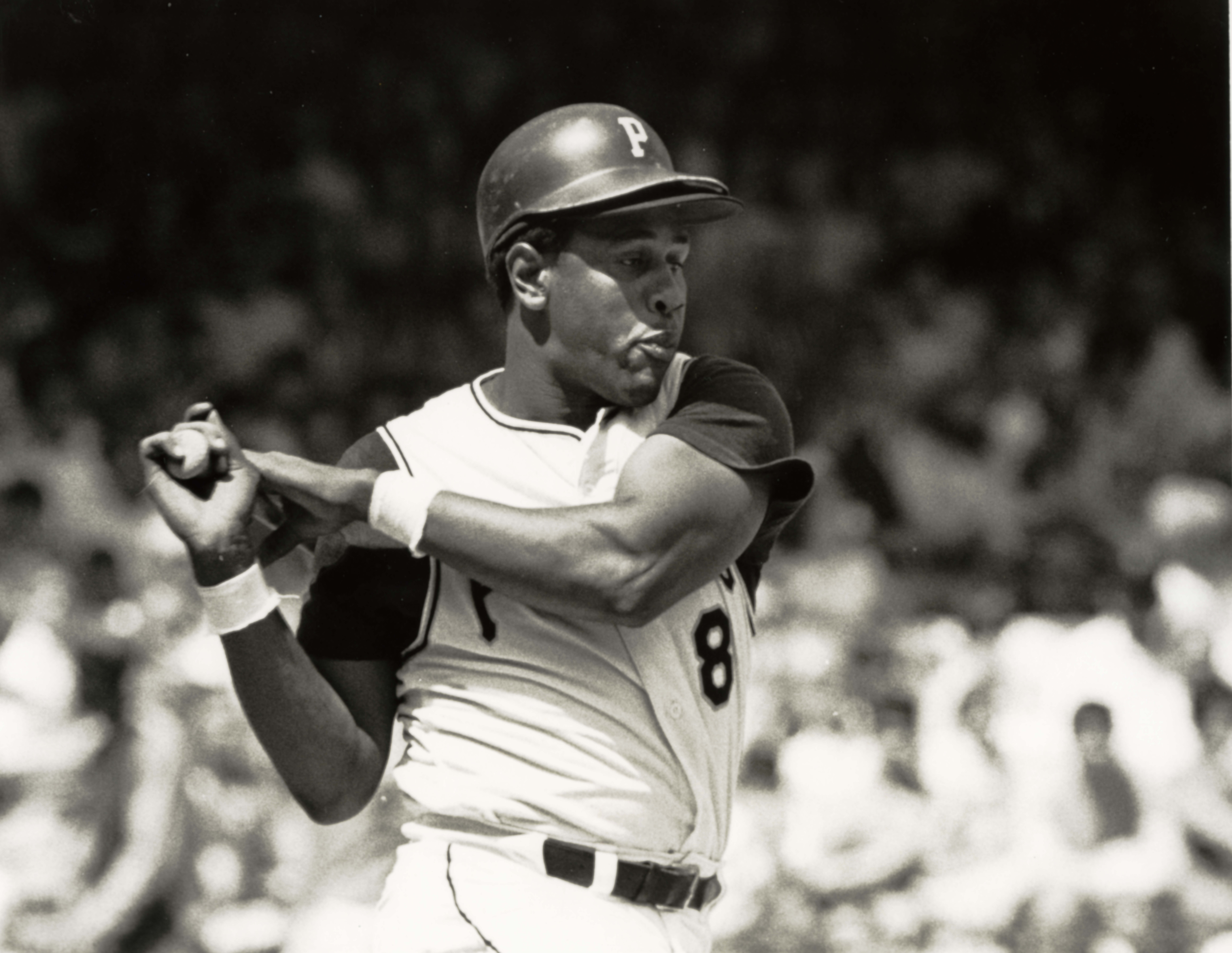 Willie Stargell is one of the greatest Pirates ever. Photo credit (Malcolm Emmons/USA Today)

Stargell spent all 21 seasons of his career in Pittsburgh, leading the National League in home runs in both 1971 and 1973. Stargell -- one of the most gifted power hitters in MLB history -- is the franchise's all-time leader in home runs (475), RBIs (1,540) and walks (937). "Pops" won the NL MVP in 1979, his age-39 season. That same year, the "We Are Family" Pirates won the World Series, with Stargell being named MVP of the Fall Classic. Stargell was elected to the Hall of Fame in 1988, six years after the Pirates retired his No. 8. 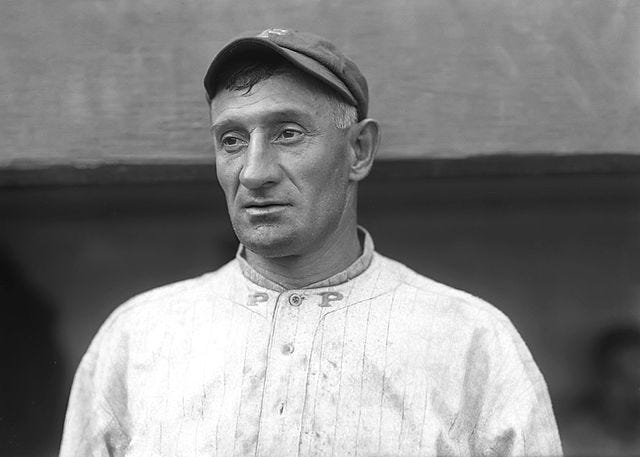 Honus Wagner is one of the greatest players in Pirates history. Photo credit (Wikimedia Commons)

With all due respect to Vaughan and Jack Wilson, the greatest shortstop in the history of the Pirates -- and perhaps all of baseball -- is Wagner. After beginning his career with the Louisville Colonels, Wagner joined the Pirates in 1900, his age-26 season. All he would do as a Pirate was win eight National League batting titles, while also leading the NL in on-base percentage, slugging percentage, OPS, OPS+, doubles, RBIs and stolen bases in at least three seasons. Among all players in Pirates history, Wagner is the all-time leader in fWAR (127.2), offensive WAR (113.1) and runs scored (1,521). Wagner was elected to the Hall of Fame in 1936, and you can certainly make a case that he is deserving of the top spot on this list. 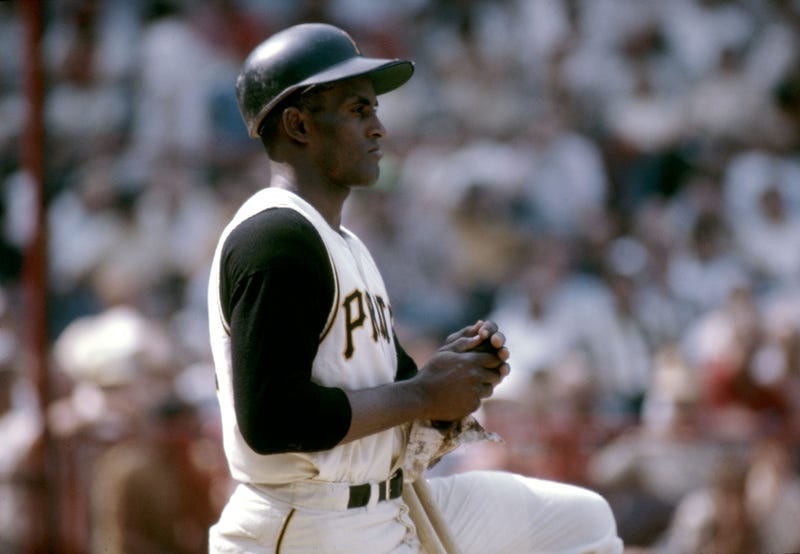 Roberto Clemente is one of the greatest players in Pirates history. Photo credit (Malcolm Emmons/USA Today)

Clemente was one of the greatest men in MLB history, and we're giving him the honor of the best player to ever suit up for the Pirates. An all-time great right fielder, Clemente was a 12-time Gold Glove Award winner, the most in the history of the position. Clemente won four batting titles (1961, 1964, 1965 & 1967), and is unsurprisingly the Pirates' all-time leader in hits with exactly 3,000. A 15-time All-Star, Clemente was inducted into the Hall of Fame in 1973, the same year that his No. 21 was retired by the Pirates. Every season, one player in baseball wins the Roberto Clemente Award, with the parameters being "the player who best represents the game of Baseball through extraordinary character, community involvement, philanthropy and positive contributions, both on and off the field." 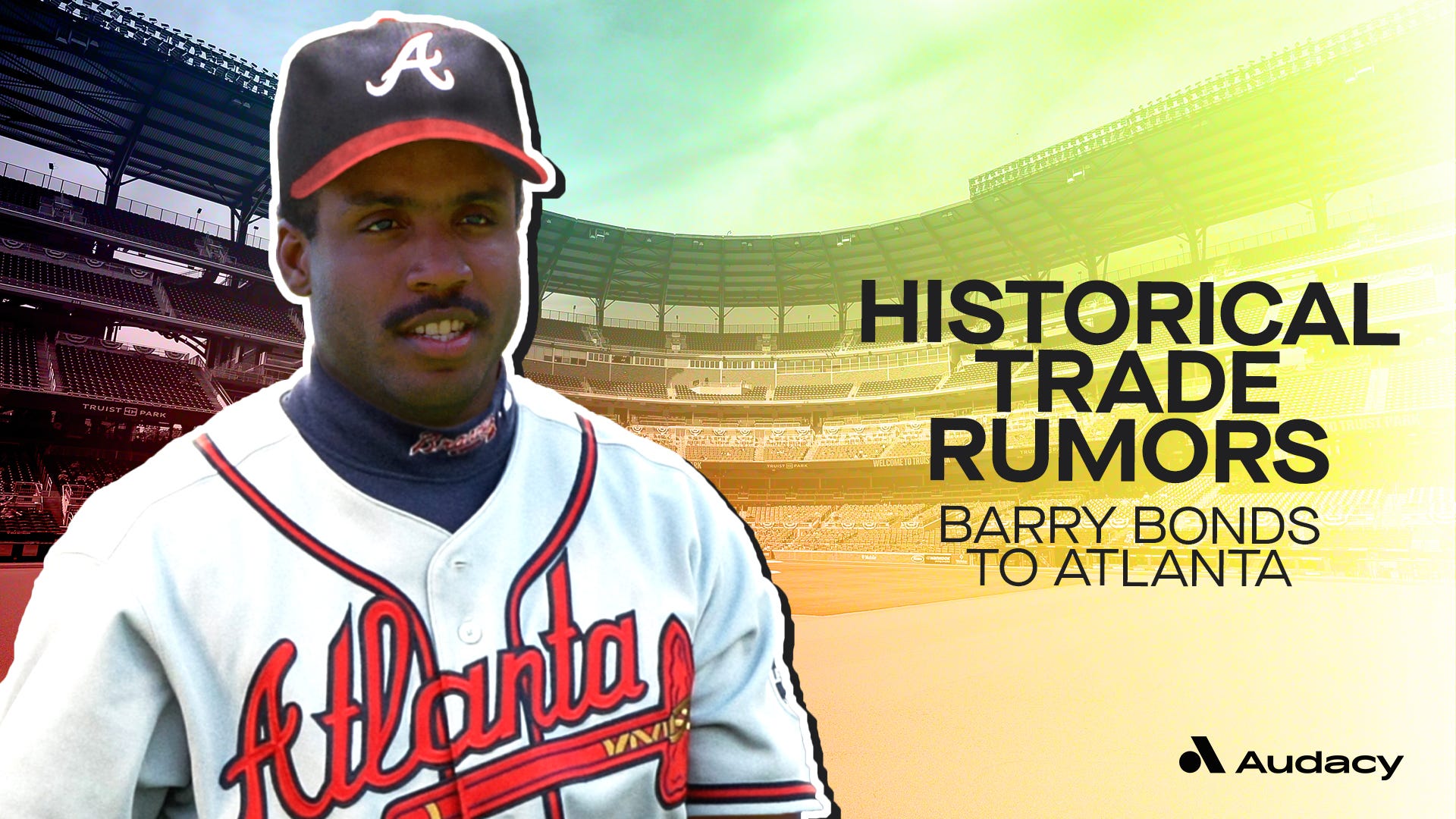 Historical Trade Rumors: The Barry Bonds to the Braves trade that was scrapped