The Giants sit atop the NFC East after two NFL Sundays, but their 2-0 start may just be a mirage.

After coming back from 13 down to beat the Titans in dramatic fashion in Week 1, they squeaked out a 19-16 win over the Panthers on Sunday. It’s the Giants’ first 2-0 start since 2016 and hopes are running high in New York, but those two wins were by a combined four points.

“I think they’re finding ways to win games that they would’ve otherwise lost the last few years. I think of the Denver game in Week 1 last year, they lost to Atlanta at home. They were losing games in September to bad teams when the schedule was soft and they dug themselves a hole,” Fillipponi said. “Joe Judge graciously stepped into that grave and was done.

“They’re a rebuilding team that’s in a weird spot because they’re in cap hell from their previous GM and they’ve got a quarterback that’s probably a lame duck,” he continued. “So this is like the year before you probably get the next wave of Giants players in there that you hope to win with. I don’t think any Giant fan – any right-minded Giant fan – would look at the first two games and think that they’ve got the quarterback right. But they might think they have the coach right.”

Jones had a good start in Week 1 in the air, completing 17 of 21 passes for 188 yards with two touchdowns, but he also turned the ball over twice with an interception and fumble lost in Tennessee. This week, Jones lucked out on a few would-be interceptions while passing for 176 yards on 22 of 34 attempts with one touchdown.

On the other hand, Daboll has shown time and time again that he may have what it takes to bring the Giants back into contention.

“That’s huge, obviously. It’s a honeymoon period for Daboll because the key is going to be, assuming they draft a quarterback, is he’ll be judged on if he can turn the next quarterback into the next Josh Allen. That’s how he’s going to be judged, and now these wins are putting you in a spot to draft a lesser talent at quarterback,” Parkins said. “I know that’s something that like talk show hosts have the luxury of thinking of and coaches and players try to win every game, but it’s a complete mirage.

“Daniel Jones, he should’ve thrown a pick-6 right before the half. The guy still can’t see a linebacker just dropping into coverage who’s right there in front of him. It’s unbelievable how you can be four years into the NFL, be a top-10 pick, and still be that bad at processing. It’s Mitch Trubisky. It’s the exact same thing. We talk about giving guys leashes or whatever. Yeah you’re saying it’s a lame-duck quarterback, it’s kind of remarkable that he’s lasted this long.”

Even with the 2-0 start this season, Jones’ record is 14-25 in his career. While a quarterback can’t be fully blamed for a team’s record, especially during a rebuilding phase, it’s hard for an NFL team to win without a star – or even decent – quarterback. Jones has shown flashes in the past and this may be his last chance to prove himself in potentially a lame-duck year.

Overall, the Giants will look to prove that their 2-0 start isn’t a mirage with a big matchup at MetLife Stadium against a Dak Prescott-less Cowboys on Monday Night Football in Week 3. 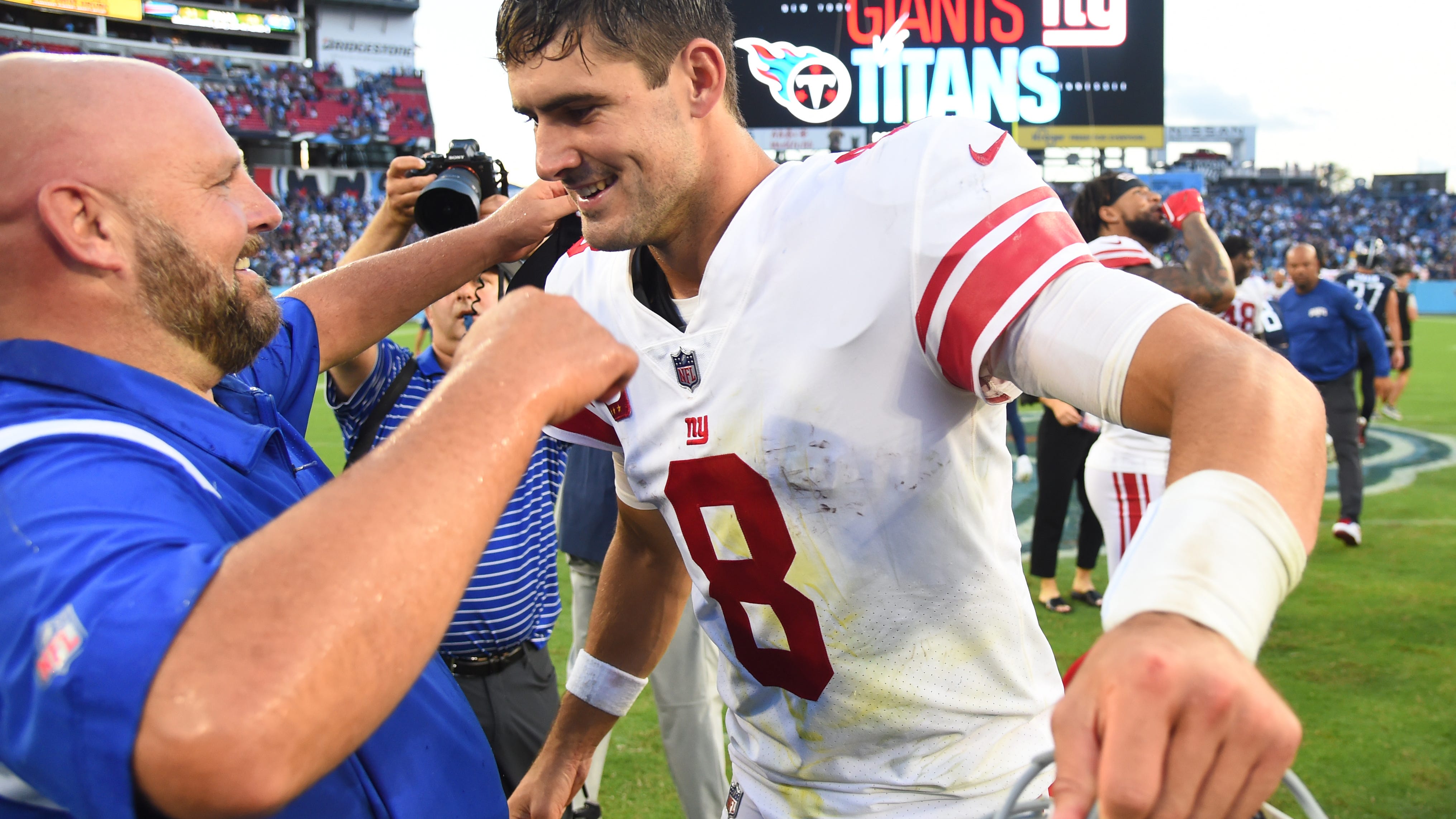