Kyrie Irving and the Brooklyn Nets appear to be even closer to an inevitable breakup.

According to Kristian Winfield of the New York Daily News, Irving’s camp has requested and received permission from the Nets to speak with other teams about potential sign-and-trade packages.

The Nets and Irving have reportedly been at an impasse over a long-term contract extension while a Wednesday deadline looms for him to opt into his $36 million player option for next season.

If he does not opt in he would become a free agent but no contending team would have the cap space to sign him to a max deal, thus a sign-and-trade being the most likely scenario in which Irving leaves Brooklyn.

Irving has reportedly listed the Lakers, Clippers, Knicks, Heat, 76ers and Mavericks as his preferred teams for a sign-and-trade.

If Irving did decline his player option he could still sign with the Lakers for a $6 million exception — which would be an extraordinary pay cut.

Per Jake Fischer of Bleacher Report, Irving has an increasing willingness to do just that and re-sign long-term in 2023.

Sources with knowledge of the situation have increasingly believed Kyrie Irving's willingness to opt out of Brooklyn, sign the $6M taxpayer midlevel with the Lakers, where Irving can re-sign long-term in 2023.

Irving has proven not to be totally motivated by money this past season by his refusal to get vaccinated against COVID-19 — a requirement for NYC private employees that led to him missing most of last season before he was elevated to a part-time player.

This is likely part of the reason why the Nets are playing hardball with Irving and why other teams may be reluctant to commit a max contract to him despite being one of the most talented players in the league.

Irving’s best leverage seems to be the threat of Kevin Durant requesting a trade should he leave the team. Durant and Nets GM Sean Marks have yet to speak this offseason, per Winfield.

The next 48 hours may be able to paint a clearer picture of where this is all headed. 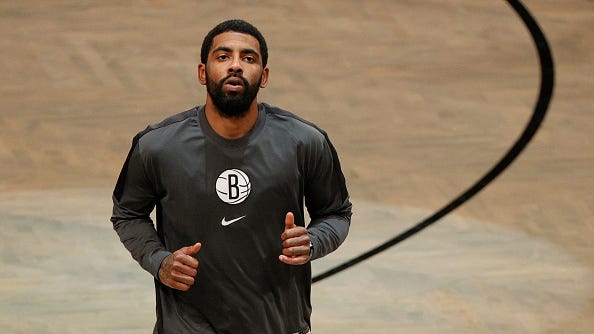 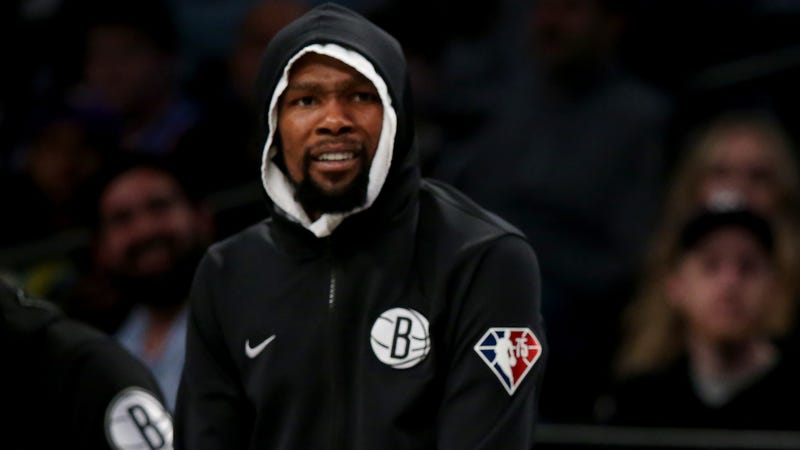