They all showed up at the USC mass vaccination site, which is run by the city and opened earlier this month. The site is at the corner of Exposition and Figueroa next to USC’s University Park campus and will be open from 8 a.m. to 4 p.m. and accommodate drive up, walk up and others who need additional access. The site is being used primarily to get South LA residents to get vaccinated.

Magic Johnson, who was a star player for the LA Lakers and owns stakes in both the LA Dodgers and WNBA LA Sparks, received the Pfizer vaccine.

Mayor Garcetti said Johnson has given back and invested in the communities.

"He has been somebody who has spoken about public health very personally and made sure he has always put his action and the power of his platform to use at saving other's lives," Garcetti said.

Johnson said "it is so important I have been doing everything the right way. Wearing my mask, cleaning my hands all the time."

"Now the most important thing is to get this vaccine to ease my mind and I have done all my research and homework and consulted my doctors and I want to do it for me and for my family but also for my community, too, at the same time," he said adding he "can't wait" to get his shot.

Trejo, who owns Trejos Tacos around LA, said he is getting it for his family. He is getting the Moderna vaccine.

Funny guy Hall, who can most recently be seen in "Coming 2 America" with Eddie Murphy, was receiving the one-dose Johnson & Johnson dose.

He said his mother "begged" him to come. "I trust our scientists..." he said. "We got to do this and get back to normal. Donald J. Trump and Barack Obama both got this, and they don't agree on nothing! But they both got the vaccine!"

USC President Dr. Carol Folt said "this is a privilege for USC."

She said "equity and access is the big driver and that is what we are trying to do today." 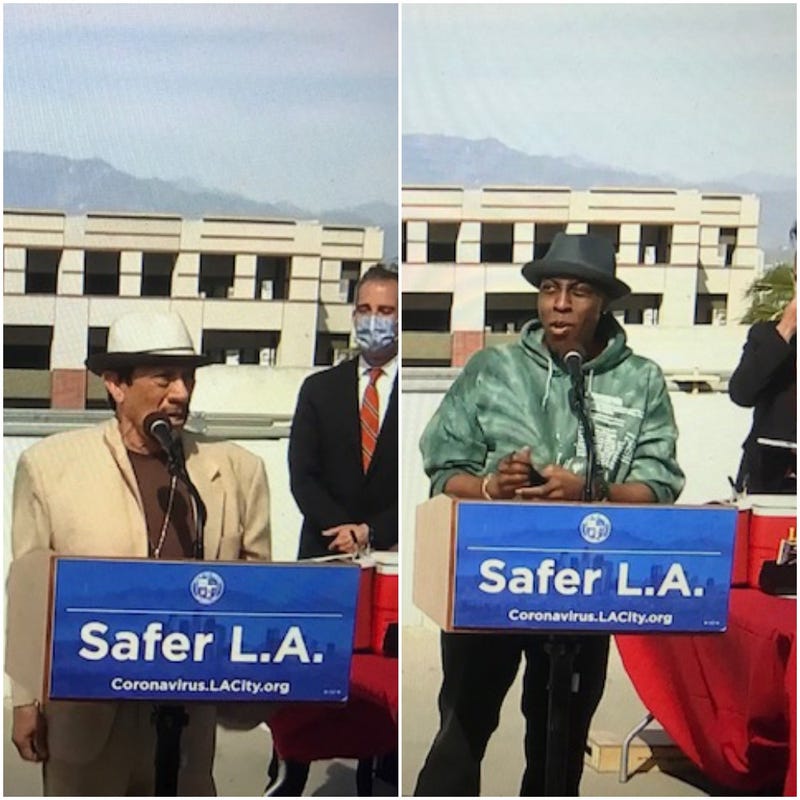