Back in May, Beasley became very outspoken about new guidance from Dr. Anthony Fauci, the top government epidemiologist, when he said that those vaccinated against Covid-19 no longer need to wear masks outside.

"I do that without being vaccinated. Is this illegal now," the Buffalo Bills receiver questioned.

In the time since he made that comment, Beasley has become the poster child for NFL players who do not wish to be vaccinated. In June, he wrote that if he’s “forced into retirement, so be it,” when he discovered what the NFL's Covid-19 protocols would be during training camp and the preseason for players who were unvaccinated.

At that time, he even expressed his displeasure with how the NFL Players Association was handling the matter, calling them "a joke" for not fighting for players who were against the vaccine.

Fast forward to today and Beasley is now saying that he will get vaccinated and be an advocate for the Pfizer vaccine if the company "puts a percentage of its earnings from the vaccine in my wife’s name."

The former Dallas Cowboy has yet to respond to Cuban's offer.

The three COVID-19 vaccines currently approved in the United States - Pfizer, Moderna and Johnson & Johnson - have varying rates of effectiveness, but all drastically decrease your chances of contracting the virus. None of the vaccines will give you 100% certainty that you won't acquire COVID-19, but if a vaccine is 94% effective - which studies suggest that the Pfizer vaccine is - that's a whole lot more protection than 0%.

NFL.com's Tom Pelissero reported on July 12 that ten NFL teams were above the league's 85% threshold for vaccinations. The NFL has informed teams that they would avoid restrictions by the start of training camp if they are able to get above that threshold. 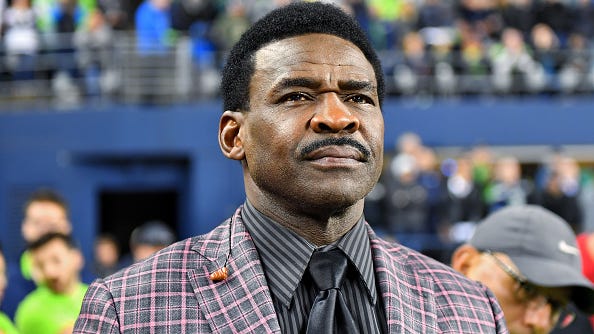