In perhaps the most bizarre moment of the season, Major League Baseball is investigating Pirates’ Rodolfo Castro after his phone fell out of his pocket on the field during Tuesday’s game against the Diamondbacks.

MLB insider Ken Rosenthal reported that the league is looking into the matter because, technically, Castro was in violation of MLB’s rules prohibiting electronic devices on the field or in the dugout.

The only electronic devices allowed are MLB-approved iPads.

Castro’s cellphone fell out of his back pocket in the fourth inning when he dove head first into third base during a 6-4 loss. He told reporters after the game that it was an unintentional mistake.

“I don’t think there’s any professional ballplayer that would ever go out there with any intentions of taking a cellphone,” he said, through an interpreter. “It’s horrible it happened to me. Obviously, it was very unintentional.”

Castro, a 23-year-old infielder who was recently called up from the minors, added that his oven mitt sliding glove was in his back pocket and didn’t realize the phone was still in there.

Why does Rodolfo Castro have a phone in his back pocket while running the bases??? I’ve never seen that before pic.twitter.com/H9Iy87A8j2

The Houston Astros scandal in 2017, in which the team used live feeds to relay catcher signals in real time, as well as an Apple Watch snafu between the Yankees and Red Sox that same year, has led to a crackdown of use electronic devices.

Pirates manager Derek Shelton defended Castro made an honest mistake as it is unclear whether or not he will face any discipline.

“This was just a kid who made a mistake,” he told reporters. “It’s just one of those things we move forward from and tell him, ‘You can’t do that.’” 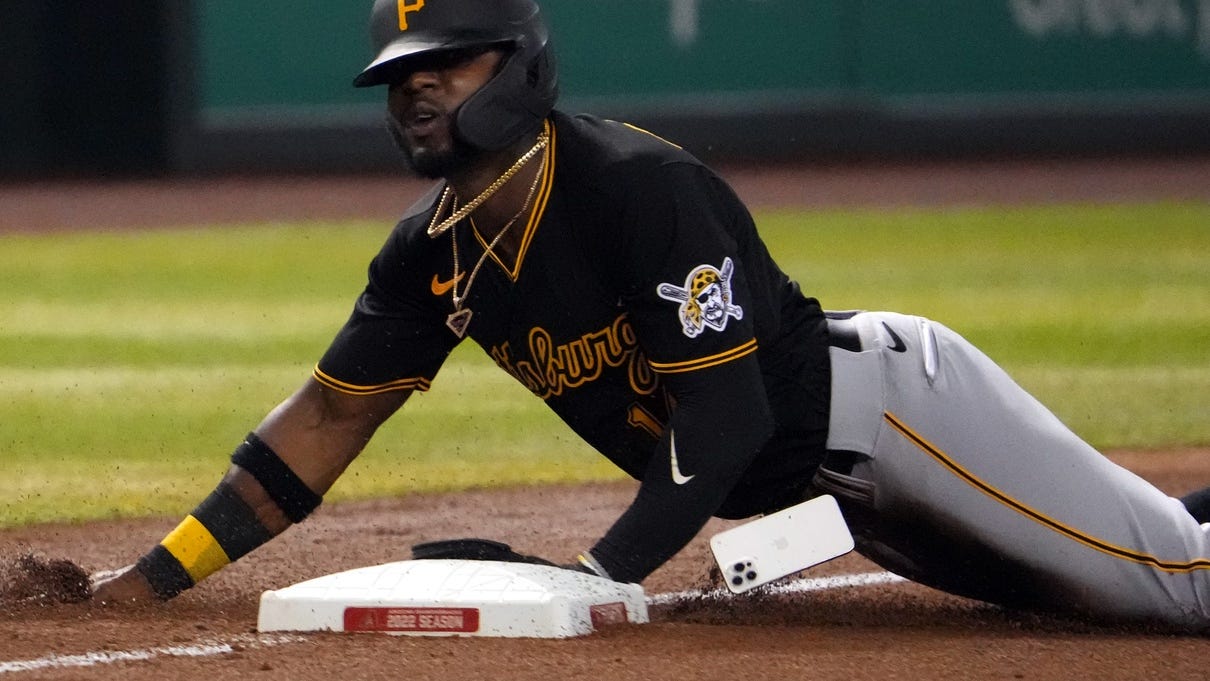