One punch cost a Staten Island man a night in the slammer, and also his chance to ever watch the Rangers at home again.

Madison Square Garden announced Friday afternoon that the 29-year-old Staten Island man who threw a knockout punch at a Lightning fan after leaving Game 5 of the Rangers-Lightning series Thursday night has been “banned from The Garden and all MSG venues for life.”

In their statement, MSG called the incident, which saw the perpetrator punch another man and then also attack a Good Samaritan who tried to stop him as he ran away, “an abhorrent assault,” and revealed that venue officials “ensured the victims received appropriate medical care.”

The statement then announced perpetrator’s ban, and concluded by saying that “all guests, no matter what team they support, should feel safe and respected at The Garden.”

Police confirmed Friday that the perpetrator was located and arrested inside MSG shortly after the incident, and charged with two counts each of assault, disorderly conduct, and harassment. 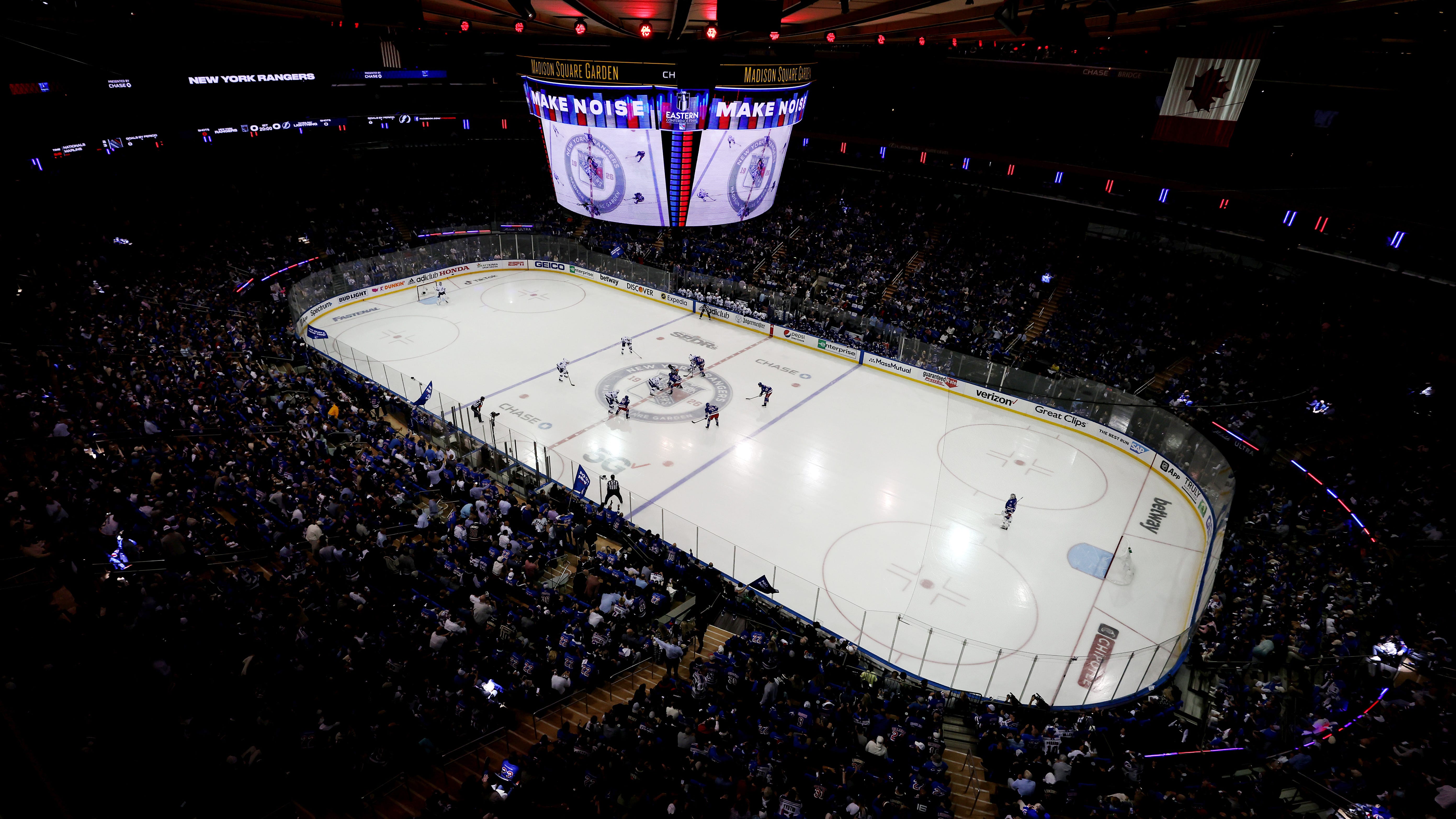 In addition to MSG itself, Madison Square Garden Entertainment subsidiaries include Radio City Music Hall and the Beacon Theatre in New York, as well as the Chicago Theatre and two MSG Sphere amphitheaters coming to Las Vegas and London, so it’s likely his ban extends to all of those venues.