At times, Jordan Poole was looking like he’d be the Golden State Warriors’ postseason hero.

Now, they might need to hide him on the bench.

Poole had a breakout campaign and became a key part of Steve Kerr’s rotation. He’s had memorable performances this postseason, however he was a mess in the Warriors’ loss to the Boston Celtics in Game 1 of the NBA Finals.

In 25 minutes of action, the 22-year-old was just 2-of-7 from the field, making just one of his five 3-point attempts.

That obviously won't cut it, and on the "Brian Windhorst and the Hoop Collective" podcast, former Celtics big man Kendrick Perkins suggested that Poole is in over his head.

“Here’s the thing about Jordan Poole," Perkins said (13:14 mark in the player above). "They’re not going to be able to play Jordan Poole in this series. The Celtics are too good defensively for Jordan Poole. He hasn’t seen athletic wings like Jaylen Brown and Jayson Tatum, that’s No. 1, and Grant Williams and Marcus Smart. It’s going to be hard for him to get his game up.

The Warriors also didn’t play Gary Payton II, who was available. Between Payton, Porter (who played 23:31 in Game 1) and even Andre Iguodala, the Warriors have options to dole out those minutes if they so choose.

That said, the best thing for the Warriors would be to just try to get Poole back on track, because being able to get 25-ish quality minutes out of him is obviously preferable to shortening the bench.

Poole and the Warriors will have a chance to get back on track Sunday night in Game 2 at Chase Center. 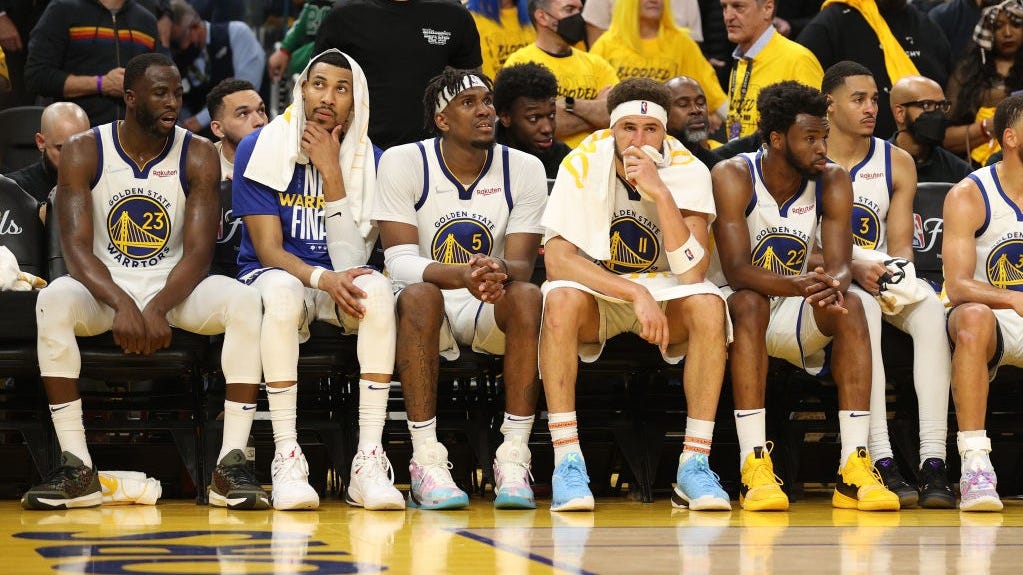