By Dan Mennella and The Zach Gelb Show

The 49ers struck early ahead of the NFL trade deadline, making a blockbuster deal to land star running back Christian McCaffrey from the Carolina Panthers.

The 26-year-old ballcarrier was a Pro Bowler and All-Pro in 2019, but was limited to just 10 games in 2020-21 due to a variety of injuries. This season, he played in all six of Carolina's games and was productive before being dealt to San Francisco.

While the Niners came away with the household name in the swap, NBC Sports NFL insider Peter King believes they paid a premium by surrendering four draft picks -- a second-, third-, fourth- and fifth-rounder -- plus the added cost of McCaffrey's hefty future salary.

"I thought San Francisco paid a lot for it, in giving four picks" King said on CBS Sports' Zach Gelb Show. "I thought this would cost basically about a two. Because, Christian McCaffrey obviously, when healthy, is an excellent player, but he's missed so much time the last two years, that even though he's only 26 years old, I don't know how you trade for him and think you're going to get a guy who's going to play 16,17 games every year.

"But, I think the other side of this is that San Francisco is only paying $690,000 for him this year, and next year the big money kicks in -- $11.8 million. I'm not sure I'd even want to pay him that much. I'd rather put some of that in incentives. But, who knows if McCaffrey will be willing to redo the contract -- we'll see."

And while King says he was already picking the 49ers to win the NFC West, he believes McCaffrey can still be a "huge asset" to them.

"I gave the edge to the 49ers even before this move.

"But, in essence, the 49ers now have a good weapon, an explosive player in the backfield, who, if he stays healthy, will be a huge asset to them.

"I thought San Francisco paid a lot for it." -@peter_king on #FTTB trade of Christian McCaffrey. 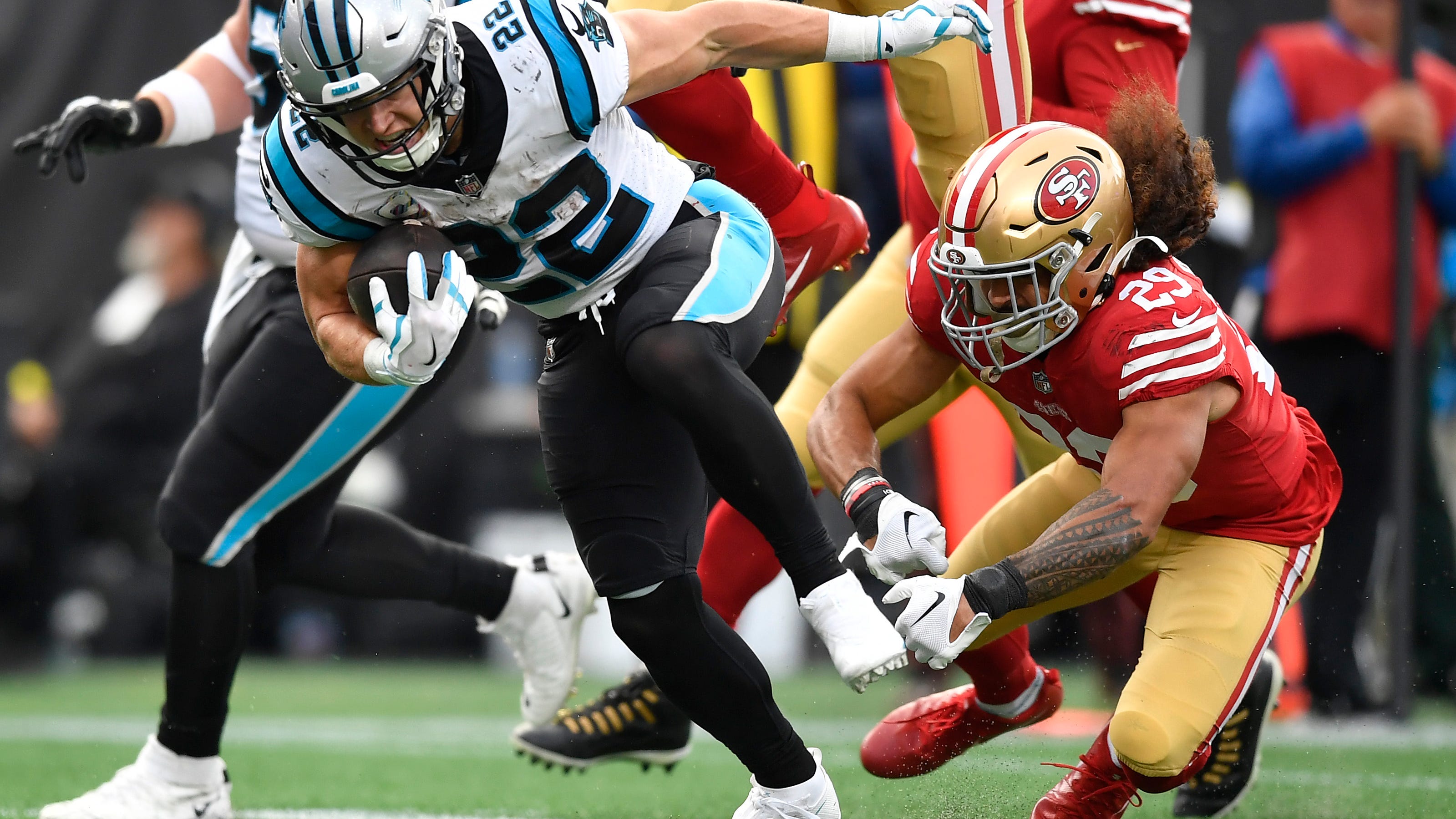