The New York Mets, who held a 10.5-game lead on June 1st and seven-game lead on August 10th, now find themselves two games behind the Atlanta Braves with three games remaining. A sweep in Atlanta at the hands of the reigning World Series champions has left the Mets searching for answers.

The Braves outscored the Mets 14-7 in the three game sweep, with New York being held to just two runs on both Friday and Saturday with aces Jacob deGrom and Max Scherzer on the mound.

The Mets have had smaller concerns about the lineup all year, but those whispers have gotten louder as the season moved along.

Evan Roberts of the Audacy Original Podcast “Rico Brogna” dug into those issues, questioning the Mets front office for a lackluster trade deadline that could cost them a deep playoff run.

“If this season ends early, and I think most of us think it will right now, we will look back at that trade deadline and say ‘Why weren’t you more aggressive? Why wasn’t Willson Contreras acquired?” Roberts said (3:50 in player above). “Why – whatever guy you want to come up with, I know some argued for J.D. Martinez, Willson Contreras – whoever the hell you want to come up with, why didn’t you do more? Because right now, besides the stars just not living up to their hype – which is on them more than it is (Billy) Eppler or Steve Cohen – it is about this lineup looks weak. You didn’t do enough. And results, this is a results-oriented business. There haven’t been enough results from this DH spot. You knew it was one of the bigger issues at the deadline, it wasn’t addressed.”

Rather than trade for a big bat at the deadline, the Mets acquired a few platoon players: Daniel Vogelbach, Darin Ruf, and Tyler Naquin among them.

There are free agents that can improve the team in the offseason, but Roberts doesn’t want to get ahead of things.

“Now, I know there are a lot of Met fans – I’m getting in my Mets text chat – ‘Gotta give Aaron Judge $500 million. You gotta do this. You gotta do that. Listen, there’s going to be time for that. I don’t want to do that now. We don’t want to do that now,” he said. “We all want to fantasize about what they should add to this team for next year? For next year? This has been one of the great regular seasons we’ve witnessed as a fanbase until the last three games and now we’re starting to gameplan the offseason? Here’s what we got to gameplan, and it sucks to say it, we got to gameplan, ‘Hey, who do you want to play, the Padres or the Phillies?’”

The Mets will likely finish the season as the top NL Wild Card team and face off against the second-place Wild Card team in a best-of-three series at Citi Field. The Padres hold a one-game lead over the Phillies with three games remaining.

All of this can be put behind the Mets if they come out hot in the postseason, as Roberts explained, but this season is starting to feel like the same old Mets. 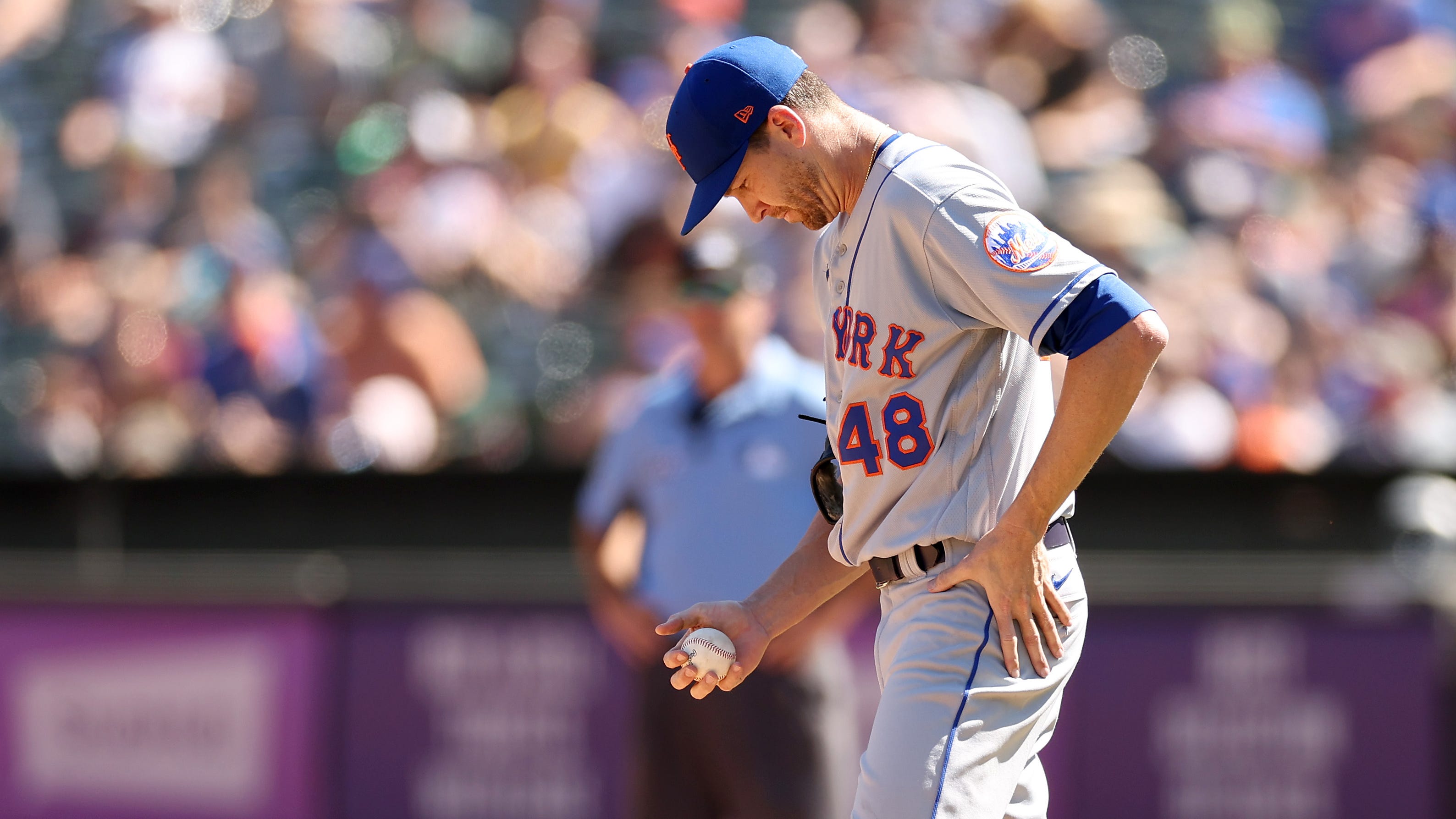